Skip to content
Become a member and get exclusive access to articles, live sessions and more!
Start Your Free Trial
Home > Features > Richie Cole: A Bebopper in the ’Burgh 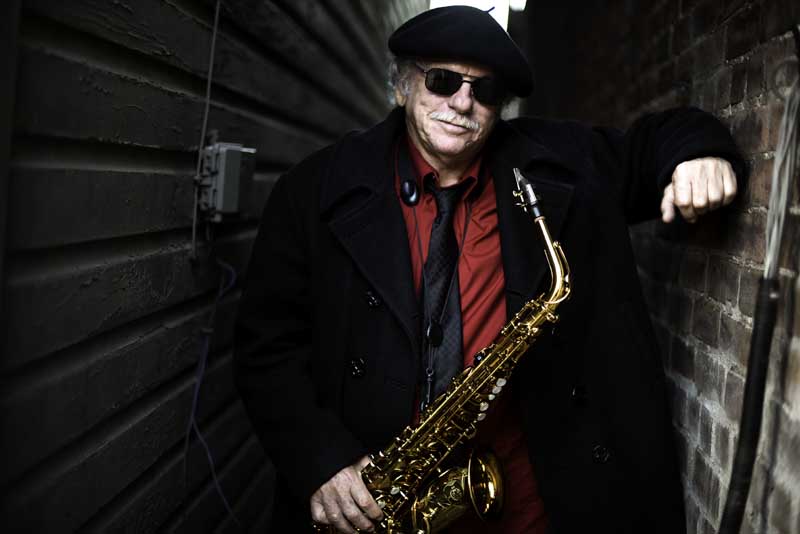 “And now we’re going to play something by a great jazz artist—Frankie Avalon.” The audience in the upstairs room of the James Street Gastropub, on Pittsburgh’s North Side, laughs easily at Richie Cole’s introduction. His Pittsburgh Alto Madness Orchestra—an octet with alto and tenor saxophones, trumpet, trombone and a four-piece rhythm section—launches into an intro that sounds undeniably like “Poinciana.” But just beyond the opening section, sure enough, they dig into a bossa-nova revision of “Venus,” the song Avalon immortalized in 1959. Cole wasn’t kidding. Furthermore, this isn’t just a novelty number or a crossover attempt. It swings with utmost sincerity, making cynics in the audience appreciate the melodic potential of the wistful song. Cole has a knack for putting a shine on music that might be overlooked otherwise.

From Billy Strayhorn and Art Blakey to Stanley Turrentine and Ahmad Jamal, jazz legends have historically had to leave Pittsburgh to make their careers and find creative fulfillment. Other than pianist Geri Allen, the University of Pittsburgh alum who returned to run the school’s jazz studies program, it’s rare that an established name settles in the city. But Cole, who has released more than 50 albums since the 1970s, both as a leader and a coleader alongside the likes of Phil Woods and Sonny Stitt, moved here to be with family three years ago. Since that time, he’s ingratiated himself with a wealth of local players. And having penned compositions with titles like “I Have a Home in Pittsburgh,” Cole won’t be leaving any time soon. “After 68 years, I have come to my Shangri-La,” he says.

While his frequently zany onstage banter can evoke Lou Donaldson, Cole plays with a rich, romantic tone that better suggests his former mentor and collaborator Woods. That sound is in fine form on Cole’s recently released Plays Ballads & Love Songs. At Duran’s, a bar where Cole often plays in Pittsburgh’s Carnegie suburb, he says, “I tell everyone, ‘I don’t play the saxophone; I sing the saxophone.’ I blow the saxophone as a vocalist. I tell a story. ‘I Left My Heart in San Francisco’ does not have a trumpet solo, a piano solo and a bass solo. It would ruin the whole thing. It’s a story—a short story. You want a novel? Listen to John Coltrane! And that’s good too, man!”

The saxophonist started honing his narrative skills when he dropped out of Berklee to join Buddy Rich’s big band in the late 1960s. Cole has only good memories of the famously belligerent drummer. “Buddy used to say, ‘The bus leaves at 12 o’clock, and I don’t mean 12:01.’ He only asked you to be on time and do your job,” Cole says. “That’s why Buddy and I got along great. I did my job. I minded my own business and I treated him with the respect that he deserved. He wanted me to marry his daughter.”

Cole left the band after three years, hoping to find a more personal sound. He eventually wound up in New York, frequenting Loft-scene havens like Ali’s Alley and Ladies’ Fort, and working with vocalist Eddie Jefferson and the Manhattan Transfer. After recording several albums as a leader for Muse, his travels continued, including a tour of Australia with another musician known for his high expectations, saxophonist Stitt. “Play with him, he’s the nicest guy in the world. He was like my dad,” Cole remembers. “But at first he can be real tough.”

When Cole relocated to Pittsburgh, following albums for Palo Alto, Concord, Milestone, Heads Up and other labels, he put together a rehearsal band in order to bring his original material to life. “Playing the saxophone is a hobby. What I really like to do is spend 12 hours a day sitting around writing music, especially for my Alto Madness Orchestra,” he explains. Bassist Mark Perna came to a few rehearsals, and recalls Cole complaining that he couldn’t get hired for a gig. “I said, ‘What are you doing Tuesday?’ He said, ‘Nothing.’ I said, ‘You’ve got a gig. I’ll pick you up at 6.’”

Before long, Perna helped Cole get the Pittsburgh Alto Madness Orchestra into the studio. At one session, the entire horn section had to cancel. Rather than scrap the date, Cole, Perna, guitarist Eric Susoeff, and drummer Vince Taglieri treated it like a gig. Cole called classics like “Spring Can Really Hang You Up the Most” and “It’s Magic.” He also steered the band through rarities like “The Internationale,” the de facto U.S.S.R. anthem until World War II, which brought Russian soldiers to tears when Cole performed it in post-Cold War Moscow—after having been warned not to play it by event organizers. “Don’t tell me not to do something,” Cole recalls with another hearty laugh.

When the session was done, they realized they had completed something new in the Cole canon: an all-ballads album. With Perna’s production help, Cole released it on his own RCP (Richie Cole Presents) imprint. The Alto Madness Orchestra’s The Many Minds of Richie Cole followed in March, and better showcases Cole’s dynamic, lighthearted nature. “Humor is a big part of his personality. [On] the orchestra album, I tried to keep that,” Perna says. “Most of his albums don’t show the humorous side, other than maybe an album title. Of all the guys I’ve worked with he’s probably the least judgmental of all of them. He just loves to play and he’s happy to play with whoever will play with him.”

Whether it’s “Venus” or his own “Plan 9 From Outer Space,” inspired by the good-bad film of the same name, Cole knows how to straddle chops and shtick. “I’ve always been torn between serious jazz and showbiz,” he says. “I like both, without sacrificing my integrity [in] music. That’s why I can get away with it.”

At 95, Chicago-based guitarist George Freeman is among the world’s oldest active jazz musicians. Although he came of musical age in the 1940s and counts … END_OF_DOCUMENT_TOKEN_TO_BE_REPLACED

When you’re on TV, everybody knows you, or at least thinks they know you. Take Kevin Eubanks, who was on NBC’s Tonight Show five nights … END_OF_DOCUMENT_TOKEN_TO_BE_REPLACED

Jimmy Katz leads many lives. He is the preeminent currently active jazz photographer, and has shot more than 200 magazine covers and over 600 recording … END_OF_DOCUMENT_TOKEN_TO_BE_REPLACED