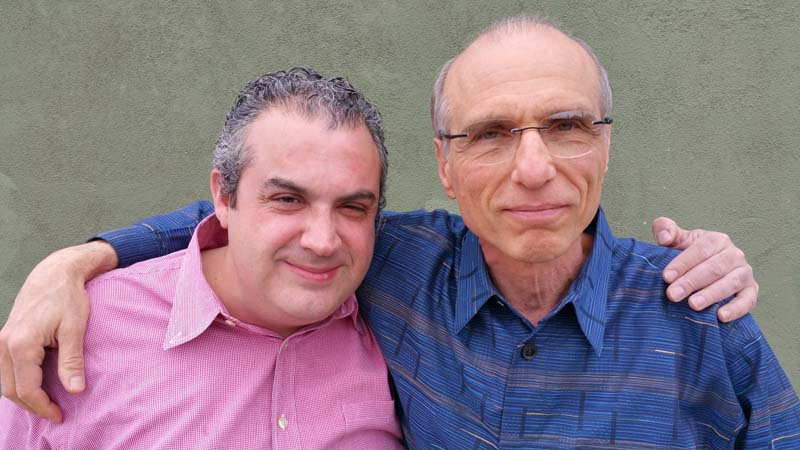 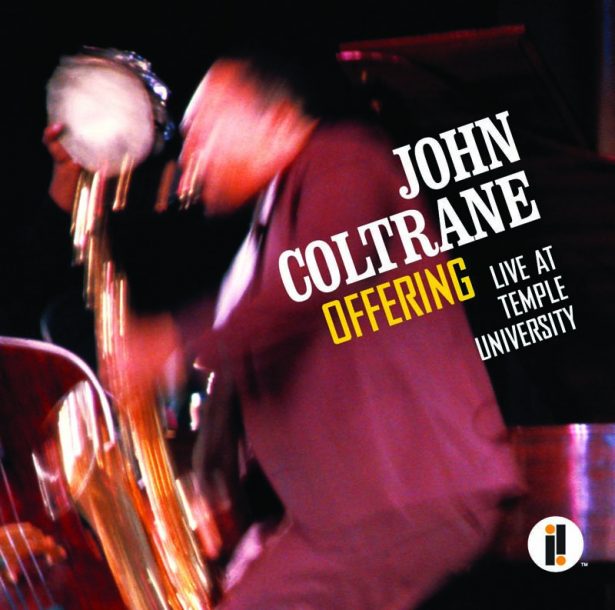 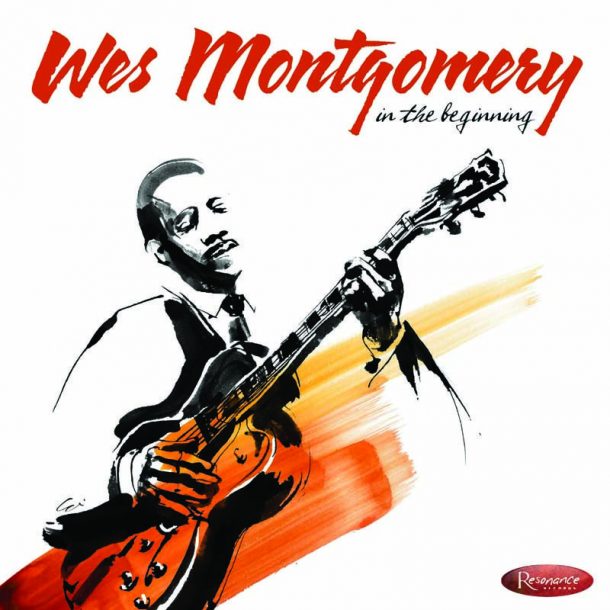 Wes Montgomery's In the Beginning album on Resonance Records 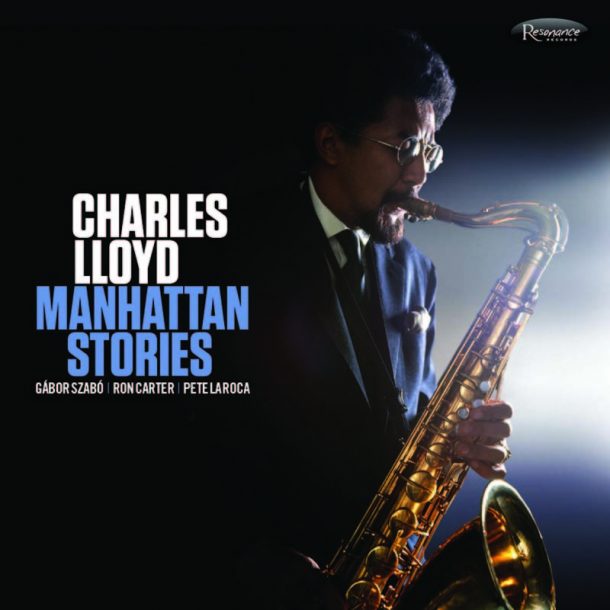 The “historical” album category, for previously unreleased older recordings, is important to the jazz business and the jazz art form. Currently, no one is better at finding, restoring and packaging lost jazz treasure than George Klabin and Zev Feldman of the Resonance Records label.

At just 19, Klabin was recording major musicians for his radio show at Columbia University. After he graduated in 1969, he owned two recording studios in New York. By 1981, the studio business had become, in Klabin’s estimation, “not very profitable.” He sold out and left the music field for almost 25 years. In 2005, now relocated to Los Angeles, he formed the Rising Jazz Stars Foundation as a non-profit corporation under California law.

He set up a recording studio and small performance space in Beverly Hills. He never intended to start a record label, until he realized that no established company was interested in the “rising stars” he was presenting and recording. He launched Resonance in 2008, and began issuing albums by artists he believed in, like Christian Howes, Dado Moroni, Richard Galliano and Tamir Hendelman.

Zev Feldman says he spent his youth “listening to music, collecting music, living in record stores.” He worked in marketing for PolyGram, Rhino and the Concord Music Group. In 2009 he became the label director at Resonance. Klabin gave him his first opportunity to be a producer, working with archival projects.

The label continues to record new material, and the most recent of those albums are by pianist Donald Vega and singer Polly Gibbons. But it is the historical releases that have enabled the Resonance name to break through the chaos, noise and over-supply of the current jazz record marketplace. Cred begins, as it must, with the quality of the music. On “Soft Winds,” from the recently released In the Beginning, Wes Montgomery’s solo is, by his standards, not especially fast. But it stands as a guitar sound sculpture so definitive and inevitable it might have been dictated by the gods, Montgomery transcribing. (In fact, it was just Wes blowing, throwing it down in a noisy, smoky basement bar in Indianapolis in 1958.) There is another Montgomery collection, Echoes of Indiana Avenue, that is equally extraordinary.

There is Live at Art D’Lugoff’s Top of the Gate, which captures Bill Evans on a good night in 1968. Song after song is an explosion of affirmational lyricism. There is Manhattan Stories, a Charles Lloyd document recorded in 1965. The previously undocumented band features Gabor Szabo. Lloyd, with his quick fluid runs, already sounds like himself. Szabo, with his staccato phrasing, is Lloyd’s perfect foil. There is John Coltrane’s Offering: Live at Temple University, recorded in 1966, eight months before his death, with a wild, sublime “My Favorite Things” and Coltrane’s mythic singing. There is Pinnacle, with 42-year-old Freddie Hubbard at the top of his game, incinerating “Giant Steps.” There is The Magic of 2, an improbable, revelatory encounter between Tommy Flanagan and Jaki Byard, and Pieces of Jade, with rare, invaluable Scott LaFaro.

It all comes from many strange places. “I am always on a hunt for stuff,” Feldman says. “I am constantly asking colleagues and musicians, ‘Do you know of anyone who has tapes?’ It’s getting easier now because we have a track record and people trust us.” The Montgomery family approached Feldman about the live tapes on In the Beginning. Some material comes from Klabin’s personal archives. He adeptly recorded the Evans and CD1 of the Lloyd set when he was a student at Columbia. CD2 came from a fan tape in Lloyd’s possession, made using a portable recorder in Slugs’ Saloon. The Hubbard came from a soundboard cassette made at Keystone Korner in San Francisco in 1980.

Feldman says that a huge challenge of releasing such material is acquiring clearances. This process often takes years. “A difference with us is that we pay royalties, we pay estates, we track down and pay sidemen,” he says. (There are historical labels that release bootlegs and pay nobody.)

Resonance is all about the sound. Some original tapes are professional recordings of variable quality. Some are the work of college students less talented and less well equipped than Klabin was. The live material on Montgomery’s In the Beginning was done on a consumer machine by a 21-year-old amateur. The Coltrane was crudely recorded with a single microphone by Temple University’s FM station. The original Hubbard tape was harsh and flat. With such problematic sources, sound restoration becomes critical. “First we transfer it to Pro Tools, at 24 bit/192 kHz,” Klabin says. “Now you can work with it. Often there’s not enough bass. Often there’s hum. There’s tape hiss. But we do much more than just clean it up. We know how to use software like RX Advanced and Melodyne to isolate instruments and ‘remix’ monophonic recordings. We can remove reverb. We use sophisticated software that will change the spatial characteristics of the room.” When Klabin is done, the sound is good enough. Often, there is even atmosphere. The live Montgomery and Coltrane are eerie: They put you in the sweaty, hard-drinking crowd in the Turf Club in Indianapolis, and in the back row of Mitten Hall in Philadelphia.

The true heirlooms in the Resonance historical catalog are the limited-edition, hand-numbered, slipcased LP sets, pressed on 180-gram vinyl. But the CD packages are also deluxe. They come with thick booklets, lavish with photographs, dense with information, rich in memorabilia. Feldman does the extensive photo research and detective work. (It took three trips to Indianapolis to figure out who besides Wes was playing on the Indiana Avenue tapes.) He likes his booklets to contain multiple “voices”: critics and scholars, but also sidemen, family members, friends, people who were there. He has also been known to bring in heavy hitters. In the Beginning includes liner notes by Quincy Jones and Pete Townshend of the Who. In February, jazz writer Ashley Kahn earned the label its second Grammy Award, for his notes to Offering.

When you hear what the label has in the works, you can only hope that Feldman secures all the necessary clearances. Future plans include Stan Getz with João Gilberto, Shirley Horn, Larry Young, Thad Jones/Mel Lewis, more Wes and maybe more Bill Evans.

When you’re on TV, everybody knows you, or at least thinks they know you. Take Kevin Eubanks, who was on NBC’s Tonight Show five nights … END_OF_DOCUMENT_TOKEN_TO_BE_REPLACED

Jimmy Katz leads many lives. He is the preeminent currently active jazz photographer, and has shot more than 200 magazine covers and over 600 recording … END_OF_DOCUMENT_TOKEN_TO_BE_REPLACED

Take a look at Blue Note Records’ release schedule for 2022 and it’s hard to miss the significant percentage of electronic-oriented music. In March, the … END_OF_DOCUMENT_TOKEN_TO_BE_REPLACED