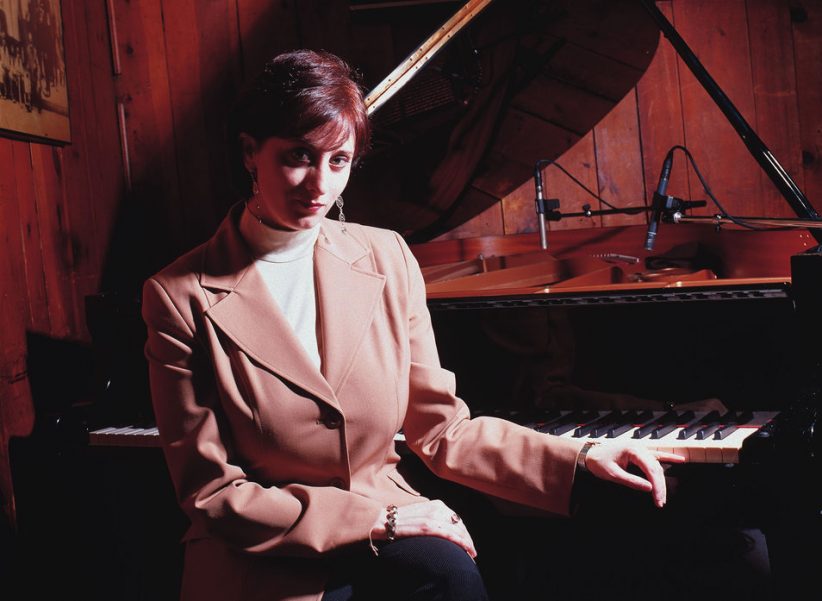 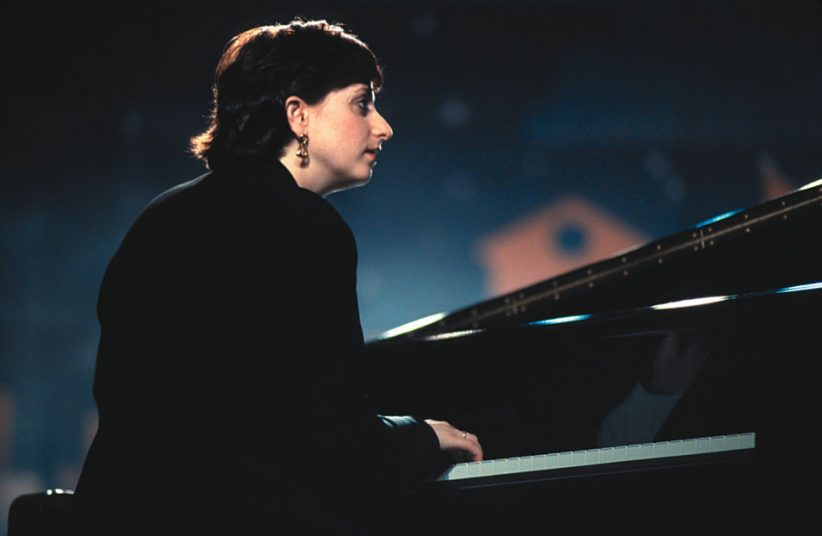 With the cresting of the career of pianist Renee Rosnes, India would appear to have an unlikely international jazz star.

Indeed, she arrived via Canada, and when she was growing up, Renee did not herself know she was Indian. Thereby hangs a poignant tale.

Internationally known she surely is. In 1997, Rosnes was one of the ten pianists on the annual tour of Japan billed as 100 Golden Figures, along with Cyrus Chestnut, Mulgrew Miller, Benny Green, Kenny Barron, Gene Harris, Ray Bryant, Tommy Flanagan, Junior Mance, and Roger Kellaway.

Kellaway said, “She has a wonderful energy and a lovely harmonic sense. I like the way she shapes her solos. I remember listening to her at the end of the tour, how much she’d grown. And it could have been really intimidating, playing with giants like that. She is one of the best.” Renee’s new CD is Art and Soul, with Scott Colley on bass and her husband, Billy Drummond, on drums; they met while members of the band called Out of the Blue. Dianne Reeves contributes vocals on two tracks, “Lazy Afternoon” and Wayne Shorter’s “Footprints.” The album, Renee’s sixth as a leader for Blue Note, was recorded not long after she became a mother, with the birth of a son, Dylan Drummond, now nearly eighteen months old.

Renee was born March 24, 1962, in Regina, Saskatchewan, which lies north of Montana. She was adopted by Audrey and Henry Rosnes. Her adopted father was born in Norway. Renee grew up in Vancouver, British Columbia, which is on the Canadian west coast, just northwest of Bellingham, Washington. Vancouver, and environs, has, like Pittsburgh, produced an inordinate number of outstanding jazz musicians. Part of her training included two years at the University of Toronto and two summer sessions at the Banff School of Fine Arts-one of the beauty spots of the world, Banff is in the Rocky Mountains of Alberta-where the teachers included Kenny Wheeler, Don Thompson, Ed Bickert, Lee Konitz, and Toronto pianist Gary Williamson who, she says, “Gave me a wonderful direction.”

She said, “During my teens, I spent a lot of time listening to vocalists such as Sinatra, Ella, Sarah, Nancy Wilson, and Nat Cole for enjoyment, but also as an aid to learning the standard songbook. Studying the lyrics was beneficial in really knowing the form and the phrasing of a melody. I found that listening to an instrumentalist interpret a standard didn’t necessarily provide me, as a student, with the true melody. And, listening to singers, I also profited from learning many wonderful verses that are not frequently heard.

This exposure no doubt underlies her lyrical and vocal approach to the piano; and she often knows the complete lyrics of the standards she performs. (Lester Young was one of a number of jazz musicians who made it a point to know lyrics.)

In 1994, she had an encounter that has changed her life completely.She said, “My parents had told me when I was very young that I was adopted, so I just grew up knowing that fact. So there was no surprise. “My two older sisters and I began music lessons at a very early age. I think it’s interesting that the three of us have the gift of perfect pitch. And all three of us were adopted. I believe that this ability can be acquired during a certain period of the development of the brain. I’m testing this theory on my son.”

As time passed, she became deeply interested, as perhaps all adopted children do, in knowing who her birth parents were.She said, “In British Columbia, there is an organization called the Adoption Reunion Register. The laws in B.C. had recently opened up, enabling people to find their biological relatives. It was quite a process, locating my birth mother, and for a while I didn’t know whether the search would be successful and I would ever meet her.”

But eventually she did. And the greatest surprise came in discovering that her mother, Mohindar, was Indian. So was her father, though by then he was dead. This explained so much. Renee has an exotic look about her; she resembles the late actress Merle Oberon, born in Calcutta of an Indian mother and an Anglo-Irish father. Then came a second shock. “It was an emotionally overwhelming time for me, as my mother who raised me suddenly became very ill with cancer and passed away within two months of my first meeting my birth mother.”

She found great consolation in her new family: “I was fascinated to meet people who physically resembled me. When you have grown up not knowing anyone who looks like you, it’s really a deep feeling to lay eyes on a blood relative.” And she found temperamental similarities with her new relatives. “My new sisters have commented on how much I am like my mother, even more than they. It shows me how strong the genetics are. My father was also a Sikh Indian, which was surprising to me as my skin is light. The whole family, on both sides, originated from the northern Indian province of Punjab. I’m having a tremendous time, learning about the culture, the dress, the food, being involved in family activities, and still meeting new relatives. I’ve been blessed with two wonderful families.” Her mother lives in Victoria, B.C., on Vancouver Island, off the coast from Vancouver.

The new album reflects the range of her cultural interests, from Duke Ellington’s “Fleurette Africain,” through Wayne Shorter’s “Footprints,” Egberto Gismonte’s “Sanfona?’,” the Gordon Jenkins tune “Goodbye,” a Bartok children’s piece, a Beatles tune, and two compositions of her own, “Romp” and “Little Spirit,” dedicated to her son. “I’m very happy doing what I’m doing,” she says. Let Roger Kellaway have the last word: “She’s really just a marvelous player.”

“So little time…so many recordings! Living with another musician who is also a “fan,” there is frequently all kinds of music playing in our home, some familiar-and some not, and there are always stacks of unopened CDs waiting to be heard. Lately, I’ve been enjoying such recordings as Hank Jones’ Urbanity (such elegance), Aquarela do Brasil with Toots Thielemans and Elis Regina (my favorite Brazilian vocalist), Who’s Afraid of the Big Band Monk, The Best of Shakti (a wonderful fusion of Indian harmonic and rhythmic sensibilities with components of jazz), and various works by 20th century composer Alan Hovahaness (whose writing I just discovered). I was also recently involved in choosing and sequencing material for several CD compilations, so for a few weeks I was exclusively listening to the Verve recordings of Sarah Vaughan, Oscar Peterson, Nina Simone, Stan Getz, and Ben Webster, which was not only enjoyable, but also very inspiring.” Originally Published January 1, 2000

Guitarist Will Bernard bears the bittersweet blessing of virtuosic skill and eclectic taste, making his music a perpetual delight and yet hard to categorize. Maybe … END_OF_DOCUMENT_TOKEN_TO_BE_REPLACED

At 95, Chicago-based guitarist George Freeman is among the world’s oldest active jazz musicians. Although he came of musical age in the 1940s and counts … END_OF_DOCUMENT_TOKEN_TO_BE_REPLACED

When you’re on TV, everybody knows you, or at least thinks they know you. Take Kevin Eubanks, who was on NBC’s Tonight Show five nights … END_OF_DOCUMENT_TOKEN_TO_BE_REPLACED