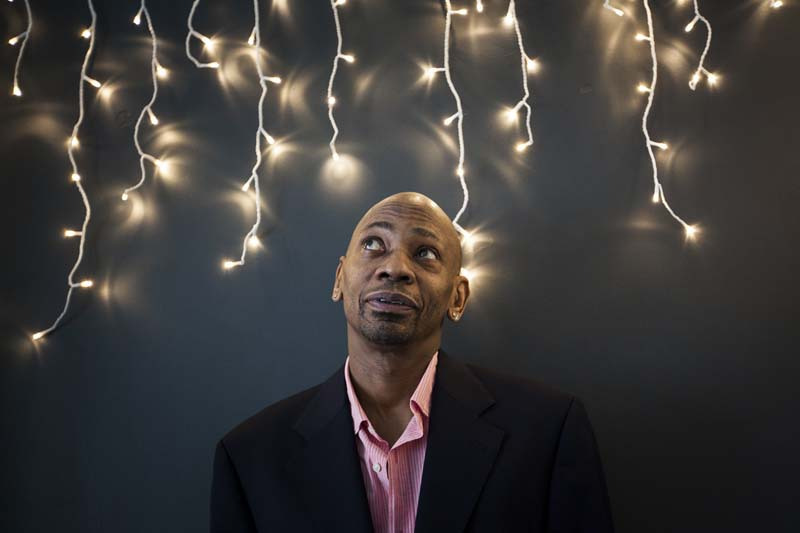 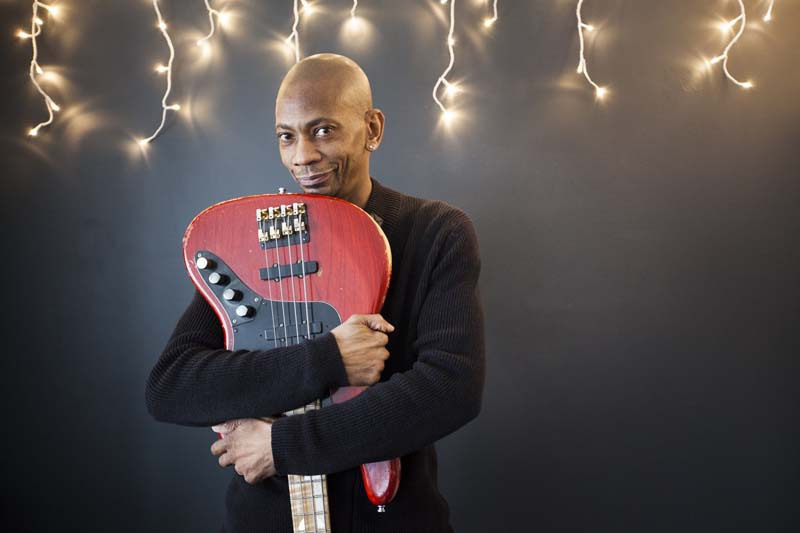 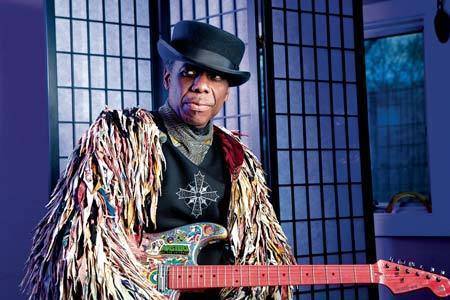 When the guitarist Jef Lee Johnson died from complications related to pneumonia and diabetes in 2013, at age 54, many in the music community mourned the loss of this gifted leader and prolific sideman who’d combined jazz learning with the psychedelic blues of Hendrix.

Reggie Washington decided to channel his own grief. The electric and acoustic bassist, now 53, was a longtime colleague and admirer of Johnson’s and felt that his friend never received the widespread recognition he deserved. For about a year Washington mulled over the idea of recording an album of Johnson’s compositions. He ultimately spent the next year recording Rainbow Shadow: A Tribute to Jef Lee Johnson Vol. 1, released in June on Washington’s own Jammin’colorS label.

Besides their musical compatibility, both Washington and Johnson shared knowledge of great sorrow-Johnson lost his wife in 2001 and Washington’s first wife was murdered. Despite those tragedies, and the loss of Johnson himself, Rainbow Shadow is in no way a funereal album. Washington went into the project wanting to honor his friend’s spirit, which meant there would be plenty of uptempo funk as well as reflective numbers like the pensive “Black Sands” and the pure-soul “Morning.” Even while nodding to Johnson’s influence, the album connects various other threads of Washington’s musical self.

“[When he died,] I had been playing with Jef in my trio for a couple of years, and we had a friendship over a 30-year period,” Washington says. It took some time for that trio, fleshed out by drummer Gene Lake, son of saxophonist Oliver Lake, to come together; schedules were always conflicting, and while Johnson was based in Philadelphia, Washington had moved to Brussels, the home of his second wife and business partner, in the mid-2000s. In 2012 the trio released Freedom, Washington’s second album as a leader, following 2006’s A Lot of Love, Live!

When the band began working together, “I wanted Jef to do more of his tunes. I’ve always been a fan. But he never wanted to,” Washington says. With Johnson’s passing, Washington received the blessing of Johnson’s family and got busy. He recruited a team of musicians, anchored by guitarist Marvin Sewell (playing Johnson’s own instruments) and drummer Patrick Dorcéan, and began laying down tracks in studios in France and the New York-New Jersey-Pennsylvania area.

Rainbow Shadow, which Washington produced, draws its title from a nickname, Rainbow Crow, that Johnson bestowed upon himself, taken from a Lenape Indian legend. The album’s leadoff track, “Crow’s Rainbow,” is a meditative solo bass piece composed by Washington. “I thought, ‘Let me just say it now,'” Washington says. “Then we can get on to the festivities.”

Those “festivities”-other than a workup of Ellington’s “Take the Coltrane” and the few originals-encompass 10 tracks that explore the range of Johnson’s compositional skills. In addition to the core band, Deejay Grazzhoppa brings turntables and sampling to several tracks, and a handful of guests, among them saxophonist Jacques Schwarz-Bart, trumpeter Wallace Roney and keyboardist Jonathan Crayford, join in at various points. Johnson’s voice and guitar are also sampled, and lyrics that he wrote but never used are incorporated into several songs sung by Washington-who’d never before sung on one of his albums. “Ah, man. When folks find out that you can do that, you have to do that,” he says with a laugh. “There is no turning back. I always wanted Jef to do some of these tunes and he said, ‘Why don’t you do it yourself?’ So I started transcribing. It’s an incredible body of work.”

Originally from Staten Island, N.Y., Reggie Washington is the younger brother of the great drummer Kenny Washington. Reggie, who played cello before switching to bass, learned much from observing and playing with Kenny, from their big-band-loving father and from the guests that often came by the house: Jimmy Knepper, Dizzy Gillespie, Jimmy Owens, Reggie Workman (with whom Washington has been confused on more than one occasion). Washington also cites bassist Marcus Miller-who convinced him to play electric bass-and the late drummer Chico Hamilton as important mentors. Extensive work with saxophonists Steve Coleman, as a member of his Five Elements, and Ravi Coltrane pushed his playing to a higher level.

“I absorbed everything,” Washington says. “I had a photographic memory and perfect pitch, so whatever I would read and play through one time, I would just remember. I tried to be as expressionistic and emotional as possible. Sometimes these legendary musicians can show you what not to do too. Chico taught me to be appreciative of where you go, the audience, the music that you’re playing, to be respectful. Let’s not be drunk and ugly because that’s not being appreciative of the people who come out to listen to you. Humble yourself. Don’t be arrogant. Act like a black man with dignity in a different world. I will take all of that to the grave with me.”

When you’re on TV, everybody knows you, or at least thinks they know you. Take Kevin Eubanks, who was on NBC’s Tonight Show five nights … END_OF_DOCUMENT_TOKEN_TO_BE_REPLACED

Jimmy Katz leads many lives. He is the preeminent currently active jazz photographer, and has shot more than 200 magazine covers and over 600 recording … END_OF_DOCUMENT_TOKEN_TO_BE_REPLACED

Take a look at Blue Note Records’ release schedule for 2022 and it’s hard to miss the significant percentage of electronic-oriented music. In March, the … END_OF_DOCUMENT_TOKEN_TO_BE_REPLACED

Those who are only familiar with bassist Martin Wind’s jazz credentials—both as a leader and as a first-call sideman for Bill Mays, Dena DeRose, Ken … END_OF_DOCUMENT_TOKEN_TO_BE_REPLACED