Skip to content
Become a member and get exclusive access to articles, live sessions and more!
Start Your Free Trial
Home > Features > Ray LeVier: Against All Odds 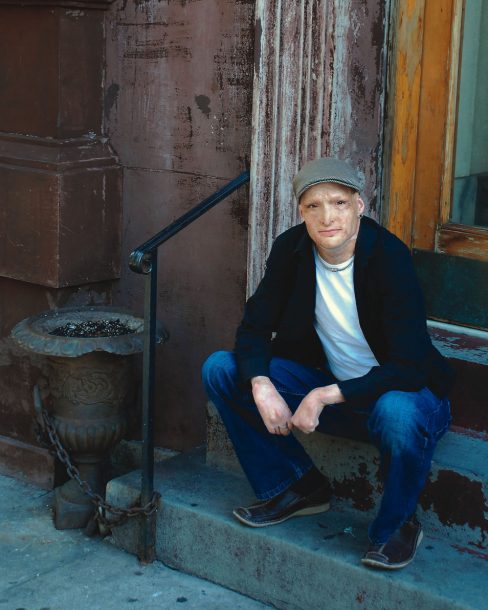 Drummer Ray LeVier has chops. His Web page includes video of a drum clinic near his home in New York’s Hudson Valley that places his virtuosity beyond question, as do his heavy beats behind singer-songwriter KJ Denhert. But on his postbop-oriented leader debut, Ray’s Way (Origin), LeVier epitomizes understatement; he takes no solos, save for a series of one-bar breaks on one track, and comps so subtly that even the bass (played by François Moutin or Ned Mann) frequently dominates him. “I wanted it to sound like a band, not a bunch of hired guns,” says LeVier. “I didn’t want it to sound like a drummer’s album, but like an album.”

Hardly standard operating procedure for a drummer-as-bandleader, but LeVier’s entire musical career has defied conventional wisdom. Shortly after discovering his instrument at age 12, he suffered extensive third-degree burns when his sleeping bag caught fire during a campout. The accident deprived him of most of the fingers on his left hand, causing his doctors to believe that he’d never play drums again. LeVier didn’t accept that answer: He asked his mother to bandage a drumstick to his hand and beat the skins even when it aggravated his injuries. “The skin was like tissue paper,” he recalls, “and my hands were bleeding. But I kept at it and just kept trying to figure out a way. So I was walking through a parking lot and I found what I think was a hockey glove-no fingers. And I said, ‘Well, why can’t I just stick my hand in this, and duct tape the stick to my hand?'” 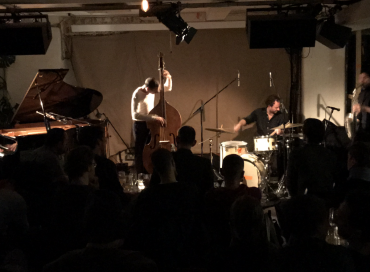 British keyboardist Pat Thomas has performed alongside avant-garde luminaries for decades, but somehow has remained a relatively unknown quantity on this side of the Atlantic. … END_OF_DOCUMENT_TOKEN_TO_BE_REPLACED

Jen Shyu is slumped over a desk. As a green spotlight illuminates her long, dark hair and shoulders, a disembodied female voice imitates bird and … END_OF_DOCUMENT_TOKEN_TO_BE_REPLACED

Almost everybody has seen it: Sailor Sabol’s spectacularly out-of-tune rendition of “The Star-Spangled Banner” at the February 2021 CPAC convention. Dozens of videos are circulating … END_OF_DOCUMENT_TOKEN_TO_BE_REPLACED

In the fall of that notorious election year of 2016, six-time Grammy-winning arranger/composer Vince Mendoza was working on a commission from the Czech National Symphony … END_OF_DOCUMENT_TOKEN_TO_BE_REPLACED