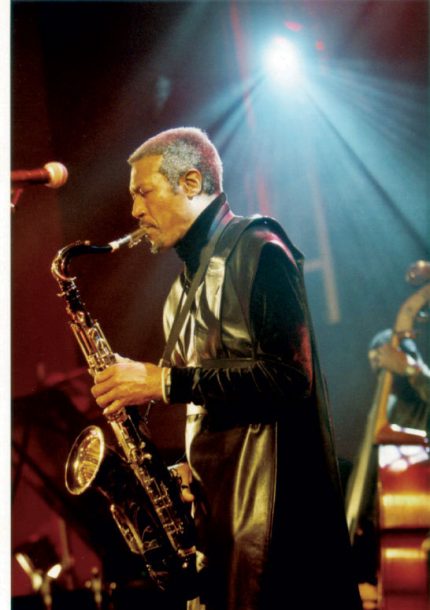 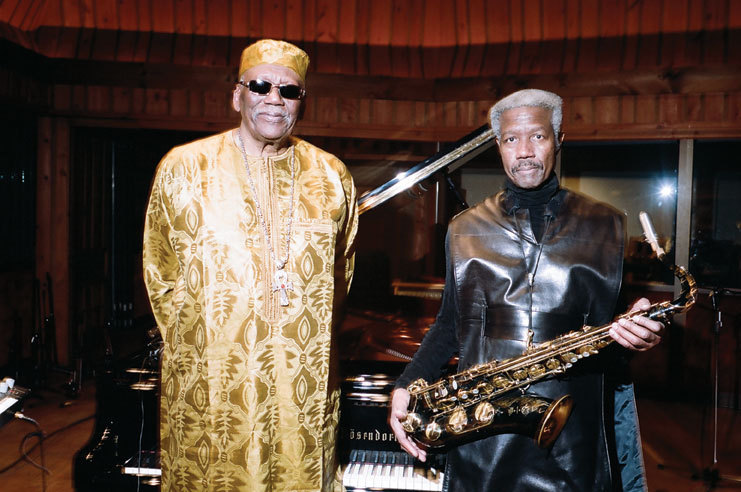 Telling stories is pianist Randy Weston and tenor saxophonist Billy Harper’s main objective on their joyous new duet disc, The Roots of the Blues (Sunnyside). The two veterans tackle 14 cherry-picked compositions, mostly from Weston’s oeuvre, that accentuate the legendary pianist’s long-established mission to invoke the spirits of the expansive African Diaspora. “I’m always trying to tell stories about African people-of our culture and our genius-whether we’re in the motherland, in the Caribbean or in the United States,” Weston, 87, explains. “We have so many stories to tell. I learned that from Count Basie, Duke Ellington and Louis Armstrong. They [acknowledged] that we’re not just playing music, we’re keeping the foundation and history of our people and we’re telling stories about what’s happening with our people at that particular time.”

In addition to revisiting such Weston classics as “Berkshire Blues,” “Carnival” and “Blues to Africa,” the duo delivers poignant readings of the standards “Take the ‘A’ Train,” “Body and Soul” and “How High the Moon.” As with some of Weston’s compositions, those too aim at expressing specific aspects of African-American life. Regarding “Body and Soul,” Weston wanted to pay tribute to one of his earliest musical idols, Coleman Hawkins, with whom he got to record in 1959. The standard becomes an ideal vehicle to showcase both Weston’s thick, orchestral approach to the piano and Harper’s hefty tone and rhapsodic approach to melody. Their urbane reading of “Take the ‘A’ Train” evokes the giddy excitement Weston had when the namesake train became a fixture in New York City’s landscape. “Before [the A train], to get to Harlem from Brooklyn you had to change trains. So when the A train arrived, we could go directly from Brooklyn to Harlem and go the Apollo Theater,” Weston recalls.

Harper contributes only one composition, “If One Could Only See,” and goes it alone. It offers a perfect opportunity to luxuriate in his economical yet inventive melodic phrasing and his soulful timbre, the latter of which betrays his Texan roots. In fact, it was how Harper exudes that iconic Texas tenor sound that attracted Weston. “Sound is extremely important to me,” Weston explains. “When I heard Billy it was a combination of that big sound like Arnett Cobb and Illinois Jacquet. And at the same time, Billy told me that his sound came out of the black American church. He used to sing, and he puts his voice inside the horn. In addition to that, when Billy solos, he’s really telling stories.”

The Houston-born Harper attributes some of that Texas tenor legacy to playing in military bands, which required a full-bodied sound. “I think the real secret is that most of [the Texas tenors] were in the marching band, like me,” he explains. “So there was a necessity to play with a big, nice sound while you’re walking. That’s hard to do.”

Weston and Harper’s friendship dates back to 1972, when the pianist was living in Morocco, where he produced a jazz festival in Tangier. Weston invited Max Roach’s ensemble, of which Harper was a member. But when the group arrived in Africa, everyone made it except the leader. Forced to go onstage without Roach, Harper steered the group on drums; he also sat in on drums behind Dexter Gordon and Hubert Laws at the festival. The following year, Harper appeared on Weston’s LP, Tanjah, then later on The Spirits of Our Ancestors and Saga.

Although the two have collaborated intermittingly during the past five decades, they exhibit a tremendous rapport on The Roots of the Blues. Weston thinks it’s because they share a common musical heritage. “It just comes out. When we play together, we just go with the flow,” he says. “We know each other so we take spiritual trips together, because, for me, part of the music is always taking that chance-go with Mother Nature, because she’s always improvising and is always creating.”

“When Randy speaks, your awareness is just automatically expanded about understanding where cultures begin and how important this music is,” adds Harper. “Between meeting him [in Tangier] and the time we got to recording this disc, the music became just a compilation of information from myself and Randy-and of so many of his stories about history and the connections between music and spirit.”

When you’re on TV, everybody knows you, or at least thinks they know you. Take Kevin Eubanks, who was on NBC’s Tonight Show five nights … END_OF_DOCUMENT_TOKEN_TO_BE_REPLACED

Jimmy Katz leads many lives. He is the preeminent currently active jazz photographer, and has shot more than 200 magazine covers and over 600 recording … END_OF_DOCUMENT_TOKEN_TO_BE_REPLACED

Take a look at Blue Note Records’ release schedule for 2022 and it’s hard to miss the significant percentage of electronic-oriented music. In March, the … END_OF_DOCUMENT_TOKEN_TO_BE_REPLACED