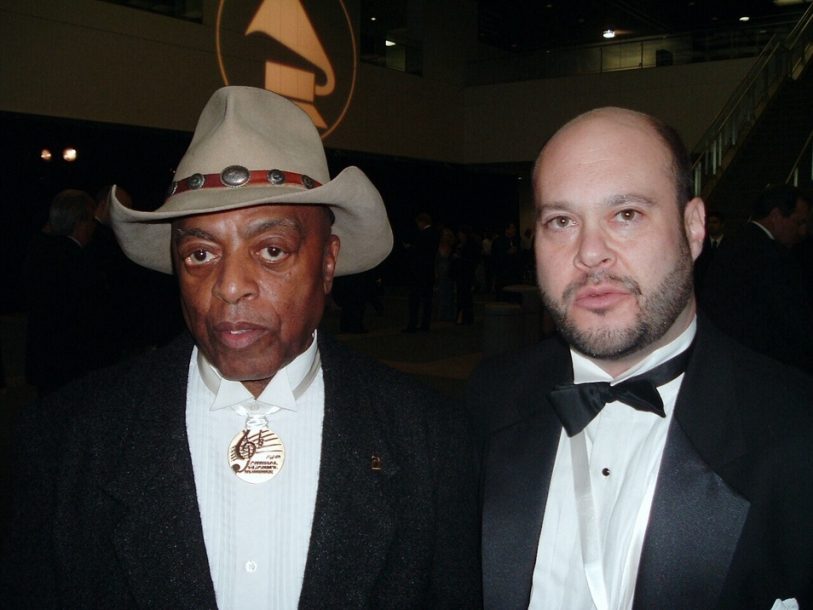 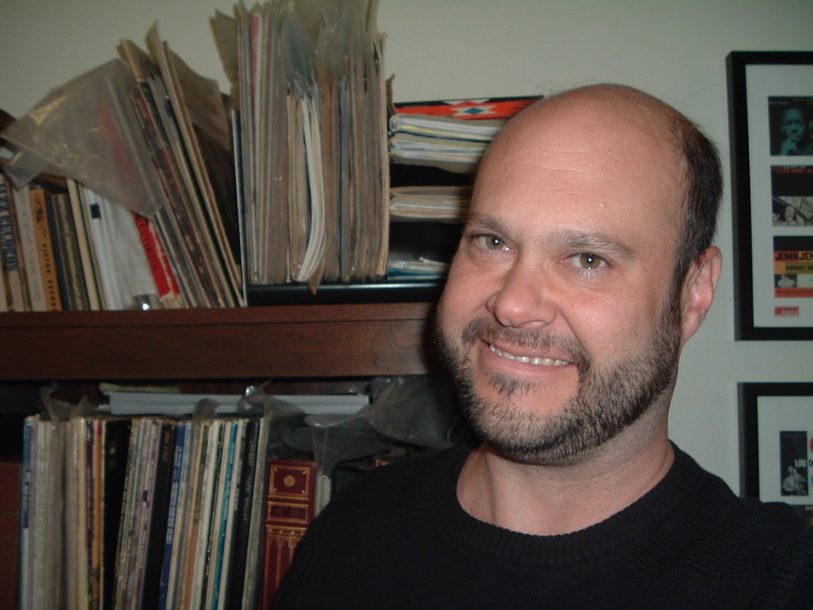 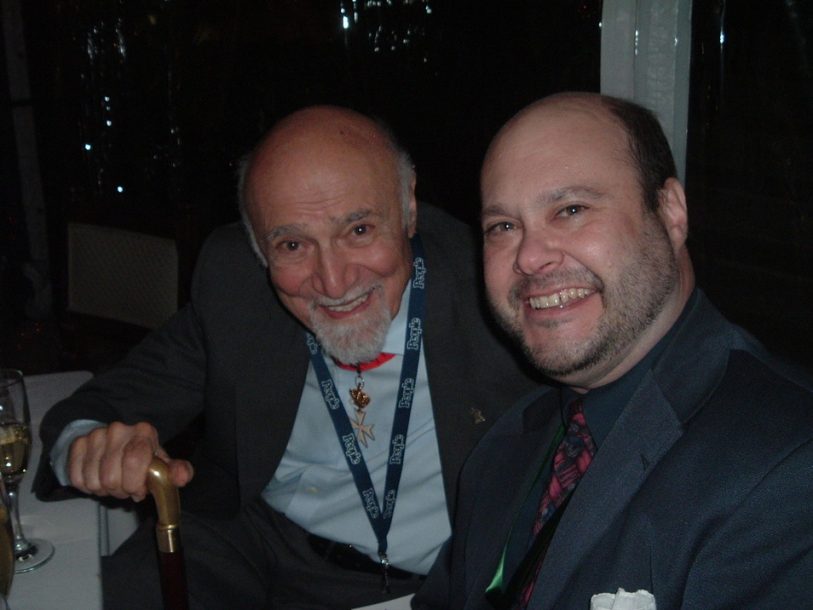 “I feel that Mosaic Records is carrying the musical torch of this great art form, jazz,” says Mosaic producer Scott Wenzel, “as well as providing a tangible product where one can collect, savor, hear and read something that isn’t off of a phone or stuck in some other device.”

For those infected by Mosaic fever, receiving the company’s latest box set in the mail brings back memories of childhood birthday mornings. Founded by Michael Cuscuna and the late (and beloved) Charlie Lourie, the label’s very first release, 1983’s The Complete Blue Note Recordings of Thelonious Monk, received the first of the company’s many Grammy nominations.

Says Wenzel, “There’s something about the joy of finding and owning a record or CD that is lost today. It’s a hobby that partly defines who we are…good or bad. Mosaic to me is special because we not only provide the music in this way, but because we make the effort to correct misinformation in our discographies; we gather brilliant writers for our booklets; we search out rare and (if possible) actual photos from the sessions. The sound quality of our pressings and transfers are of the highest order. At least we strive for that.”

This writer owns many Mosaic sets. For example, last summer’s Columbia and RCA Victor Live Recordings of Louis Armstrong and the All Stars, co-produced by Wenzel and noted “Satchologist” Ricky Riccardi, has brought hours and hours of joy to this household. In today’s world of often slapdash “workmanship,” Mosaic box sets provide nothing but class—from their book-like “booklets” to their photography to their crisp sound quality.

How does one nab a job working at one of the coolest record companies in the world? “My father owned a builder’s hardware/light fixture shop in Mamaroneck (N.Y.), and after college, (Towson State University) I worked in the shipping department… One lunchtime I was reading the New York Times when I came upon a review of Mosaic Records’ release of Sidney Bechet’s Blue Notes. (This was a November 1985 review by the late John S. Wilson.) I immediately called to see if Mosaic had an opening there and spoke to Charlie Lourie, who invited me to his home (in Stamford, Conn.) for an interview. Mosaic operated out of Charlie’s home after the company’s move from Santa Monica, California.”

Lourie, who died in 2000, is remembered with great affection by all who knew him. Says Wenzel: “Charlie and I became immediate friends and there was a fond loyalty and love of the music that I miss after these 15-odd years that he’s been gone. I worked as a part-time employee for a year and at the end of 1986 went back full-time at my father’s store. During this time I was also a DJ on a 24 hour jazz station in Stamford, WYRS (later WJAZ). I went to say hello to Charlie after one of my shifts and he said that Mosaic was leaving his home and going to a warehouse and office space by the harbor in Stamford. There was to be a full-time office manager and a shipping manager along with Charlie and his partner at Mosaic, Michael Cuscuna. I said that if the guy who you hired as a shipping manager doesn’t work out, please give me a call. Two weeks later I was hired and on January 1, 1989 we started the business up over at Melrose Place.”

Michael Cuscuna is something of a renaissance man. As writer, as producer—for artists as disparate as Bonnie Raitt, Dave Brubeck, the Art Ensemble of Chicago and Chris Smither—and as Blue Note Records’ invaluable discographer, the man is everywhere. What is he like? Says Wenzel: “Michael is one of the great producers that has ever been on the scene. He knows what sounds good and how to get that sound. He is also one of the funniest people I know. Michael also has a sarcastic side, enjoys good movies and great food (the hotter the better).”

When asked how Michael and he decide on their next Mosaic project, Wenzel replies, “We just come up with an idea and search through a discography to see if there’s enough material to make at least four CDs. We also talk about how vital the music is and whether we feel it would sell enough copies.”

A lot of love and sweat goes into a Mosaic set. “First, it’s the idea and creation of the set,” says Wenzel. “Then there’s a tedious process of making up a ‘tune stack’ that shows each title along with the composer, publishers and timings. This is sent to the parent label (for example, Sony Music owns OKeh, Columbia, RCA, etc.) and we ask if we can submit our ‘tune stack.’ If it is approved we then hire a liner note writer, start looking for photos, and begin the transfer process with an engineer (or better translated as a restoration engineer). And since we are approved by the parent label, we now have access to the ‘vaults,’ which can unearth previously unissued gems as well as giving us access to the best sound possible. These sources come from either metal parts, test pressings or reel-to-reel tapes. Once these are transferred, the engineer will ‘clean’ them up and then send a ref copy for either Michael or I to listen to in case there are any flaws or omissions. Once that ref is approved, the engineer sends a master disc to the plant. The next order of business concerns the warehouse, which will receive boxes, booklets and either the CDs or LPs from the plant and then they start the collation process.”

What’s up ahead for Wenzel? “I am honored once again to speak at the annual Satchmo Summerfest in New Orleans (July 30-Aug. 2). I also will be a guest on Rich Conaty’s Sunday evening show, The Big Broadcast, over WFUV in New York on July 19th. At Mosaic I’m currently working on a James P. Johnson set as well as yet another Count Basie/Lester Young project.”

Not surprisingly, Mosaic’s website is magnificent. You can also order an exquisite box set—at the moment a track from Duke Ellington: 1936-1940 Small Group Sessions is playing—by calling 203-327-7111.

North American jazz fans are just starting to learn the name Daniela Soledade, but in Brazil, where she was born and raised through her early … END_OF_DOCUMENT_TOKEN_TO_BE_REPLACED

I can personally testify that Antonio Sánchez, who adopted the sobriquet “Bad Hombre” several years ago for a solo drums-and-electronics album, is a truly nice … END_OF_DOCUMENT_TOKEN_TO_BE_REPLACED

On November 22, 2021, some of the late Paul Motian’s close friends converged on the Village Recording studio in Copenhagen. Guitarist Jakob Bro and tenor … END_OF_DOCUMENT_TOKEN_TO_BE_REPLACED

Before we enter the current world of drummer, producer, and curator Denardo Coleman, a funny story from the past.  In 1996, the year after the … END_OF_DOCUMENT_TOKEN_TO_BE_REPLACED