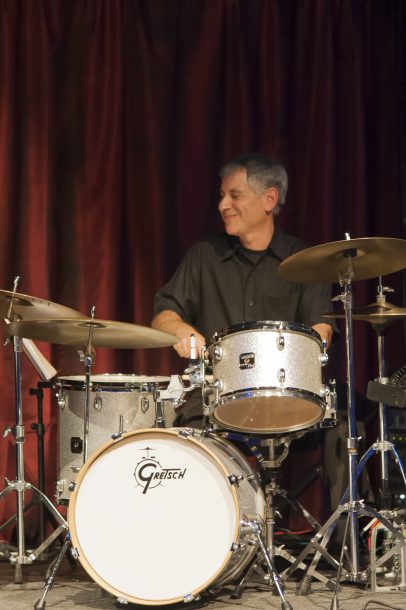 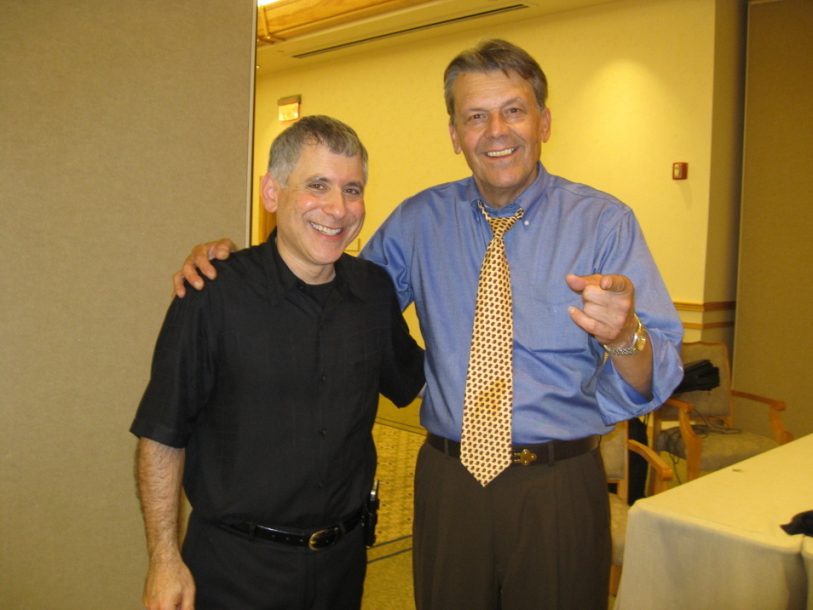 Bandleader (of at least four bands), teacher, festival organizer, drummer—Bart Weisman is indeed indispensable to Cape Cod jazz. “My wife, who is an artist, and I moved to the Cape 10 years ago. She had been coming up to the Cape since she was a kid,” says Weisman. “There was not much of a jazz scene when I arrived, but a very rich history. So we have been working very hard to build it back up.”

Cape Cod Jazz Quartet: “We play summer concerts only because Steve Ahern (trumpet and flute) lives in Florida. With Bruce Abbott (flute and sax), Fred Boyle (piano), Ron Ormsby (bass) and me on drums, we play a great variety of jazz standards, originals and Brazilian music.”

Smooth Jazz Group: “This band is a great way to introduce people (who say they do not like jazz) to jazz and standards. We use guitar, electric bass and drums to perform a blend of jazz, Latin, pop, funk, blues and rock.”

Bart Weisman Klezmer Swing Group: “We are the only klezmer group on Cape Cod. We perform traditional improvised klezmer and swing jazz from the ’30s and ’40s. However, we do not mix the two.”

Bart Weisman Jazz Group: “We’re a solid and talented rhythm section to back the many guest musicians who appear with us.” This writer heard this group support New Orleans master clarinetist Evan Christopher with drive, taste and energy in April. Says Weisman, “When I met with George Wein at his apartment in New York City, he said, ‘You have to bring Evan to the Cape.’ The only problem is that Evan travels to Europe in August, which is when we have the Provincetown Jazz Festival. When my wife came up with the idea of New Orleans to Orleans (Massachusetts), Evan was the first person who came to mind.”

Born in Washington, D.C., Weisman was grabbed by jazz at 13. “I went to a party and saw a drum set and it was love at first sight. I knew I would be playing the rest of my life. My jazz heroes are Art Blakey, Buddy Rich, Tony Williams and Bobby Durham. I studied percussion with the principal percussionist of the National Symphony Orchestra.”

An Air Force veteran, Weisman played with the highly respected Air Force Band Diplomats. “I had a blast with the Diplomats! My proud Uncle Raymond loves telling how at 18 years old I auditioned and was selected over many professionals in and out of the service who wanted to perform with this group. We had piano, guitar, upright bass and drums, and we never knew if we were going to play jazz, Latin, pop, rock or country until we showed up to the engagement. We were also on call 24/7. I performed for Presidents Reagan and Carter, Vice Presidents Bush and Mondale, played private events for all of the top generals, many heads of state, and backed celebrities like Donald O’Connor.”

While in Washington, Weisman played with the legendary bassist Keter Betts. “Keter was the best … 24 years with Ella! The first night he performed with my group I said, ‘How did we do?’ He said, ‘I will be back!’ He performed with me when we had Rebecca Parris’ Washington, D.C. debut.”

A summer highlight on Cape Cod is the Provincetown Jazz Festival, held in that wild and beautiful town on the Cape’s tip. Who is the festival’s organizer? A drummer named Bart Weisman. “For a jazz festival anywhere in the country to celebrate 10 years is a big deal. The Provincetown Jazz Festival has presented jazz musicians from the United States, Canada, the United Kingdom, Europe and New Zealand.”

Doesn’t this man sleep? Weisman is also on the board of directors for the Arts Foundation of Cape Cod (AFCC). “It is a great honor to be the only full-time musician on the board. The AFCC is a Cape Cod institution that supports venues, artists and musicians across the Cape. We also produce the largest event, Pops by the Sea, every summer, which over 15,000 people attend.”

In addition, Weisman teaches jazz/drums at the Cape Conservatory. “I love teaching drums to kids of all ages and skill levels. Our jazz combos program gives musicians of all ages the chance to play songs and improvise like we do on our gigs. We also have a summer jazz program for kids 10-18.”

There’s nothing grayer than a winter Sunday on Cape Cod. The sky is gray; the sea is gray; people’s faces are gray. Yet bringing warmth and light on these dark afternoons are the jazz jams at Hyannis’ Island Merchant restaurant. Don’t even bother guessing who is behind these marvelous afternoons. “The second year of the Provincetown Jazz Festival,” says Weisman, “we had a jazz jam and 40 professional jazz musicians came to perform. I knew if we could get them there on a Sunday in August, we could do this monthly year-round in Hyannis.”

During one jazz jam, who strolls in but Louis Armstrong’s clarinetist Joe Muranyi. “Joe walks in one day and starts to play and I say, ‘Who are you?’ He says, ‘Google me.’ I did and there is a picture of Joe and Louis Armstrong! I had Joe appear at the Provincetown Jazz Festival before he passed away (in April 2012).”

As you can see, Cape Cod Jazz is in safe hands with Bart Weisman. “I want to keep on playing and teaching on Cape Cod and to help keep jazz—a great American art form—alive and well on Cape Cod!” 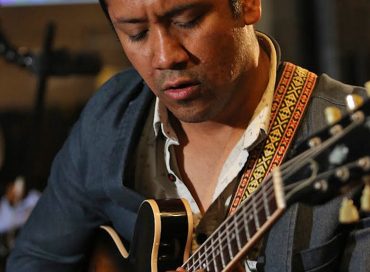 One year after Abel Aranda started studying guitar at the local church in his home city of Villahermosa, Mexico, his teacher played him Michael Brecker’s … END_OF_DOCUMENT_TOKEN_TO_BE_REPLACED

Toward the end of the 1950s, the already renowned tenor saxophonist Sonny Rollins managed to kick his addiction to heroin. But he soon realized that … END_OF_DOCUMENT_TOKEN_TO_BE_REPLACED

North American jazz fans are just starting to learn the name Daniela Soledade, but in Brazil, where she was born and raised through her early … END_OF_DOCUMENT_TOKEN_TO_BE_REPLACED

I can personally testify that Antonio Sánchez, who adopted the sobriquet “Bad Hombre” several years ago for a solo drums-and-electronics album, is a truly nice … END_OF_DOCUMENT_TOKEN_TO_BE_REPLACED