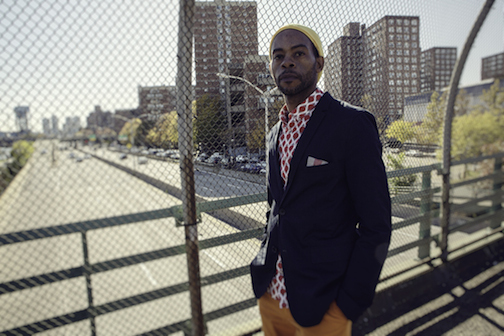 An upstroke summons the rolling snap of tap shoes as a tall figure leans over the Fender Rhodes, posing an open-ended question in his right hand. In 16 short bars, his phrase evolves into a concept and a conversation begins on the bandstand. Sinking his hands into the harmony, he listens and responds as every player, dancer and poet becomes a composer of the moment, and every moment’s contribution becomes part of something bigger than the music.

Since the first club-owner uttered the phrase “after hours,” throngs of young musicians have traveled to New York City, horns in hand, paying more than they can afford to suffer the exquisite torture of playing live in front of their musical heroes, who nightly flank the bar, not ten feet from the bandstand.

More than 70 years after Miles left East St. Louis to follow Bird and Dizzy all the way to 52nd street, the allure of the New York session that once mystified generations of young players, now has lost its luster. Students and pro-players hang late less, and fewer clubs stay open after the headlining set. Billboard/BET award-winning piano player and composer Marc Cary believes the burden of rejuvenating the New York session rests on the shoulders of experienced and committed musicians, who share an openly progressive artistic vision that preserves the supportive apprenticeship tradition. And in what better neighborhood to foster that creative rejuvenation than Harlem?

“In the midst of a void, an opportunity came that I used to create a place where everybody could come play with all the baddest cats,” says Cary.

“I opened up a space where I could play with everybody whom I wouldn’t normally have the chance to play with. The Harlem Sessions creates that zone where newcomers to the music, and even people who are just developing, can get a chance to come play with me and experience some of the knowledge that I have to share on and off the stage. Also, they can meet peers of theirs, whom they probably wouldn’t get the chance to play with, either.”

Riding the momentum of a cooperative exploration with bass player Tarus Mateen and drummer Terreon Gully, the core rhythm section on his Rhodes Ahead Vol. 2 album, Cary felt inspired to collaborate artistically on a local level with Sameer Gupta, Rashaan Carter and the entire Harlem community. The collective composition entrancing club-goers every Thursday night at the Harlem Sessions invites the entire neighborhood into the act, strengthening the uptown arts movement and revitalizing the New York session scene.

“I think right now it’s becoming harder for the music community [in Harlem] to be unified,” says the D.C. native, whose unique aesthetic has been part of the creativity-centric Motéma roster since 2009. “A lot of it has to do with the venues that are available to working artists, and the amount of talented musicians there are. There aren’t that many venues; there are, [however], very creative venues.”

Gin Fizz hosts the session at 125th and Lenox, above Chez Lucienne, providing a space for artists to engage in spontaneous collaboration, but the unique format for the session developed out of Cary’s desire to share an open forum for rhythmic expression and harmonic exploration with Harlem’s vital community of professional musicians, students and artists. “I’m very fortunate to grow up in a time when arts was still in the schools and still available to young musicians,” he says.

“At 16 I was given the keys to the studio to practice at night, and I also became a student teacher, so I was always involved with teaching. Even when I learned my first couple scales, I was already teaching the next kids those scales that I had just learned, and watching them develop and watching myself develop even more because I’m teaching-and sharing. That’s a big part of holding on to the ability to grow. I think you calcify that area of your musical life when you don’t share, and you don’t have conversations.”

As Rhodes Ahead Vol. 2 celebrates both a rhythmic mingling of world cultures and a study of actual melodic origins of the blues, Cary’s vision for the Harlem Sessions balances inclusion and spontaneity with professionalism and structure. “We’re developing a repertoire that’s growing week by week,” he says.

“It’s creating a zone where musicians are able to prepare to come to the session because they know that these songs are available, so even though they may not be the featured artist on that song, they can participate maybe with a horn part, a background part, a poem-it could be dance-there are a lot of ways of participating; knowing the content of the song, you find different ways to be creative. It’s a trip how this works when [the session] is not about ‘what songs/how much do you know?'”

In addition to an encouraging and creative environment, Cary’s concept for the Harlem Sessions includes a serious educational component for young players and students-a structural combination he believes to be in danger of dissolving completely into the academic vacuum becoming increasingly pervasive on the New York music scene. “People get up there sounding like they just came out of school with no sense of conversation,” he says.

“A lot of these jam sessions are old school-style without the support of the old school musicians. There was a time when knowing the standards was the thing, and you’d have all the elder musicians, who knew those standards, talk you through it if you weren’t doing it right-or kick you off the stage and tell you to go practice. That environment was healthy. Now you have these environments where [young players are] just playing a bunch of licks, and nobody’s telling them, ‘Hey, man, you could do it like this,’ or, ‘you could approach it like this.’ You don’t have those environments [anymore]. Everybody’s saying, ‘You sound really good,’ and it’s not always the truth. It’s not always what a musician needs to hear; he needs to hear the thing that’s going to help him develop. So this is the environment at the Harlem Sessions-everybody’s open to share information, not opinions. That’s the kind of space I’ve tried to create.”

When you’re on TV, everybody knows you, or at least thinks they know you. Take Kevin Eubanks, who was on NBC’s Tonight Show five nights … END_OF_DOCUMENT_TOKEN_TO_BE_REPLACED

Jimmy Katz leads many lives. He is the preeminent currently active jazz photographer, and has shot more than 200 magazine covers and over 600 recording … END_OF_DOCUMENT_TOKEN_TO_BE_REPLACED

Take a look at Blue Note Records’ release schedule for 2022 and it’s hard to miss the significant percentage of electronic-oriented music. In March, the … END_OF_DOCUMENT_TOKEN_TO_BE_REPLACED

Those who are only familiar with bassist Martin Wind’s jazz credentials—both as a leader and as a first-call sideman for Bill Mays, Dena DeRose, Ken … END_OF_DOCUMENT_TOKEN_TO_BE_REPLACED