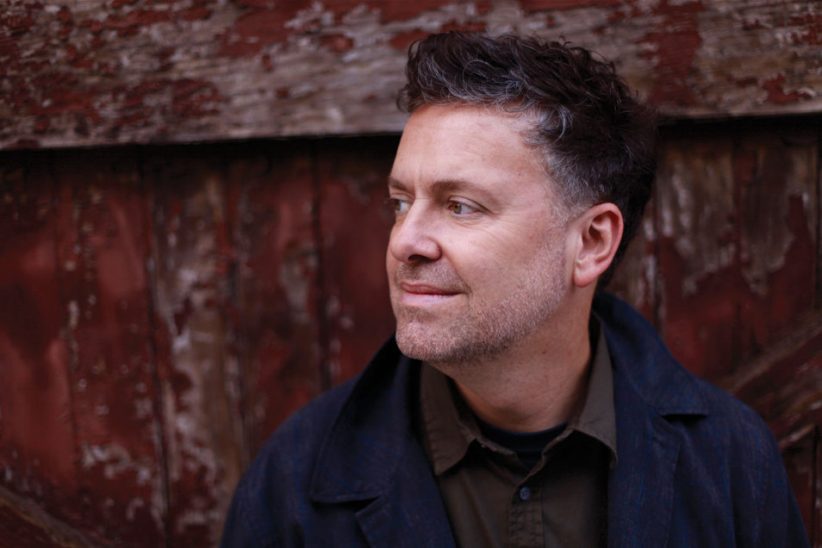 To Peter Eldridge, a great song is one that resonates in its barest incarnation. “When the melody and lyrics can carry it, and you don’t have to add a lot of bells and whistles to make it sound like something, that’s the idea of a great song,” he explains while sitting in a rehearsal room at the Manhattan School of Music, where he’s been teaching for the past 18 years. For all his acclaim as a jazz singer and pianist, Eldridge loves pop songs for their succinct narratives. “I like the idea of being taken on this emotional three-minute ride,” he says.

A lifelong fan of Brazilian and Afro-Cuban sounds, his love for the music has deepened over the last decade and a half, as he’s developed his solo career and performed as a member of the esteemed New York Voices. “I love how harmonically interesting [Brazilian and other Latin styles] are and how rhythmically sexy they are; that music is the best of everything,” Eldridge enthuses. “I had always been putting one or two of these Latin- or Brazilian-inspired tunes in a set, but I never recorded them. Some of the songs on the album are older tunes of mine that never found a home until this project.”

Like his two previous discs, Mad Heaven is co-produced by drummer and longtime collaborator Ben Wittman, who sees Mad Heaven as a new benchmark for Eldridge. “On this album,” says Wittman, “we really tried to figure out how to incorporate more pop influences with the world music and jazz. This record really melded those elements in a really organic style. His lyrics have just gotten deeper. His personal voice in his lyrics has really evolved.”

Eldridge cites the legendary Brazilian singer/composer Caetano Veloso as a particular inspiration for this new project. “His music is very adventurous but it still is very warm, appealing and soulful. So I wanted to do my take on that,” he says. Indeed, Mad Heaven tantalizes on such songs as the slinky mambo “Buffet Philosophy,” a wry commentary on overeating; the Latin-tinged ballad “I Forgot to Laugh,” a bitter kiss-off song about a couple suffering a drab relationship; and the sun-soaked titled track, which was inspired by a poem from Antonio Machado. Eldridge explains that the disc’s central theme is about making the best out of life. “Inside all the craziness of life,” he says, “there’s a lot of beauty.”

That worldly perspective of “making the best out of life” comes from someone who had an incredibly difficult 2010. Eldridge lost both of his parents last year, and Mad Heaven is dedicated to their memory. The youngest of three children, the 51-year-old Eldridge remembers being surrounded by music during his childhood in New Jersey. “My mom played piano and my dad was just loud,” he remembers. “He sang loud; he laughed loud; everything was loud and over the top. Mom was much quieter but very strong in her way. We would sing Christmas carols around the piano. All the rest of my aunts and uncles would join. Music was what got us through and what connected us to each other.”

Eldridge, a self-described goofy kid, claims his siblings were better singers than he, which explains why he first concentrated on piano. But his work as a burgeoning songwriter may have been most meaningful. “It was hard for me to express myself through words,” Eldridge says. “I was always kind of a joker who made people laugh, and that’s how I got by. I believe that songwriting helped me to discover all the other stuff that I couldn’t say just as a person. I remember playing some of my early stuff for someone, and they just kind of looked at me: ‘Wow, crying on the inside!’ Then I went, ‘Wow, I guess so.'”

It wasn’t until he began attending Ithaca College, first as a piano major, that Eldridge the singer really began to blossom, and it was at Ithaca that he first became involved with New York Voices. But even now Eldridge says he has to shake off the fear of singing, especially as a solo artist. “When I debut a new song at a gig, it’s like being a kid in front of the audience,” he admits. “I wished that I had a thicker skin. I’m trying to get better about it.”

In addition to Mad Heaven, Eldridge is co-writing a musical with Cheri Coons about the legendary Austrian artist Gustav Klimt. Last year, he and Adam Waite composed music for the upcoming documentary No Job for a Woman. “I’m writing a lot,” Eldridge concludes. “Life is never dull. I’ve had a lot of life and quite of a bit of death recently. I was happy when last year kind of ended. But there were a lot of things to be pretty grateful for.”

When you’re on TV, everybody knows you, or at least thinks they know you. Take Kevin Eubanks, who was on NBC’s Tonight Show five nights … END_OF_DOCUMENT_TOKEN_TO_BE_REPLACED

Jimmy Katz leads many lives. He is the preeminent currently active jazz photographer, and has shot more than 200 magazine covers and over 600 recording … END_OF_DOCUMENT_TOKEN_TO_BE_REPLACED

Take a look at Blue Note Records’ release schedule for 2022 and it’s hard to miss the significant percentage of electronic-oriented music. In March, the … END_OF_DOCUMENT_TOKEN_TO_BE_REPLACED