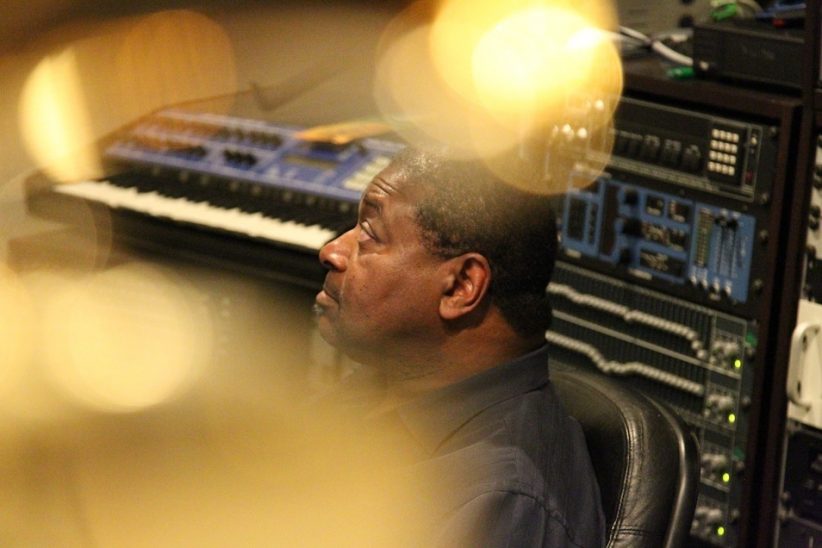 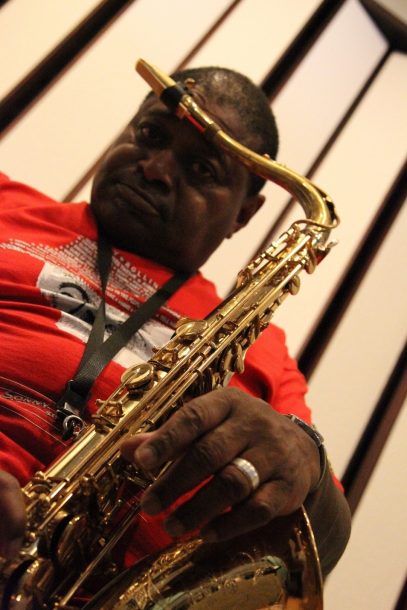 Pee Wee Ellis remembers the phone call that changed his life. It was 1965 and he was living in Rochester, N.Y., when his trumpet-playing colleague Waymon Reed asked him if he might be interested in a job. “James Brown was in need of a saxophone player,” Ellis recalls from his present home in Somerset, England. “I said, ‘Well, that’s something I can do.'”

Ellis stayed with the Godfather of Soul for four high-profile years, co-writing such epochal R&B hits as “Cold Sweat” and “Say It Loud (I’m Black and I’m Proud).” He played on and arranged most of Brown’s other bestsellers of the period, and helped to create funk music in the process. But all along he only had one goal in mind: “I wanted to be able to afford to play jazz! I didn’t think it would take this long, but it’s been a nice ride.”

That “nice ride” is handily encapsulated in Tenoration (MIG), a double-CD released in April and bearing the self-explanatory subtitle “From Jazz to Funk and Back.” Each disc-one focusing on Ellis’ funk side and the other his jazz playing-spotlights a different band, save for two-timing drummer Guido May. The funk set, with Dan Moore on keyboards, Tony Remy on guitar and Patrick Scales handling bass duties, features four tunes written or co-penned by Ellis (one, “Gittin’ a Little Hipper,” with Brown); a soulful cover of the Mark Gordon-Harry Warren ballad “At Last,” made famous by Etta James; and a 10-plus-minute workout on Cannonball Adderley’s “Sticks.” The six tracks on the jazz half include interpretations of Sonny Rollins’ “Sonnymoon for Two” and Eddie Harris’ “Freedom Jazz Dance”; a sweet take on the standard “You’ve Changed”; two more Ellis originals; and a completely different, four-minute, bluesy arrangement of “Sticks.” Assisting Ellis on the jazz tracks are pianist Gareth Williams, bassist Laurence Cottle and May.

Born in Bradenton, Fla., Ellis relocated with his family to Lubbock, Texas, during his childhood. At first he played clarinet, then switched to saxophone. The move to Rochester, in his teens, put him in touch with jazz. The sounds of John Coltrane, Joe Henderson and Sonny Rollins had a lasting influence on Ellis’ own playing. His next move was to New York City, where he studied under Rollins. “Sonny was very big on basics,” Ellis says. “He got me to think about music. He was very disciplined.”

That quality rubbed off on Ellis. “Pee Wee had the discipline to make any job work,” says bass great Ron Carter, a young musician himself in Rochester when he met Ellis in the late ’50s. “I saw him play in a marching band in the cold weather, so I wasn’t surprised he got the job with James Brown, given Mr. Brown’s penchant for finding the right guys, much like Miles did.”

At the helm of the Brown band, and with the advent of funk in the late ’60s, Ellis became a jack of two trades, earning his keep with R&B and funk but yearning to play more jazz. “I painted myself into a bit of a corner trying to please everybody,” he says. “It’s hard to find musicians who can do all of that to high standards, and it’s not always peaches and cream, but I enjoy it so I keep doing it.”

Asked if he prefers funk or jazz, Ellis responds, with a laugh, that the styles are not only “two sides of the coin, but sometimes the same side of the same coin. But I don’t care what they call it. I just play what I feel at the time.”

Alfred “Pee Wee” Ellis has been doing just that for most of his 70 years. Although Brown sometimes fined musicians for missing a beat or hitting a wrong note, Ellis never gave up a dime. “We had a mutual respect for each other,” he says. “He gave me a free hand. He realized that I was on his side and I wasn’t trying to sabotage him.”

“Pee Wee is a great musician,” says trombonist Fred Wesley, who, along with Ellis and saxophonist Maceo Parker, formed the core of Brown’s horn lineup during the classic funk years. “I hesitated to join the James Brown Orchestra until I found out he was in the band. Pee Wee taught me how to arrange and how to lead the band-and how to handle James Brown.”

Ellis left the Brown organization before the ’70s dawned. “I got tired of it,” he says. “If you were James Brown’s bandleader you couldn’t do nothing else.” After his departure he went to work as musical director and arranger for Kudu Records, the soul-jazz arm of the CTI group of labels. There, he was able to return to his first love, working with such artists as George Benson, Esther Phillips and Hank Crawford.

Then, in the late ’70s, Ellis received a call from the enigmatic Irish rocker Van Morrison, who was looking for someone to play sax and write horn charts. The gig came about while Ellis was living in Marin County, Calif., playing in a band with saxophonist Dave Liebman. Before long, Morrison asked Ellis to be his musical director. “They were pretty much alike,” says Ellis, comparing Morrison and Brown. “They were both hard taskmasters. They wanted things the way they wanted them. Both moody-you couldn’t be sure which one you were gonna get. But I had fun with all of them.”

Ellis’ initial stint with Morrison lasted from 1979-86, was reprised from 1995-99, and bore fruit on such albums as Into the Music and A Sense of Wonder. In the ’90s Ellis launched his solo career in earnest, recording under his own name and with Parker and Wesley as the JB Horns. One of Ellis’ compositions, “The Chicken,” was recorded by the late bass phenomenon Jaco Pastorius-Ellis calls the cover “one of my proudest moments.” More recently, Ellis has found a new side career contributing saxophone licks to albums by prominent world-music artists, among them Senegalese singer Cheikh Lô and the late Malian legend Ali Farka Touré.

“He can still cover the ground,” says Carter, who played a gig with Ellis in New York last year. “No one can deliver like Pee Wee can. He lets the music be his expression.”

When you’re on TV, everybody knows you, or at least thinks they know you. Take Kevin Eubanks, who was on NBC’s Tonight Show five nights … END_OF_DOCUMENT_TOKEN_TO_BE_REPLACED

Jimmy Katz leads many lives. He is the preeminent currently active jazz photographer, and has shot more than 200 magazine covers and over 600 recording … END_OF_DOCUMENT_TOKEN_TO_BE_REPLACED

Take a look at Blue Note Records’ release schedule for 2022 and it’s hard to miss the significant percentage of electronic-oriented music. In March, the … END_OF_DOCUMENT_TOKEN_TO_BE_REPLACED