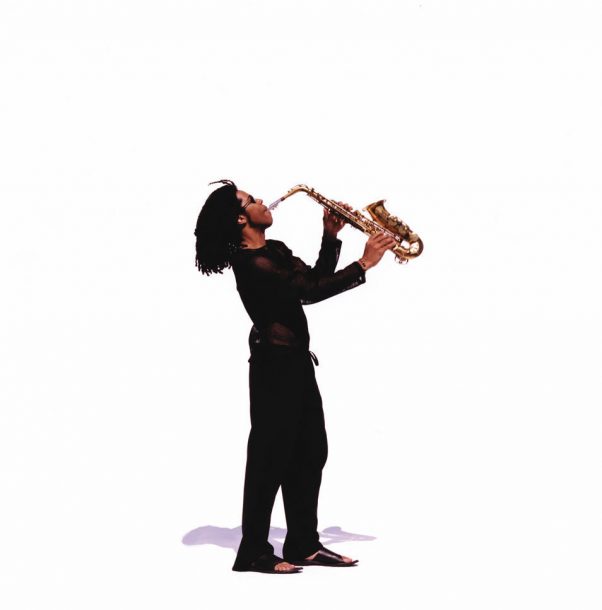 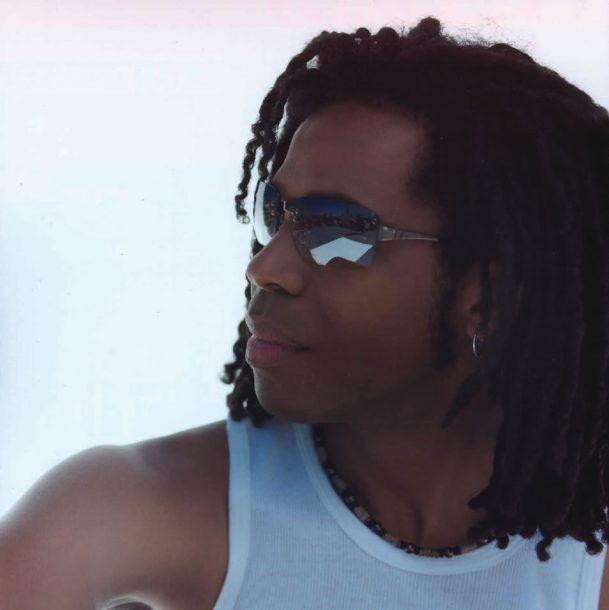 Netting a high chart debut in the competitive smooth-jazz realm is no easy feat. But Paul Taylor’s new effort, Nightlife, debuted on Billboard’s Top Contemporary Jazz Albums chart at No. 2 in April, confirming the saxophonist’s power to motivate notoriously picky record buys. (At No. 1 was Kenny G, another of Taylor’s notable influences.)

The Billboard showing overjoyed the soprano and alto saxophonist: “I had an incredible week that week,” Taylor says. “It’s made my year already.”

Actually, he’s been running on a high for a while. In 2004, Taylor had a huge hit on smooth-jazz radio with the groove-filled “Steppin’ Out,” the title track from his 2003 release on Peak. Over the past year he’s also received waves of acclaim from fans for his part on the sellout “Groovin’ for Grover” tour, a traveling tribute to the music of the late Grover Washington Jr. that featured Taylor’s sax skills alongside those of Richard Elliot, Gerald Albright and musical director Jeff Lorber. Cementing his popularity was a high-profile series of appearances recently as a musician character on one of daytime TV’s highest-rated soaps, One Life to Live. That time on TV turned up the heat at his live shows, where throngs of female fans crowd the stage for a chance to dance with the saxophonist during his sultry dance-floor hit “Deeper.”

While smooth-jazz radio has long been driven by a plethora of soulful sax stylists, Taylor has managed to emerge from the sea of pop and R&B instrumentalists in the last few years to become one of the format’s tent-pole artists. He has a knack for staying on the contemporary edge while maintaining remarkable consistency over the course of six albums. The frequently touring Taylor is adept at fusing the contemporary and improvisatory, and he’s never content to play sprightly and amusing solos over rote R&B flavored grooves; he’s willing to explore grittier rhythms-hip-hop, dancehall, electronica and house music-to support his horn melodies. As such, Nightlife represents the biggest serving of his multispiced gumbo.

“I try to keep my music current,” Taylor says. “That’s what I’m about. I try to stay in step with the times. I want people to say, ‘Oh, man, that’s kickin’!’ I want them to nod their heads, even teenagers and older people. I want to capture all these things in my music and not be dated but contemporary and well-polished.”

A compact man with flowing dreadlocks, Taylor has a sunny, engulfing smile, and he oozes nervous and creative energy.

In other words, he looks and sounds like a star.

Key to Nightlife’s success is Taylor’s choice of collaborators. Longtime R&B and pop producer and songwriter Barry Eastmond lends an East Coast smattering of soul to such numbers as the bluesy “Around the Corner” and sexy ballads like “Candlelight” and “Silk ‘n’ Lace.” He also cowrites tunes with Rex Rideout, best known for coordinating the Grammy-nominated tribute disc Forever, for Always, for Luther on which Taylor makes an appearance. The L.A.-based Rideout first collaborated with Taylor on the saxophonist’s Steppin’ Out and he also cowrote Nightlife’s club-ready title track. “We have a special bond, a special kinetic thing going now,” notes Taylor.

Also back is Taylor’s longtime friend and collaborator Dino Esposito. Both went to University of Nevada, Las Vegas (UNLV), and when Esposito began pursuing a pop-vocal career during the ’90s he pulled Taylor into the studio. Taylor’s compositions with Esposito seem to bring out the wildest imaginations in both, with tunes reflecting the influence of world music, electronica, trance and straight pop. The two met with success on such previous Taylor albums as 1997’s Pleasure Seeker, 2000’s Undercover and 2001’s Hypnotic. Esposito is responsible for having Taylor record the atmospheric tune “Things Left Unsaid” in 3/4 as well as for contributing the seeds of the album’s only cover tune, a version of Force M.D.’s “Tender Love,” featuring Maxi Priest.

“I’ve done a couple of covers in the past, but I always thought ‘Tender Love’ was a great song,” Taylor says of the New Jack Swing-era staple. “It’s a Jimmy Jam and Terry Lewis production, so I’ve always loved the song.” He adds that he’s always been a big fan of international reggae pop star Maxi Priest, whom he met just moments before recording in New York. “I think his sound transcends over different formats,” Taylor says. “He’s not locked into one particular sound.”

For all his success, Taylor seems reticent when it comes to talking about himself and his journey, preferring to let his music do the talking. Born and raised in Denver, Taylor made his acquaintance with a saxophone at 7. But as Taylor tells the tale with a laugh, saying he didn’t seek out the sax-it was thrust upon him by a father concerned about filling the hours of his young boys’ lives with something constructive: “My brother and I were sitting at home doing whatever, and my dad came home and said, ‘You guys want to play a musical instrument?’ And we said, ‘Sure, why not? Sounds like fun.'”

Next thing the Taylor boys knew, they’d been enrolled in Denver Youth Musicians, a nonprofit organization that taught music to kids and organized them into bands of increasing skill, ending with the Gold Sash Band for high schoolers. “You have a first meeting and the director looks at your height, your posture, and your hands. They looked at my brother and started him on the clarinet,” Taylor says. “Then he looked at me and said, ‘We’re gonna start you on saxophone.’ I didn’t really know any better, so I went with it.”

Taylor kept up with the Denver Youth Musicians, eventually gaining first saxophone in the Gold Sash Band. While still underage he started to play gigs in local clubs with the local high school band Mixed Company, where they not only performed Top 40 and funk tunes but also a few jazz classics, including songs by the Crusaders, David Sanborn and Washington Jr.’s “Mister Magic.”

After enrolling at UNLV, Taylor began playing the city’s numerous lounges in order to build his chops. Connecting with Esposito at school proved a valuable connection; he got invited to Jeff Lorber’s L.A. digs to perform solos on Esposito’s album, and Taylor kept in touch with the busy funk and fusion keyboardist. In 1994 Lorber invited Taylor to perform with him at the popular Catalina Island Jazz Festival. In another fortuitous turn of events, Japanese New Age pianist Keiko Matsui and her producer-husband, Kazu, caught Taylor’s performance with Lorber, and they were so impressed they offered him an audition, which he aced.

Taylor spent the next two years recording and touring with the Matsuis, appearing on Keiko’s albums Sapphire (1995) and Dream Walk (1996). Kazu then showed further support of the young horn player by producing his debut solo set, On the Horn (1995), which yielded his first No. 1 smooth-jazz radio hit, “‘Til We Meet Again.” Taylor credits his time with Lorber and the Matsuis as the real boosts his career needed, and also with helping the nascent artist crystallize his sound.

Though Taylor began to gain attention with other chart singles and was beginning to become a solo concert attraction at the dawn of the new century, in 1999 he took up an offer from Russ Freeman to join the Rippingtons after Jeff Kashiwa left. He joined the superpopular group for a tour and the Topaz album. “I love being a sideman, because it’s a little less pressure-of course, you have to do your part,” Taylor says. “I like being a solo artist as well, but I like doing selective things like that, some guest appearances, at the right time in the right tune. Also, you have to worry about not competing with yourself if you have some songs out and you’re gonna play with someone else in the same format-that all comes into play too.”

With the summer and fall touring season revving up, Taylor is looking forward to performing with his band to promote Nightlife. While the genre is exploding with package tours and cruises, after the “Groovin’ for Grover” bonanza Taylor wants to focus on his own career development-with good songwriting his primary goal. “The experience of having chart hits over the course of making several albums, I’ve gotten a good sense of what might be a good radio song,” he says, “but other than that I don’t make my whole album for radio. I just go in and try to make the best music I can.”

Taylor has been listening to Seal IV and his iPod, which has more than 400 songs on it-a mixture of rap, smooth jazz, alternative, R&B and Top 40.

Guitarist Will Bernard bears the bittersweet blessing of virtuosic skill and eclectic taste, making his music a perpetual delight and yet hard to categorize. Maybe … END_OF_DOCUMENT_TOKEN_TO_BE_REPLACED

At 95, Chicago-based guitarist George Freeman is among the world’s oldest active jazz musicians. Although he came of musical age in the 1940s and counts … END_OF_DOCUMENT_TOKEN_TO_BE_REPLACED

When you’re on TV, everybody knows you, or at least thinks they know you. Take Kevin Eubanks, who was on NBC’s Tonight Show five nights … END_OF_DOCUMENT_TOKEN_TO_BE_REPLACED