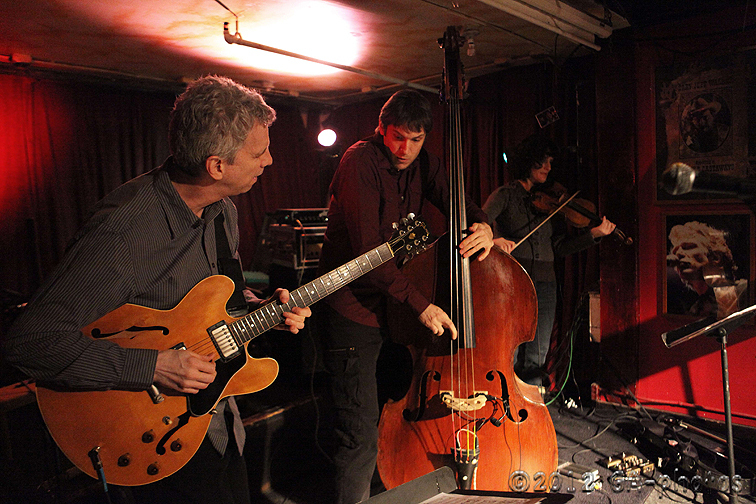 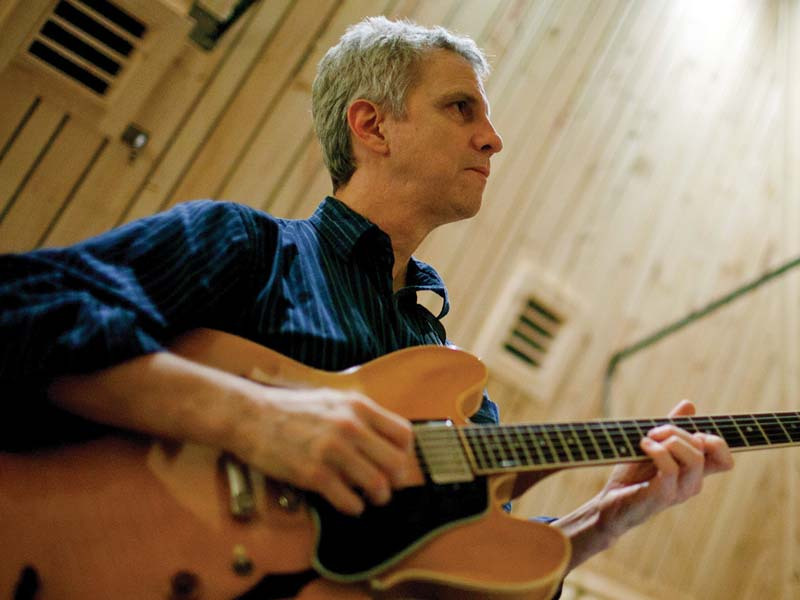 Munching on an omelet at a diner in Clinton Hill, Brooklyn, Steve Cardenas rattles off a list of his favorite guitarists. “Well, if you want to start from the beginning, Steve Howe from Yes!” he laughs. “Joe Walsh from the James Gang, Hendrix, Jimmy Page, all that stuff.” Getting into jazz, he waxes rhapsodic about Jim Hall. “But I love John McLaughlin. I love Pat Martino. I love everybody you can think of. They all have spoken to or continue to speak to me in some manner.

“And then also everybody that you’ve never heard of. How many gigs have I been to where I heard the person play something and gone, ‘Oh, I would have never thought of that! That’s so cool!’? That’s happened so many times. That’s really the magic of music that sometimes doesn’t get spoken.”

Cardenas is, to a significant extent, a practitioner of that magic. The 55-year-old guitarist has been in New York for 19 years, following tenures in his hometown of Kansas City as well as in San Francisco and Los Angeles. In that time he has never become a headliner per se, but he has been a crucial supporter for some big names. He was a member of Paul Motian’s Electric Bebop Band and Joey Baron’s Killer Joey, and Cardenas’ latest album, Melody in a Dream (Sunnyside), is a tribute to those two drummers. He performed with Charlie Haden’s Liberation Music Orchestra; with singers Rebecca Martin, Kate McGarry and Madeleine Peyroux; and he currently wields his six-string in the bands of bassists Steve Swallow, Todd Sickafoose and Ben Allison. “He’s great,” says Allison. “I really count on Steve to work his magic with the material that I bring in, really put his own stamp on it, which is invariably cooler than what I had in mind anyway.”

If his solo career has taken a backseat to all that sideman work-Melody in a Dream is his fourth album in 15 years-Cardenas is comfortable with that. Working in so many bands gives him an expansive stylistic palette. “I do love to play in different groups. I never felt like I wanted to only be a bandleader and only do my music,” he says. “When I grew up in Kansas City, I was playing gigs where one gig would be straight-ahead and beboppish, another would be all original music, another would be punk stuff and another would be R&B and blues-based with a singer. I loved all of that stuff and I never felt like it was anything but myself.”

Guitarist Will Bernard bears the bittersweet blessing of virtuosic skill and eclectic taste, making his music a perpetual delight and yet hard to categorize. Maybe … END_OF_DOCUMENT_TOKEN_TO_BE_REPLACED

At 95, Chicago-based guitarist George Freeman is among the world’s oldest active jazz musicians. Although he came of musical age in the 1940s and counts … END_OF_DOCUMENT_TOKEN_TO_BE_REPLACED

When you’re on TV, everybody knows you, or at least thinks they know you. Take Kevin Eubanks, who was on NBC’s Tonight Show five nights … END_OF_DOCUMENT_TOKEN_TO_BE_REPLACED