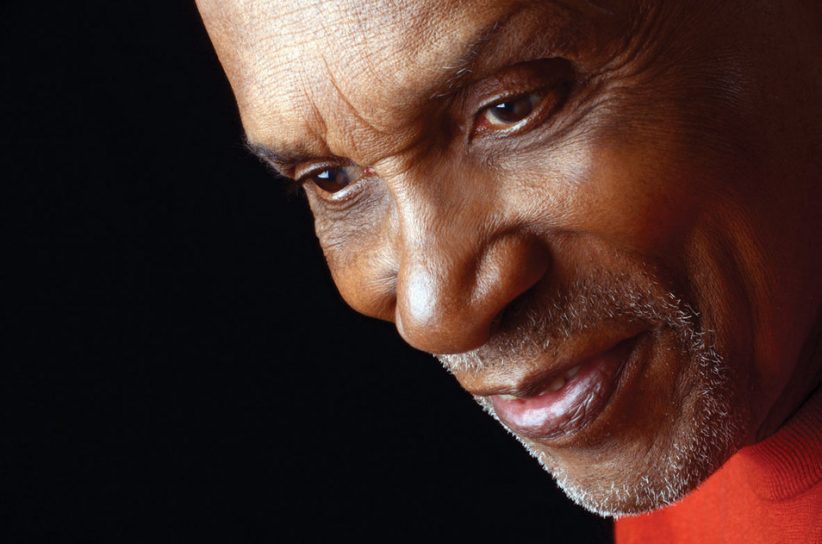 There have been plenty of impressive second acts in jazz, though few, if any, as fulfilling as the rebirth of vocalist Ed Reed. Actually, Reed’s reemergence six years ago at age 78 was less a renaissance than a very late start, one that also signaled the courageous conclusion to a most arduous journey. Apart from an occasional demo, Reed had never recorded prior to the sessions for what would become 2007’s Ed Reed Sings Love Stories, released on his nascent Blue Shorts label. Now, three albums later, he harkens back to one of his earliest musical influences, paying tribute to the Nat King Cole Trio with I’m a Shy Guy.

Cole’s trio recorded the title track in 1945. Two years earlier, the band-Cole, guitarist Oscar Moore and bassist Johnny Miller-had performed at Reed’s school, Jordan High in Los Angeles’ Watts neighborhood. Reed, a member of the school choir, idolized Cole. But when Nat dropped by the choir room to introduce himself, Reed froze. “He went around and shook everybody’s hand,” says Reed, “but when he got to me, I turned to stone and couldn’t say a word.” So painfully shy was Reed that the only way he could communicate with girls, he says, was to serenade them, often with Cole tunes, over the phone. By that time, Reed had already developed a keen appreciation for jazz, personally guided by Charles Mingus. In Watts, Reed’s family lived diagonally across the street from the legendary bassist’s sister, Vivian, whom Mingus would often visit. “Charles always had that bass under his arm,” he recalls. “I never saw him without it. He was such a gruff guy that I was scared of him, so I’d peek through the screen door to see what he was playing. One day he said, ‘C’mon in-what are you doing standing out there?’ He taught me what was going on with all that music, and out of that I learned chord changes.”

A good student, Reed was eager to join the Jordan High debate team. Instead, a school counselor suggested-and Reed emphasizes the racial biases that were fervent at the time-he sign up for shoemaking shop. Infuriated, he quit school and joined the army. Surprisingly, given the prevalence of drug use among jazz musicians, it was in the military that Reed began a four-decade addiction that would not only sideline any hope of a music career but lead to four prison terms, three at San Quentin and one at Folsom.

Tenor saxophonist Julieta Eugenio was recently reminded of the distinct pleasure one can derive from masters of her chosen instrument. While cooking at home and … END_OF_DOCUMENT_TOKEN_TO_BE_REPLACED

Everything about Israeli-born tenor and soprano saxophonist Eli Degibri is a celebration. You can hear that in his sideman gigs with Herbie Hancock and Al … END_OF_DOCUMENT_TOKEN_TO_BE_REPLACED

It’s a cold March Friday night in New York City, but the crowd inside the Village Vanguard crackles with warmth as it engages with the … END_OF_DOCUMENT_TOKEN_TO_BE_REPLACED

When you hear tenor saxophonist Mark Turner’s name in conversation, it seems to be frequently linked to the notions of mindfulness, precision, and fastidiousness. “That … END_OF_DOCUMENT_TOKEN_TO_BE_REPLACED