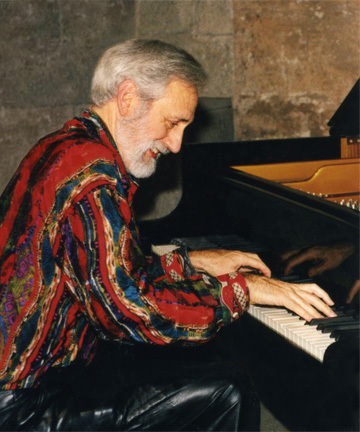 As if giant extraterrestrial pods exuding humanoid bodies weren’t scary enough, a series of eerie pings and unsettling tones turn the scene into one of Hollywood’s most terrifying moments. Widely credited as an essential element of Philip Kaufman’s classic 1978 remake of Invasion of the Body Snatchers, Denny Zeitlin’s cutting-edge electronic score remains his sole celluloid foray, despite earning lavish praise from film and music critics. (Perseverance Records released it on CD in 2003.) He got other offers, but composing and producing Invasion‘s music became such an all-consuming task that the pianist not only swore off future film work, he gave up a decade-long love affair with synthesizers and returned to his acoustic roots. “The experience was so exhausting and demanding, and I was so pleased and proud of the result, that I told myself after Invasion I’d never do that again,” explains Zeitlin, 75. “It just ripped me away from everything else.”

In the latest chapter of a five-decade career distinguished by fertile collaborations, inventive compositions, transporting improvisations and enviable keyboard prowess, Zeitlin has rekindled his passion for electronics, a winding journey that led to 2013’s sumptuous Both/And (Sunnyside). A series of extended, often-episodic compositions, the album documents his “Solo Electro-Acoustic Adventures,” from the tempestuous opening track, “Meteorology,” and the tender “Kathryn’s Song,” to the playful and funk-laden closing suite, Monk-y Business Revisited, which explores the full orchestral palette at Zeitlin’s fingertips. Unlike his early days as an electronic explorer, he has no plans to present the music in public. “I really have a rig now, with four keyboards at right angles to each other, a couple of computers plus the piano,” Zeitlin explains from his home studio a few miles south of San Rafael, Calif. “One program is so demanding it has its own computer. When everything works it’s magic, but it crashes if you look at it funny. The idea of ever trying to take it out of the studio is out of the question, but I’m having a marvelous time in the studio.”

Zeitlin’s willingness to wrangle with new technologies is hardly a surprise given his track record and lifestyle. Tall and lanky, he could star in an advertising campaign for the salubrious effects of Northern California living. Looking a good decade younger than his age, he’s an avid mountain biker who makes regular ascents of Marin County’s scenic Mount Tamalpais with his wife of five decades, the actress Josephine Zeitlin. A wine aficionado, he and drummer Matt Wilson take great pleasure in having turned bassist Buster Williams on to their vino obsession, transforming Zeitlin’s stellar trio into a moveable tasting party.

When you’re on TV, everybody knows you, or at least thinks they know you. Take Kevin Eubanks, who was on NBC’s Tonight Show five nights … END_OF_DOCUMENT_TOKEN_TO_BE_REPLACED

Jimmy Katz leads many lives. He is the preeminent currently active jazz photographer, and has shot more than 200 magazine covers and over 600 recording … END_OF_DOCUMENT_TOKEN_TO_BE_REPLACED

Take a look at Blue Note Records’ release schedule for 2022 and it’s hard to miss the significant percentage of electronic-oriented music. In March, the … END_OF_DOCUMENT_TOKEN_TO_BE_REPLACED