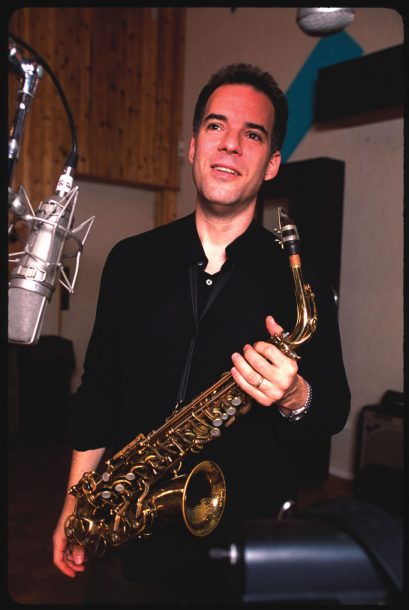 “Phil Woods said, ‘Any damn kid can make a record in their 20s. What are you gonna do in your 40s?'” relates Jim Snidero, referring to one of his mentors on the alto saxophone. We’re at a brunch spot just outside Washington, D.C., where he’s playing the weekend at the club Twins Jazz. “I’m proud of the fact that I’m active, as a jazz soloist, in my 50s. It’s a good time for me.”

Snidero has had no deficit of good times as an active jazz soloist. The saxophonist and composer has been making records under his own name since 1984, 19 in all. His latest, Main Street (Savant), featuring pianist Fabian Almazan, bassist Linda Oh and drummer Rudy Royston, was released in January. As a sideman he began his career with Brother Jack McDuff and the Toshiko Akiyoshi Jazz Orchestra, before moving on to work with Frank Wess, Walt Weiskopf, Eddie Palmieri and Frank Sinatra’s East Coast band for the final years of the Voice’s performing career.

Then there’s his experience in jazz education, where Snidero’s work has made him a household name. He’s the author of a series of etude books that’s widely used in programs around the world. “I’d venture to say that 75 percent of the professional jazz musicians under age 40 played out of those books,” he says. “A lot of times people come to gigs with books that they want me to sign!”

Snidero’s career as a player and composer hasn’t given him the profile of a festival headliner-though not because his peers don’t know how good he is. “He has a unique style. I always know it’s him in two notes,” says trumpeter Brian Lynch, a friend since they both arrived in New York in the early ’80s. “He’s a very literate and very knowledgeable player, not just about notes but about the history of the music. … It comes through in an individual way in his playing.”

Snidero suggests that he’s flown under the radar because it’s only since he signed to Savant Records in 2007 that his music has developed a real sense of consistency. “I hovered between three or four record labels between 1984 and 2004, with no long-term arrangement,” he explains. “If you have a consistent recording contract, you know that something’s coming up. You’ve got a year or two to prepare for the next one, so there’s a consistency and concept that you have to develop-at least for me. I’m trying to improve myself as a musician and a composer.”

Jimmy Katz leads many lives. He is the preeminent currently active jazz photographer, and has shot more than 200 magazine covers and over 600 recording … END_OF_DOCUMENT_TOKEN_TO_BE_REPLACED

Take a look at Blue Note Records’ release schedule for 2022 and it’s hard to miss the significant percentage of electronic-oriented music. In March, the … END_OF_DOCUMENT_TOKEN_TO_BE_REPLACED

Those who are only familiar with bassist Martin Wind’s jazz credentials—both as a leader and as a first-call sideman for Bill Mays, Dena DeRose, Ken … END_OF_DOCUMENT_TOKEN_TO_BE_REPLACED

Have saxophone, will travel. With apologies to Paladin, that sums up the career of reed player Greg Abate. Since the early 1990s, he’s been a … END_OF_DOCUMENT_TOKEN_TO_BE_REPLACED