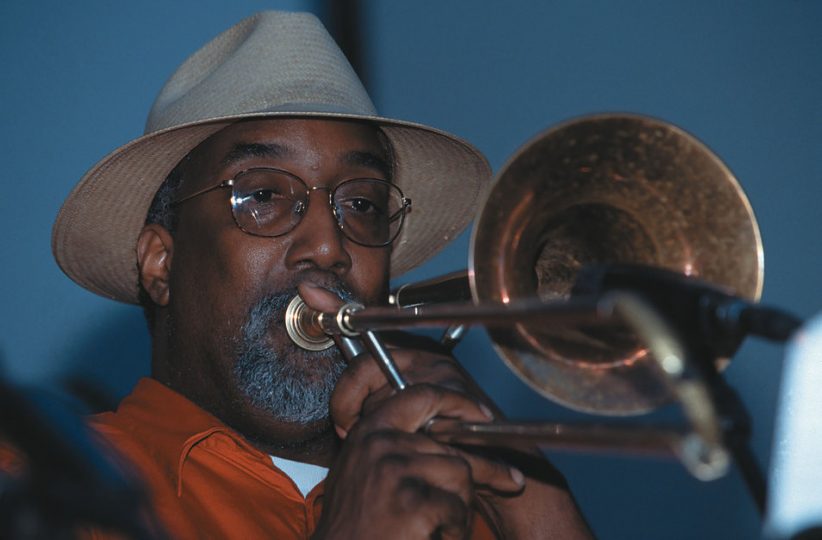 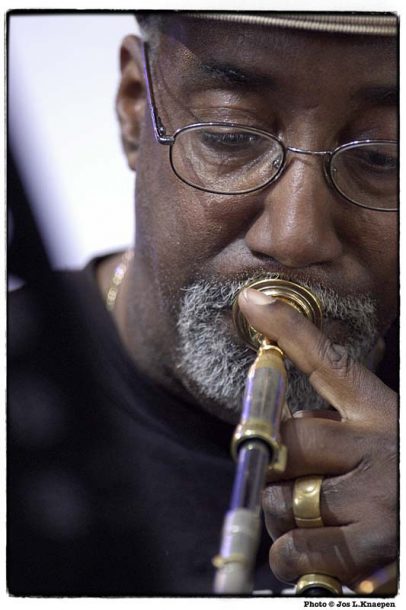 Half a lifetime ago, in the summer of 1982, a year after he and his wife moved into the Bedford-Stuyvesant brownstone that his grandfather purchased in 1921, 32-year-old trombonist Curtis Fowlkes met 31-year-old saxophonist Roy Nathanson in the Big Apple Circus band at Brooklyn’s Prospect Park. Each made an instant impression upon the other; a musical marriage ignited, most famously begetting the Jazz Passengers, the avatar jazz-to-art-pop ensemble that would mirror the eclecticism of the band in which they met.

“I’d just been in a Haitian band when I got the call,” Nathanson recalled recently. “I wasn’t reading shit. Some of the music was poppish jazz, with occasional solos, some was traditional circus stuff and some was crazy, fast two-beat music. Curtis played it all so perfectly I couldn’t believe it-his soulfulness, his sound, his reading ability, how deep the blues is in his thing, and all so understated. He got me through the first couple of days by playing my parts for me.”

“I did help point Roy through a lot of the music,” Fowlkes acknowledged. “Section playing was more part of my makeup than he’d maintained.” It helped that he knew the repertoire cold after several weeks in the band, led by trumpeter Ric Albani, who knew Fowlkes from their time in an Ernie Wilkins-led big band several years before. “Roy was totally turned on,” Fowlkes said. “We became friends.”

Born and raised in Brooklyn’s Bedford-Stuyvesant and Brownsville neighborhoods, Fowlkes had been earning his living since high school as a journeyman trombone player in an array of Latin, reggae, calypso, funk and R&B horn sections. Fowlkes studied at Manhattan Community College, where his classmates circa 1969-1970 included William Parker, Roy Campbell Jr. and Charles Tyler; played “Ascension-plus, play-to-the-gods” music with likeminded practitioners at sessions in apartments and lofts; kibitzed at a Williamsburg space run by Rashied Ali; and soaked up the atmosphere at the New Muse, a Pan-African cultural outpost that presented concerts by the likes of Betty Carter and Pharoah Sanders.

“I was such a Brooklyn guy,” Fowlkes said over lunch at a Turkish restaurant in that borough’s Fort Greene neighborhood. “Olu Dara called me when I was 21 to ask if I’d be interested and available to play with Doug and Jean Carn. But I didn’t think I was ready, so I didn’t show up to the gig. Olu used to tease me, ‘You’re never going to leave Brooklyn.'”

When you’re on TV, everybody knows you, or at least thinks they know you. Take Kevin Eubanks, who was on NBC’s Tonight Show five nights … END_OF_DOCUMENT_TOKEN_TO_BE_REPLACED

Jimmy Katz leads many lives. He is the preeminent currently active jazz photographer, and has shot more than 200 magazine covers and over 600 recording … END_OF_DOCUMENT_TOKEN_TO_BE_REPLACED

Take a look at Blue Note Records’ release schedule for 2022 and it’s hard to miss the significant percentage of electronic-oriented music. In March, the … END_OF_DOCUMENT_TOKEN_TO_BE_REPLACED