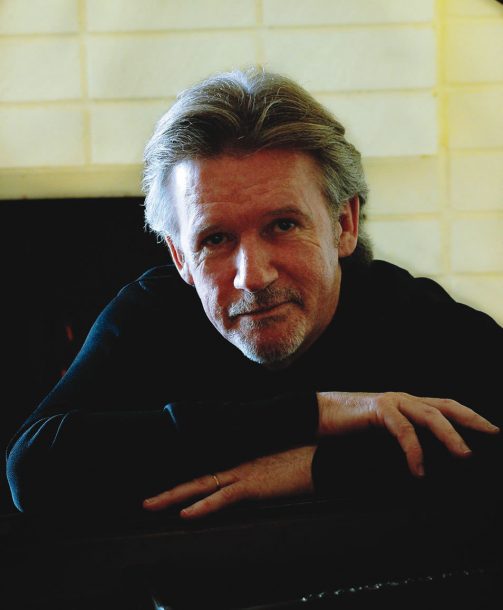 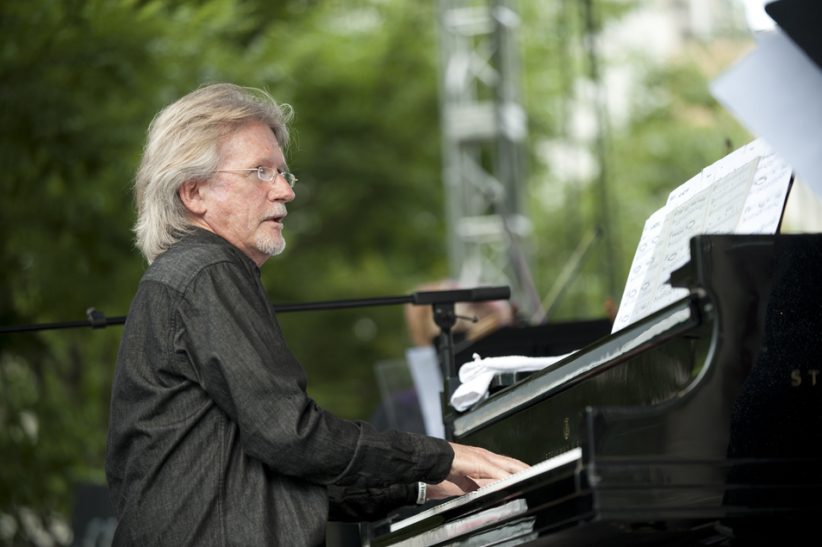 At the beginning of our conversation, over coffee and donuts at a diner in Tarrytown, N.Y., pianist Alan Broadbent corrects me. When I bring up the fact that he put out two “records” in 2014-a big-band date called America the Beautiful (Jan Matthies) and a live solo-piano set on vinyl titled Just One of Those Things (Edition Longplay)-he says, “One’s a record.”

More than semantics, it’s a reminder that Broadbent, now 67 and a resident of New York State since 2011, after almost 40 years in Los Angeles, has been around the block. Since moving to the U.S. in 1966 from his native New Zealand, he’s worked with the likes of Woody Herman, Nelson Riddle, Johnny Mandel, Bud Shank, Lee Konitz and the late Charlie Haden, whose Quartet West included the pianist for the entirety of its three-decade run. And “pianist” is merely one of the hats he dons: Broadbent has conducted for orchestral projects by Natalie Cole and Diana Krall, and he has arranged for several of the aforementioned artists as well as Barbra Streisand and Paul McCartney, among many others. Having a diverse set of talents is something of a requirement for today’s musician, but Broadbent has been stoking a variety of fires since the ’60s.

After settling in Boston in ’66-he was given a DownBeat scholarship to attend Berklee-things moved quickly for Broadbent. He began traveling to New York for regular lessons with Lennie Tristano, an early inspiration whom he recalls as a “father figure” and not “the martinet that most people remember him from before, in the ’50s.”

“We would do the lesson,” he continues, “and then always at the end, it was, ‘Play me something.’ And I would play, and he would always ask, ‘How did you feel? Well, let’s talk about it.’ It was this wonderful relationship that I needed and had. Especially that it was guided by the music, ’cause I’d never had that kind of strength in my life before.”

A break arrived in 1969, and for three years Broadbent played with Herman’s big band, a job that allowed him to research arranging for an ensemble that size. In 1972 he left Herman and moved to L.A., where in addition to launching a long and fruitful catalog as a leader, particularly with trios, he became known as a go-to resource for singers. He played piano for Irene Kral in the ’70s and went on to work extensively with Diane Schuur, Krall, Cole and others. His arranging on Cole’s version of “When I Fall in Love,” off her Stardust album from 1996, earned Broadbent his first Grammy, and a second Grammy came with his orchestral writing for a version of Leonard Bernstein’s “Lonely Town,” sung by Shirley Horn and included on Charlie Haden’s 1999 disc The Art of the Song. (In all, Broadbent has been nominated for Grammys seven times.)

Guitarist Will Bernard bears the bittersweet blessing of virtuosic skill and eclectic taste, making his music a perpetual delight and yet hard to categorize. Maybe … END_OF_DOCUMENT_TOKEN_TO_BE_REPLACED

At 95, Chicago-based guitarist George Freeman is among the world’s oldest active jazz musicians. Although he came of musical age in the 1940s and counts … END_OF_DOCUMENT_TOKEN_TO_BE_REPLACED

When you’re on TV, everybody knows you, or at least thinks they know you. Take Kevin Eubanks, who was on NBC’s Tonight Show five nights … END_OF_DOCUMENT_TOKEN_TO_BE_REPLACED