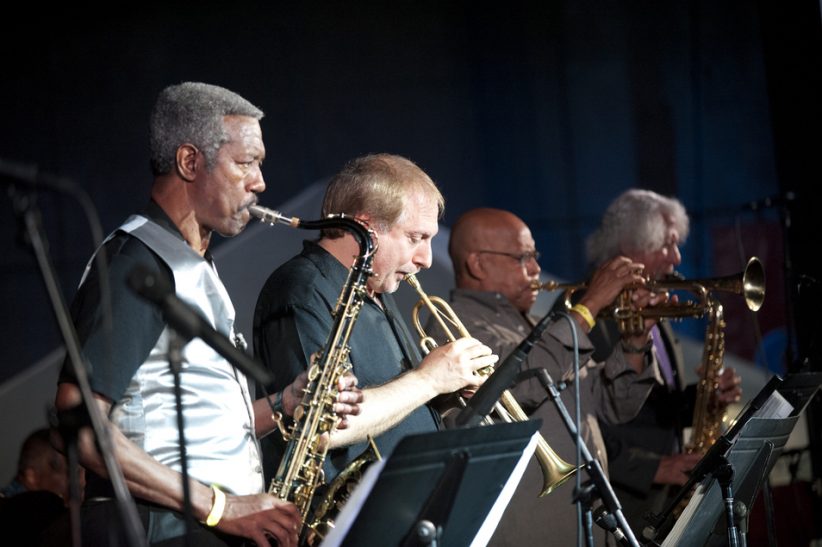 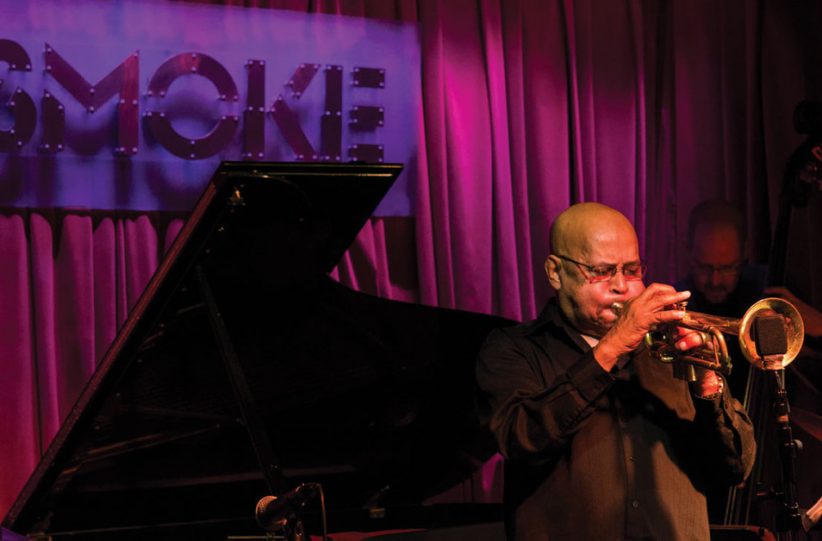 When he was a teenager, Eddie Henderson wanted nothing more than to become a professional figure skater. He hit the ice as soon as the rink opened and didn’t leave until closing time. Eventually the rigors of medical school caused him to retire that first dream, and it appeared he was headed for a lucrative career as a psychiatrist. But even after earning his medical degree Henderson was still not where he wanted to be in life. What he really wanted, he finally admitted to himself, was to play the trumpet.

“When Herbie hired me,” says Henderson, now 72 and still performing regularly, “I quit and the mental health staff said, ‘We can’t understand why you want to stop being a doctor and psychiatrist and play music.’ I said, ‘Wait a minute. You’re in the mental health field and you can’t understand why somebody would do something that makes them happy? I’m gonna put you on a 72-hour hold!'”

“Herbie” is Hancock, and it was the keyboardist-composer’s Mwandishi album, recorded in late 1970, on which Henderson earned his first recording credit. He became a core component of Hancock’s working group and appeared on Crossings and Sextant, Hancock’s next two albums; the same crew appeared on Henderson’s leader debut, 1973’s Realization. Since then, although his career has had its ups and downs, Henderson has remained prolific-and ever-optimistic.

Today, he continues to record as a leader-his most recent disc is 2010’s For All We Know (Furthermore), with John Scofield (guitar), Doug Weiss (bass) and Billy Drummond (drums)-and as a member of the Cookers, the all-star septet led by fellow trumpeter David Weiss and featuring saxophonists Billy Harper and Craig Handy, pianist George Cables, bassist Cecil McBee and Billy Hart on drums. The group comes together to tour as individual schedules allow and will soon begin work on its fourth album.

Weiss credits Henderson with helping him transform his image of the trumpet. “His Sunburst album [Blue Note, 1975] really drew me in and made this shitty instrument I had to play in high school come to life with possibilities,” Weiss says. “It sent me on my way to becoming what I am today. Eddie is steeped in the tradition but also steeped in searching, experimenting and pushing this music forward. He is perhaps the last truly original trumpet voice we have.”

Keyboardist Mike LeDonne, with whom Henderson often plays at Smoke, a small jazz club on Manhattan’s Upper West Side, echoes that sentiment: “Eddie is one of our greatest trumpet players and does not get nearly the notice he’s due,” he says. “He’s got that real sound and rhythm that people like Lee Morgan, Miles Davis and Freddie Hubbard had. But his style is all his own and he’s still daring to stretch the limits of what he does and find new things.”

Guitarist Will Bernard bears the bittersweet blessing of virtuosic skill and eclectic taste, making his music a perpetual delight and yet hard to categorize. Maybe … END_OF_DOCUMENT_TOKEN_TO_BE_REPLACED

At 95, Chicago-based guitarist George Freeman is among the world’s oldest active jazz musicians. Although he came of musical age in the 1940s and counts … END_OF_DOCUMENT_TOKEN_TO_BE_REPLACED

When you’re on TV, everybody knows you, or at least thinks they know you. Take Kevin Eubanks, who was on NBC’s Tonight Show five nights … END_OF_DOCUMENT_TOKEN_TO_BE_REPLACED