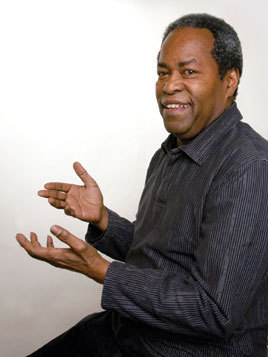 “Doug is the first person I mention to anybody in my circle,” says Steve Coleman, referring to the 69-year-old drummer-composer Doug Hammond. Alto saxophonist Coleman, one of the most influential figures of jazz’s past three decades, has frequently credited him as a lodestar figure for his rhythmic and improvisational concepts. But Hammond, who lives in Linz, Austria, remains, in Coleman’s words, “one of these cats that nobody knows.”

Coleman is far from the only endorser of Hammond’s bona fides. Hammond was 31 when Charles Mingus recorded his composition “Moves,” the title track of Mingus’ first date with his singular Don Pullen-George Adams band. In 1987, Dave Holland used Hammond’s “Brother Ty” and “Figit Time” to bookend The Razor’s Edge, which debuted his important ’80s unit with Coleman, trombonist Robin Eubanks and drummer Marvin “Smitty” Smith. By then, Hammond had recorded two little-heard masterpieces, Perspicuity and Spaces, with his own trio featuring Coleman and cellist Muneer Abdul Fataah. “I was bringing Dave music with very particular rhythms which he hadn’t played before, and he asked me where they came from,” Coleman recalls. “To me, the things that drummers like Marcus Gilmore and Tyshawn Sorey are doing today are an updated version of what Doug was doing then.”

Mingus and Holland homed in on Hammond’s ability to compose consonant, off-kilter tunes in which the drumset functions as a melodic, polyrhythmic instrument, incorporating ostinatos, or “drum chants,” that designate a specific role for each component within the flow. Fataah brought Coleman into Hammond’s orbit in 1979, at a rehearsal for an engagement with Dianne McIntyre’s Sounds in Motion dance troupe. Midway through, Hammond suggested Coleman take a break while he and Fataah ran through a duo piece. “Before I could go out the door to get my Coke, they started playing, and I stopped and listened to the whole thing,” Coleman reminisces. “I asked Doug if he had more music like this. He said, ‘I’ve got boxes of it. I write a lot.’ … ‘You just found an alto player if you want one,’ I said, ‘because I have to learn what this is that you’re doing.'”

Then 23, Coleman found his imagination stretched by Hammond’s penchant for “playing the drums in a way that made up for there not being harmony. I’d been listening to Folkways and UNESCO recordings of the West African rainforest people and was messing around with different forms, but something was missing. Doug’s music felt like the glove that fit the rest of the stuff I was perplexed about. It wasn’t just his rhythmic concept or the melodicism, but how he got from point to point-the placement, like the effect Dizzy Gillespie described when he heard Bird. The actual rhythms, the rootedness, the deep groove were a given. It felt hip, not like just an intellectual exercise. What he did is very important to the music.”

When you’re on TV, everybody knows you, or at least thinks they know you. Take Kevin Eubanks, who was on NBC’s Tonight Show five nights … END_OF_DOCUMENT_TOKEN_TO_BE_REPLACED

Jimmy Katz leads many lives. He is the preeminent currently active jazz photographer, and has shot more than 200 magazine covers and over 600 recording … END_OF_DOCUMENT_TOKEN_TO_BE_REPLACED

Take a look at Blue Note Records’ release schedule for 2022 and it’s hard to miss the significant percentage of electronic-oriented music. In March, the … END_OF_DOCUMENT_TOKEN_TO_BE_REPLACED