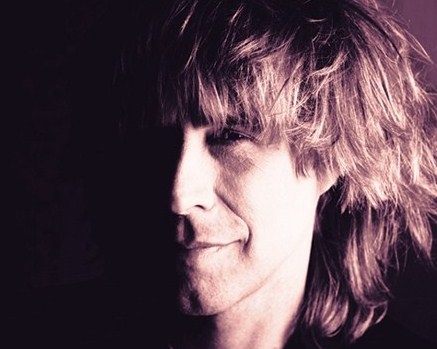 By the time Terry Adams had reached his late teens, even before he formed NRBQ-the beloved, if not particularly world-famous, hybrid-rock band he still fronts today-the keyboardist had already harbored an obsession with Thelonious Monk for several years. So often did he turn up at Monk’s gigs, absorbing and studying his hero’s every move, that eventually Monk’s greatest champion, “the Baroness,” Pannonica de Koenigswarter, chatted him up.

“She said, ‘From now on you’re on my guest list. Just tell me when,'” says Adams, who met Monk himself on numerous occasions. “He’d be in such a great mood sometimes. I remember him sort of teasing me. He came over and said, ‘You know what’s wrong with the world today?’ I said, ‘What?’ He said, ‘Teenagers are crazy!'”

It’s taken him more than 45 years, but the once-crazy teen from Louisville, Ky., has finally voiced his debt to Monk via Talk Thelonious (Clang!), a mostly live album featuring Adams, on various keys, backed by current members of NRBQ and other musicians.

To his longtime, devoted fans, Adams’ decision to cut an album-length tribute to Monk should not come as a surprise. Although the acronym initially stood for New Rhythm and Blues Quartet, since day one NRBQ has been about eclecticism, their repertoire vacuuming up tunes and elements from the worlds of honky-tonk country, pure pop, roadhouse blues and the various corners of jazz. The band’s 1969 debut album, two years after their formation, opened with an Eddie Cochran rockabilly hit and then went directly to Sun Ra’s “Rocket Number 9.” That anything-goes philosophy has never wavered.

“It would seem dishonest to me to sign up for one style of music; I’d bore myself,” says Adams, the only original member still with NRBQ. “This is what’s right for me, and that’s what makes the players in the band special, that they’re guys who think like me. When I was a kid and I’d play records, I would play Link Wray and then I’d play Monk.”

Now 67, Adams first heard Monk at 14 and began painstakingly transcribing his recordings. Through the years, as he figured out more of the intricacies and nuances embedded in Monk’s work, Adams would return to those transcriptions to edit. “The Q” has, on occasion, tossed a Monk tune into its set, but Talk Thelonious marks the first time Adams has devoted an entire project to him.

And he nails it. After all, like Monk Adams employs a quirkily physical approach to his instrument and an unorthodox relationship with melody and rhythm. For the one-night-only gig, recorded at the Flynn Space in Burlington, Vt., in April 2012, Adams assembled a group of adaptable, virtuosic players and went in without expectations. “It was hard to put all that music together in that short a time and get out there,” he says. “I had the edge because I’ve been thinking about this for a lifetime. But this was pretty new to them. I didn’t want to do so much straight jazz because we’re not really a jazz band, though we like to shoot at it.”

They more than shoot at it; they breathe new life into it. On the album’s opening number, “Reflections,” Adams utilizes a synthesized pipe organ, accompanied by current NRBQ drummer Conrad Choucroun and Pete Toigo, one of two bassists on the gig. (The other is Pete Donnelly, of the band the Figgs.) Saxophonist Klem Klimek, multi-instrumentalist Jim Hoke and present-day NRBQ guitarist Scott Ligon fill out the band for the show. On one Talk Thelonious track, “Monk’s Mood,” Hoke-who, along with Toigo, also played on 1995’s Terrible, an earlier Adams jazz release that featured Marshall Allen of Sun Ra’s Arkestra and trombonist Roswell Rudd-provides both chromatic harmonica and pedal-steel guitar. “Ask Me Now” features only Adams on piano and Ligon on Hammond organ. The album’s finale, “Ruby, My Dear,” is its sole studio track, featuring the core band augmented by violins, French horn, harp and percussion.

“The arrangements are definitely my own,” Adams says. “In ‘Hornin’ In,’ I was thinking what it would sound like if Chuck Berry did it. ‘In Walked Bud,’ I’ve done that arrangement over the years, which uses no syncopation. Some of it goes to places the band hadn’t heard me play. Everybody [in the band] was on the edge of their seat right up until the time we did it. I can hear the freshness of it and the edge.”

Although he took liberties with the arrangements, Adams was careful to maintain the essence of what made Monk the original that he was. “I know a lot of jazz musicians play Monk’s music [where] it seems as soon as the melody is over with, it can be anything,” he says. “I feel that an entire piece-improvisations, solos and all-should be coming from the same place. It should sound like Monk.”

More than a particular sound though, Adams says, “What I got from Monk is that it’s really about endurance and not compromising. That’s what anybody gets out of him, if you think about it-believing in yourself and being yourself. I’ve had that with me a long time, and I’ve got to credit him with part of that.”

And what would Thelonious Monk have taken away from Talk Thelonious? “Oh, I’m pretty sure he likes it,” Adams says.

When you’re on TV, everybody knows you, or at least thinks they know you. Take Kevin Eubanks, who was on NBC’s Tonight Show five nights … END_OF_DOCUMENT_TOKEN_TO_BE_REPLACED

Jimmy Katz leads many lives. He is the preeminent currently active jazz photographer, and has shot more than 200 magazine covers and over 600 recording … END_OF_DOCUMENT_TOKEN_TO_BE_REPLACED

Take a look at Blue Note Records’ release schedule for 2022 and it’s hard to miss the significant percentage of electronic-oriented music. In March, the … END_OF_DOCUMENT_TOKEN_TO_BE_REPLACED

Those who are only familiar with bassist Martin Wind’s jazz credentials—both as a leader and as a first-call sideman for Bill Mays, Dena DeRose, Ken … END_OF_DOCUMENT_TOKEN_TO_BE_REPLACED