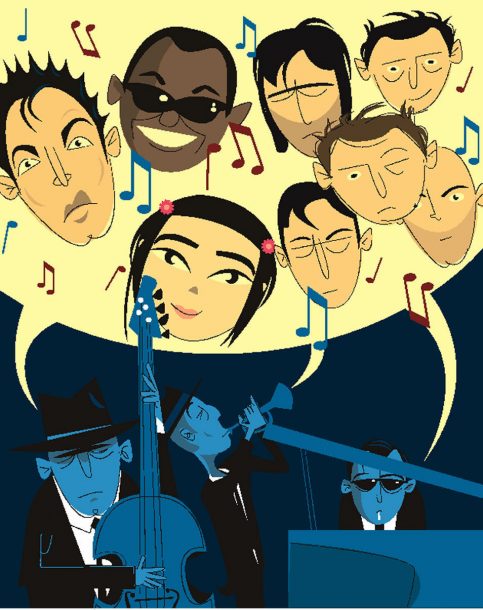 When Bob Belden replaced Joe Lovano in Woody Herman’s Thundering Herd in 1979, he embarked on a long-running tour of Midwest high schools and Southern … END_OF_DOCUMENT_TOKEN_TO_BE_REPLACED

When Bob Belden replaced Joe Lovano in Woody Herman’s Thundering Herd in 1979, he embarked on a long-running tour of Midwest high schools and Southern colleges. It didn’t take long for Belden to gauge the audience’s appetite. If Herman called for one of his old standards-say, “Four Brothers”-the students would go, “Huh?” But if Herman called for “Aja,” from his 1978 album of Steely Dan tunes, the kids would go nuts.

“A light bulb went off in my head,” Belden recalls. “Those Steely Dan tunes were fun to play, but more importantly they went over because the audience already knew them. That’s the beauty of playing stuff that’s familiar to the listener. You’re not introducing a new melody, so the melody can be a trigger for the audience and brings them along wherever you want to go. If you start playing, and people go, ‘Oh, that’s ‘Kid Charlemagne,’ you’re halfway there.

Georgia Anne Muldrow laughs easily when she speaks. The charm of her laughter does not come from anything silly, although she can be downright funny … END_OF_DOCUMENT_TOKEN_TO_BE_REPLACED

For her entire career, trumpeter, singer, and composer Sarah Wilson has been wrestling with apparently separate pursuits: trumpet vs. voice; living and working in New … END_OF_DOCUMENT_TOKEN_TO_BE_REPLACED

Is Merriam-Webster’s definition of jazz, “American music developed especially from ragtime and blues,” valid in South Africa or Brazil? Is the first sentence of the … END_OF_DOCUMENT_TOKEN_TO_BE_REPLACED

Argentine expat jazz singer/composer Roxana Amed knows something about being a stranger in a strange land. She also knows how to adapt, meet like-minded musicians, … END_OF_DOCUMENT_TOKEN_TO_BE_REPLACED