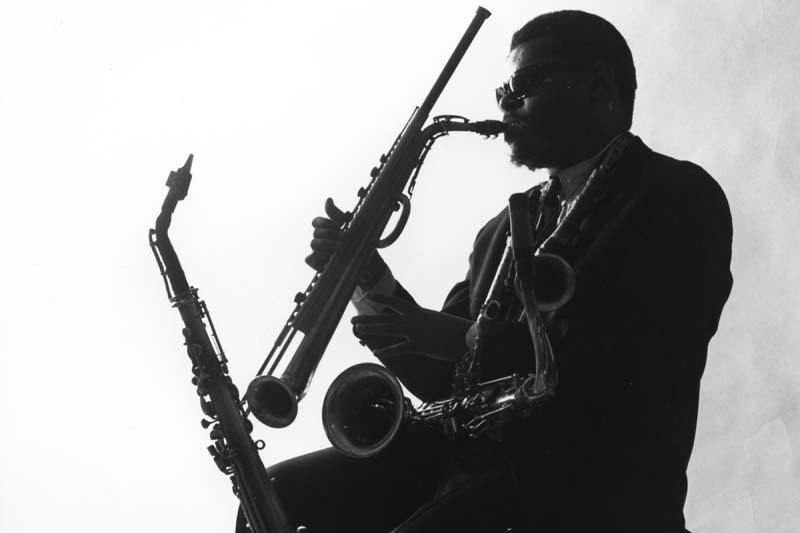 Jazz produced many multi-instrumentalists before Rahsaan Roland Kirk, and has produced many more since his death in 1977. But none embodied the idea of multi-instrumentalism as definitively as Kirk. His typical stage rig saw him festooned with a brace of whistles, rattles and flutes, and he played three saxophones simultaneously, harmonizing with himself on tenor and two lesser-known members of the woodwind family, a manzello and a stritch. Over the years, the polyglot nature of Kirk’s instrumentation has led some to dismiss him as a novelty act. The mission of The Case of the Three Sided Dream, Adam Kahan’s award-winning feature documentary, is to solidify Kirk’s position as an artist to rank alongside John Coltrane, Eric Dolphy and other barrier-shattering contemporaries.

So consumed is the film by this musical canonization project that it functions as biography in only the most cursory sense. Kahan does incorporate candid Super 8 home-movie footage of Kirk, originally shot by Kirk’s widow, Dorthaan, but these images merely add visual color without contextualizing his life or commenting on the music he created. Dorthaan and Kirk’s son Rory are likewise interviewed in the film, but they avoid discussing Kirk’s identity as husband or father. Instead, they, like the film’s other interview subjects, including trombonist Steve Turre and pianist Sonelius Smith, keep their conversation firmly fixed on Kirk’s musical conception, prowess and legacy.

The image of Kirk that emerges is of an artist who fiercely asserted both his creativity and his personhood while pushing against two characteristics society would use to diminish him in any way it could. In an early-’70s interview on WNET-TV’s Soul! program, Kirk speaks forthrightly about how both his blindness and his existence as a black man allow people to treat him as a lesser being when it suits their ends. It’s especially poignant when he comments on how people would often speak about him as if he wasn’t there, asking “what does he want?” and “what does he think?” simply because he couldn’t see them.

Throughout his career, Kirk proved himself more than capable of asserting his will through extramusical means, as when his Jazz and People’s Movement disrupted a taping of The Dick Cavett Show with a chorus of whistles to protest the dearth of jazz artists booked on broadcast media. (That gambit led to Kirk’s own subsequent appearance on The Ed Sullivan Show.) But Kahan’s film is most effective when allowing Kirk’s music, through marvelously utilized archival footage, to speak for itself.

Onstage, Kirk was an unquenchably energetic force, his mastery of circular breathing allowing him to sustain multiple-horn notes for minutes at a time. As a black American, his compositions were suffused with what cellist-composer Akua Dixon calls a “connection to community,” as in the cascading soul of “Blacknuss,” a tune brilliantly arranged to feature only the black keys of Smith’s piano. Kirk was also canny enough to thread a strain of whimsical humor through his performances, a sense of fun captured in Måns Swanberg and Blacklist’s colorful animated interpretations of Kirk’s stage raps.

Still, even though Kirk could be quick with a joke, The Case of the Three Sided Dream makes it clear that for this man, the music was never anything less than a transmission from a higher realm. Poet Betty Neals says sound “was his everything, his one and only reality. Sound was his life.” And if sound was truly Kirk’s life, as Kahan’s film argues, it was undeniably a life well lived.

This film is currently available through Vimeo on Demand and iTunes. A DVD release, as well as theatrical screenings in New York, Los Angeles, Toronto and across Europe, are scheduled for the fall.

When you’re on TV, everybody knows you, or at least thinks they know you. Take Kevin Eubanks, who was on NBC’s Tonight Show five nights … END_OF_DOCUMENT_TOKEN_TO_BE_REPLACED

Jimmy Katz leads many lives. He is the preeminent currently active jazz photographer, and has shot more than 200 magazine covers and over 600 recording … END_OF_DOCUMENT_TOKEN_TO_BE_REPLACED

Take a look at Blue Note Records’ release schedule for 2022 and it’s hard to miss the significant percentage of electronic-oriented music. In March, the … END_OF_DOCUMENT_TOKEN_TO_BE_REPLACED