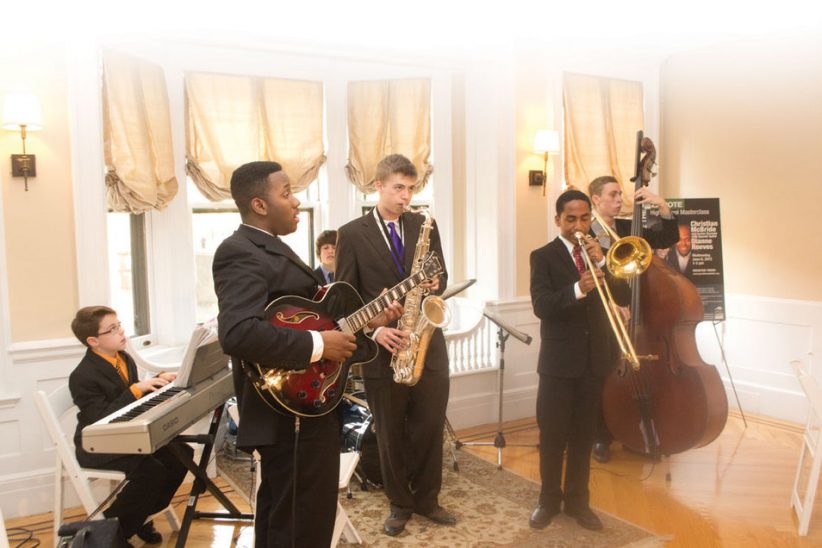 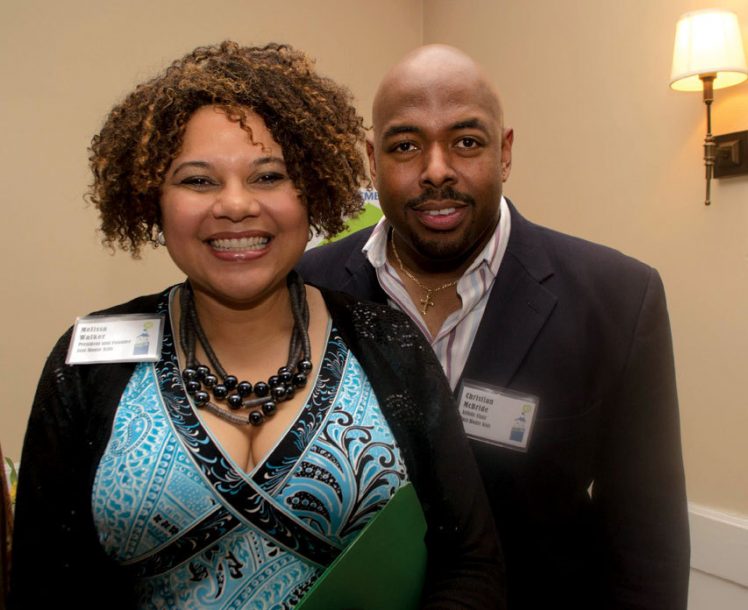 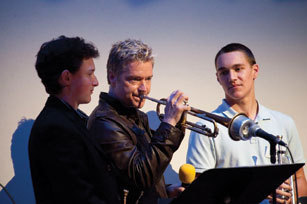 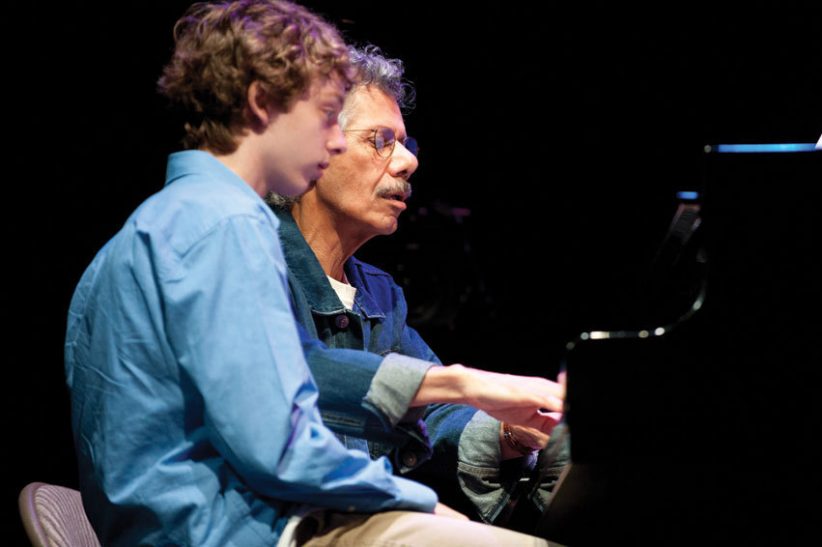 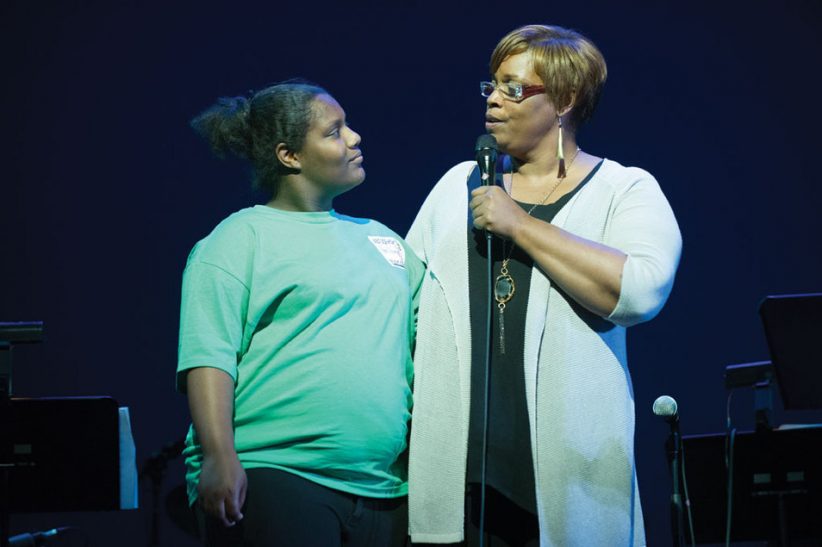 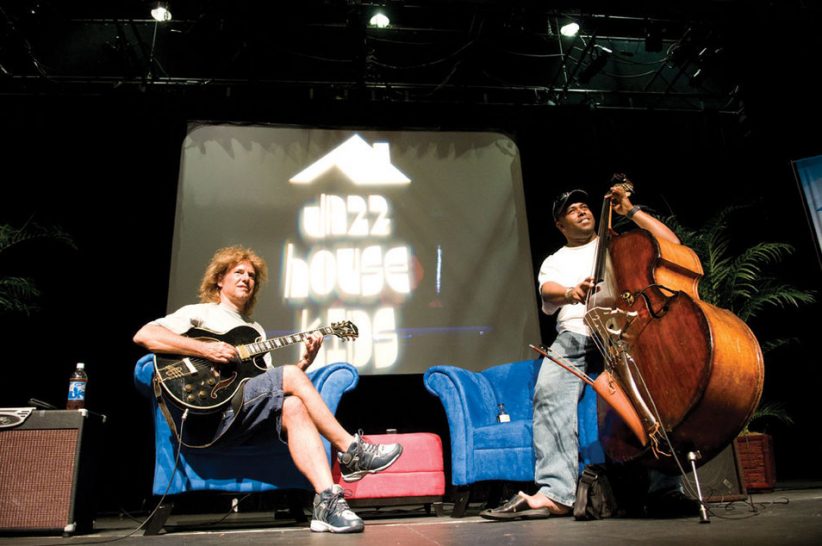 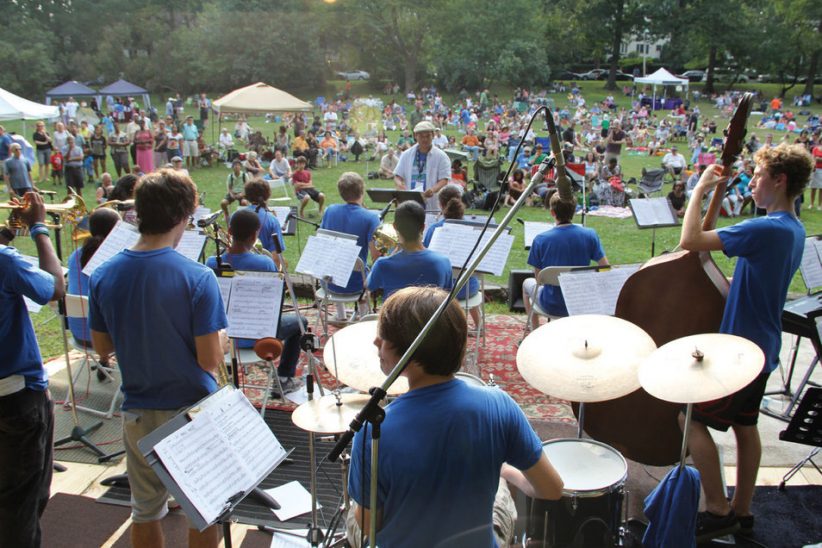 At a recent performance by the Christian McBride Big Band at Dizzy’s Club Coca-Cola in New York, each musician-as is customary in straight-ahead jazz-took a solo turn, then retreated back into the unit to the sound of applause. As the trombonist concluded his impeccably framed and executed contribution, instantly earning the admiration of the full house, only a handful of people might have known that Coleman Hughes was only 16, or that much of his mentoring had taken place through the efforts of Jazz House Kids, a Montclair, N.J.-based nonprofit organization founded a decade ago by vocalist Melissa Walker, who is also its executive director. Hughes is one of thousands of students in grades K-12 who have participated in JHK’s programs. Of course, not all will go on to play at Jazz at Lincoln Center’s nightclub alongside a world-renowned bassist-or at the Monterey Jazz Festival, where Hughes performed with the Next Generation Jazz Orchestra-but most come away from the experience enriched.

“I have never seen an organization like this,” says Coleman’s mother, Santa Hughes. “You can’t even call it an organization; it’s an institution.” Each child who signs on with Jazz House Kids comes to it with his or her own background and reasons for joining. Some have little or no knowledge of jazz at the start but something-or someone, in many cases a parent or teacher recognizing a need in the child that might be filled here-has drawn them to it.

For Coleman, who hopes to play professionally, the interest in music began at a young age. He tried his hand at piano and drums before settling on the trombone. (“I felt that the melody instruments were having all the fun, and I was attracted to trombone because the slide looked kind of cool,” he says.) Before long, Julius Tolentino, the jazz director at Coleman’s school, the Newark Academy in Livingston, N.J., detected that the boy had a gift that could blossom with nurturing. Tolentino, a gigging saxophonist and Jazz House Kids faculty member, knew the organization was precisely what Hughes needed to get to the next level.

“What’s wonderful about Jazz House Kids is that all of the instructors on staff are working musicians in the New Jersey-New York area, so you’re getting the cream of the crop of the entire jazz community,” says McBride, who has been married to Walker for seven years and is JHK’s artistic director. “You’re getting it straight from the belly of the jazz beast.”

Melissa Walker never set out to pilot one of the most successful and respected jazz education programs in the country, an organization that today not only provides teaching and mentoring but runs camps and workshops and performs community service events and concerts. Now, with JHK continually expanding its reach-in 2010 it launched the Montclair Jazz Festival, where both students and major artists, such as pianist Monty Alexander, perform-Walker now understands that this was her calling. “When I started to perform internationally, I saw how this music is global and how it frees so many people to express themselves,” she says. “I was getting more than I ever gave through this music. Then, when I moved from Washington, D.C., to Newark, I was struck by how many things were not in place in that city. I was working as an operations manager in the law department of the Prudential Insurance Company and doing my singing on the side, and there was no bookstore, no movie theater, no cultural institution in Newark.”

Walker was approached by jazz radio station WBGO about putting together a program to introduce kids to jazz and, she says, “I really didn’t want to do that. They were 2 to 12 years old, and I thought, ‘I’d rather sing anywhere.’ But I did the kids’ program, and I was subsequently invited to do similar programs in Newark schools. A few years later, I formed the organization. I saw it as a way to give back to students that didn’t have access to this music.”

Early on, Walker devised an elementary school-level workshop she called Let’s Build a Jazz House. It was a “virtual house,” she explains, and “it showed students that we’re going to build this house from the ground up, with percussion and all of these things. In the end the horn player and the singer are going to try to tell the story along with the other bandmates who live there. The kids put on a virtual tool belt and we fill it with all the tools they need. Some are musical-tempo and rhythm and intervals and melody-and other tools include listening to one another.”

As she worked more closely with children, Walker realized how little exposure some of them had had to music, jazz in particular, and vowed to do something to change that. “It struck me that there was a whole world that was missing to kids who were artistically inclined,” she says. “They love music, they love rhythm, they’re involved in it all the time. And here’s this great American art form that’s just not even getting into their space.”

From the desire to fill that space, Jazz House Kids was born. With the assistance of contacts in the business world, and with musicians eager to help out, Walker assembled a curriculum. During its first year, Jazz House Kids, partnering with local schools, primarily in Newark, offered 15 programs or classes. Today it’s 15 per week, with students from dozens of New Jersey communities involved. “You have to be willing to fail and take some risks,” she says. “Not all of the programs that we started would stay, but we really work with our schools to develop programs that meet their needs. We go in with open ears and an open heart and say, ‘What do you need and how can we help?’ We can take this [program] to teachers who feel valued, who feel we’ve given something to kids and parents. You’ve got to be willing to have that flow-this isn’t about information going in one direction.”

As it moves into its second decade, Jazz House Kids has become a community unto itself, “a world-class music initiative … in your own backyard,” as its new motto goes. The faculty currently comprises 45 professional jazz artists, who interact with approximately 350 kids per week. And today, JHK works not only with the schools but outside of them as well. One evening last spring found virtually every room in the Salvation Army building in Montclair commandeered by jazz ensembles large and small, each in various stages of rehearsal or learning. Recently offered classes have focused on big-band performance, improvisation for teens, vocal jazz and one called Super Sax Ensemble, which concentrates on section playing, technique and intonation within a saxophone choir.

JHK has also opened a music studio, established a jazz choir for special needs students and launched a summer workshop. Faculty at that workshop this past season included McBride, Tolentino, saxophonists Ed Palermo and Mike Lee (who is the camp director), guitarist Dave Stryker, drummer Billy Hart, pianist-composer Michele Rosewoman and several others. At the workshop, students new to an instrument took part in the “Louis Armstrong track,” geared toward technical fundamentals; would-be composers spent time with the “ASCAP composition track”; and an overnight session thrust kids into extended rehearsals for a gig at Dizzy’s that would ultimately feature 70 students. Says Walker, “I think what we do best is put together creative programming with creative professionals who respect where [the kids] are coming from and say, ‘If I just twist that a little bit we’re introducing jazz.'”

But, as the organization states in its brochure, “Learning music is about more than just learning music,” and Walker is adamant about JHK and jazz providing a springboard that can serve children in other ways as they mature. “The skill sets that kids need the most are all sitting in jazz,” she says, “and they are all 21st-century skills. If you ask top executives at Fortune 500 companies what skills they need the most, it’s the ability to be flexible and creative. What was the number one skill Steve Jobs wanted for Apple? Creativity. And that’s what you’re harnessing here. What’s the second skill that you want? Communication. That’s all being done here. These are all core strengths of jazz, but our society needs them more than ever. When we expose kids to great art, they are getting the skills of a lifetime. At one point it was just about music and creating dialogue and community. Now to me it’s about the survival of who we are as a people.”

Christian McBride fully agrees with Walker’s sentiments. In his travels, he often encounters young people with a thirst for knowledge and experience. With governmental bureaucracies shutting down funding for arts programs in schools all over the United States, “It’s going to get worse before it gets better, so we artists have to take a hands-on approach,” he says. “That’s why organizations like Jazz House Kids, the Jazzschool in Berkeley and the Settlement Music School in Philadelphia are popping up. There’s a need for places like this now.”

In his role as JHK’s artistic director, McBride leads an annual master class series called Inside the Jazz Note. “That’s my baby,” he says. “I’ll bring in a marquee artist to do a full day of workshops and clinics with students. This year we had Dianne Reeves. We’ve had Chick Corea, Pat Metheny, Esperanza Spalding and Chris Botti. It’s been a big hit every year.

“I really hope that people support this program and other programs like it,” he adds. “We can’t cry about the state of jazz and not be proactive about it. This is the way to be proactive.”

“We get the future that we create,” says Corea in a video of his master class that’s available on YouTube, “and Melissa and Christian and all of you that are participating in this program are encouraging it along; you’re creating a future.”

Of course, creating this future comes at a cost, and some of the students who would like to become a part of Jazz House Kids hail from lower-income families for which the purchase of a musical instrument isn’t a reality. Toward that end, Walker created a program called Give an Instrument, Build a Musician, which arranges for students who can’t afford instruments to have access to them. The organization also arranges for some students to attend JHK on scholarships. “We went to some schools and there were kids sitting on the sidelines, and that bothered me,” Walker says. “We had a donor who wanted to put some money into something and I said, ‘Let’s do this.’ Now we’re in our second year and we’re renting instruments for 60 kids. And we put scholarships in hands so [kids can] be here in the first place-over 30 percent of our students are on scholarships.”

Funding for Jazz House Kids comes from three primary sources, Walker explains: through grants, donors and “good old fee-for-service: Those who can pay do pay.” One of the earliest institutions to offer financial support, and today the largest foundation sponsor, is Prudential, the insurance behemoth that Walker left to devote herself to Jazz House Kids and her own music.

When Ellis Marsalis and his son Jason went into a New Orleans studio in mid-February 2020 to make a duo album for Newvelle Records, they … END_OF_DOCUMENT_TOKEN_TO_BE_REPLACED

After he lost his six-year-old daughter Ana in the 2012 Sandy Hook Elementary School shooting, saxophonist Jimmy Greene didn’t find himself turning to any music … END_OF_DOCUMENT_TOKEN_TO_BE_REPLACED

If nothing other than John Coltrane’s A Love Supreme had been recorded there, Englewood Cliffs, N.J.’s Van Gelder Studio would still indisputably qualify as a … END_OF_DOCUMENT_TOKEN_TO_BE_REPLACED