Skip to content
Become a member and get exclusive access to articles, live sessions and more!
Start Your Free Trial
Home > Features > Nat Reeves: By the Grace of Jackie Mac 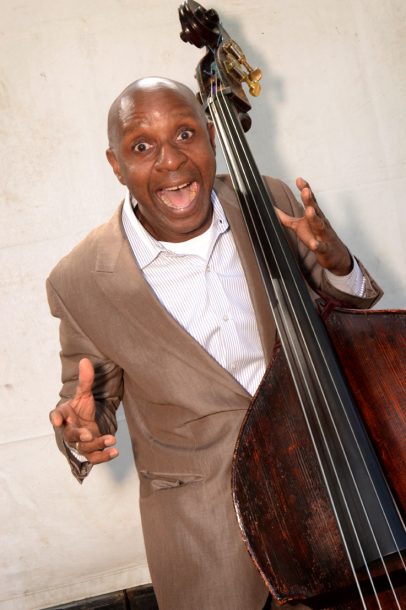 Nat Reeves of The Valley Cookers, photo by Kimberly Deprey

It’s tempting to say that Nat Reeves has a low profile because he’s been more dedicated to his duties as an educator than to his career as a performer. Tempting, but inaccurate. Although the bassist has spent 30 years at the University of Hartford’s Hartt School, he’s also a working musician, and doesn’t distinguish between his roles. “I put ’em together,” he explains. “I think being a teacher helped me be a better player. Playing, teaching, learning, traveling-it’s all the same to me.”

Case in point: Although he’s at home in Connecticut for our phone conversation, Reeves played a gig in Florida with Stanley Jordan the night before. “He sent me some music two days before the concert, and I was a real student, learning his music,” he says. “So when we got to the gig, I was ready. There were points where he’d change direction, and he’d look over at me and I was right on it!”

Reeves is no headliner; in fact, he only made his debut as a leader last September, with the quartet date State of Emergency! (482). But among musicians he is one of the most respected bassists of his generation. He’s appeared on nearly 50 recordings as a sideman, has worked with everyone from Sonny Stitt to Pharoah Sanders, and has scores of former students working in all corners of the business, including trombonist Steve Davis, his Hartt colleague and current collaborator. “I continue to learn valuable lessons from him to this day,” Davis says.

Among his longest-running relationships and most fervent admirers is alto saxophonist Kenny Garrett, who has used the bassist on most of his recordings, from his 1984 debut, Introducing, to last year’s Seeds From the Underground (Mack Avenue). “Nat has been the backbone of my band for years,” Garrett says. “He’s always been there; his sound is part of my sound.”

For Reeves, though, one name assumes precedence over all others in his life. “Jackie McLean was very, very important in my career,” he says of the legendary saxophonist who founded Hartt’s Department of African American Music (now the Jackie McLean Institute of Jazz) in 1980. “He became my mentor. It was like a one-on-one education: I learned a lot from him.

“What he always emphasized to me is that you are a man first,” Reeves adds. “How you carry yourself, your comportment, how you look-I wear a suit and tie every day I go to school. And I learned to always do more than you are asked to do: Always shine. Jackie was my New York.”

Guitarist Will Bernard bears the bittersweet blessing of virtuosic skill and eclectic taste, making his music a perpetual delight and yet hard to categorize. Maybe … END_OF_DOCUMENT_TOKEN_TO_BE_REPLACED

At 95, Chicago-based guitarist George Freeman is among the world’s oldest active jazz musicians. Although he came of musical age in the 1940s and counts … END_OF_DOCUMENT_TOKEN_TO_BE_REPLACED

When you’re on TV, everybody knows you, or at least thinks they know you. Take Kevin Eubanks, who was on NBC’s Tonight Show five nights … END_OF_DOCUMENT_TOKEN_TO_BE_REPLACED