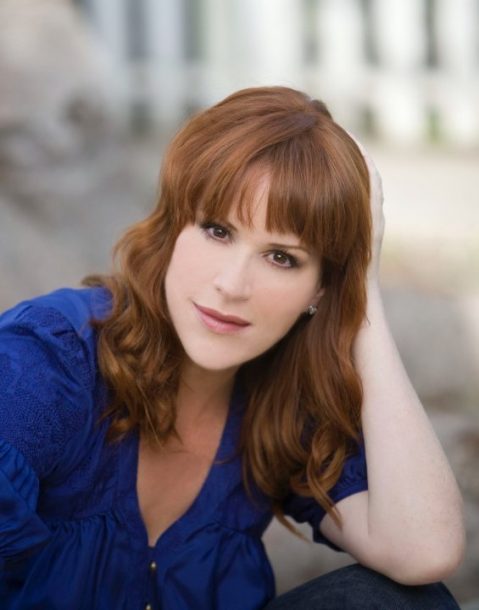 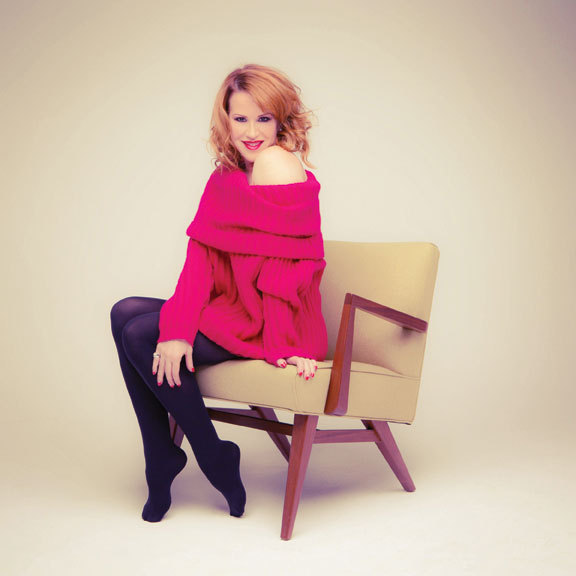 Those who know Molly Ringwald only as the teenaged star of Sixteen Candles, Pretty in Pink and other John Hughes-helmed films are likely unaware that the pert redhead’s post-adolescent career has included a significant amount of musical theatre, including a Broadway revival of Cabaret. The girl-now 45 and a mother of three-can sing. But long before she strutted her stuff to “Mein Herr,” the former Brat Packer, who recently debuted with Except … Sometimes, was indelibly connected to jazz.

Born and raised in Northern California, she is the daughter of jazz pianist Bob Ringwald, noted for his work with the Fulton Street and Great Pacific jazz bands and as a founder of the Sacramento Traditional Jazz Festival. “Our house was filled with jazz,” she recalls, “and I started singing with my dad at age 3. It was part of my upbringing. I’d come home from school and spend an hour and a half rehearsing with my dad. It was special time I got to spend with him, and we’ve had this really strong jazz connection ever since.”

Though Ringwald says she “never really stopped singing,” her rapid rise to screen stardom in the 1980s meant jettisoning potential plans for a music career. Then, a little under a decade ago, she “began thinking about getting a group together. I’d been spoiled working with my father, who knew my voice so well. He would transpose everything for me and always knew my key. I couldn’t imagine having the same synchronicity with anyone else. Then I met Peter Smith.”

It was 2005. Ringwald was headlining a James Lapine-directed production of the non-musical play Modern Orthodox in New York. Pianist, composer and arranger Smith, then pursuing both music and acting, was also in the cast. It wasn’t until the very end of the run that the pair discovered their mutual passion for jazz. “I was at the wrap party,” says Ringwald, “and he sat down at this big Steinway and started to play, and I immediately said, ‘Oh my God, you’re the guy I’ve been looking for.'” At that party, Smith got to hear her sing for the first time, and was taken by her “incredibly clear, pretty voice. She’s the real deal. She’s not the most experienced jazz singer in the world, but the music is deeply in her and her taste is exquisite.”

They booked a few club dates in and around L.A., though, as Smith notes, “It was difficult to casually gig around town and try and find our sea legs, because inevitably the club owner wanted to shout it from the mountaintop that Molly Ringwald was there.” In 2009, Ringwald added vocals to two tracks on Smith’s album Here It Comes. Then, co-financing the project, and with Smith writing all the arrangements, they recorded what would become Except … Sometimes over two days in 2010, with Ringwald subsequently rerecording a few of the vocals. (The album title is borrowed from the poem that inspired Hoagy Carmichael to write “I Get Along Without You Very Well,” one of the disc’s 10 tracks.) “We decided to produce it ourselves,” Ringwald explains, “because I didn’t want to go to a record label and have them tell me what to do. Peter and I were able to do exactly what we wanted.” Once the package was complete, Concord picked it up.

Working through nine standards, Ringwald has the smarts to fully exercise her acting chops, treating each tune as a miniature character study. Consistently exhibiting an impressive sense of time (another lesson well learned on stage and screen), she captures the sultry coquettishness of “Sooner or Later,” the bathetic wistfulness of “Ballad of the Sad Young Men” and the dreamy romanticism of “The Very Thought of You.” Only once does she stray from the Great American Songbook, closing with a softly balladic reading of “Don’t You (Forget About Me),” the Simple Minds chart-topper featured in 1985’s The Breakfast Club. “We recorded the album soon after John Hughes passed away,” she says. “He was very much in my mind, [and] I wanted to pay tribute to him and connect everything in a way. People don’t think of me as a jazz singer, they think of me as an actress in those movies, and this was a way to bring it all together.”

Adds Smith, “It is a wonderful kind of reclaiming for Molly. She’s proud of those movies, but she’s very much locked in with the public to that period. Those films, and that song, just follow her. It was a chance for her to reclaim the song on her terms as a jazz singer.”

When you’re on TV, everybody knows you, or at least thinks they know you. Take Kevin Eubanks, who was on NBC’s Tonight Show five nights … END_OF_DOCUMENT_TOKEN_TO_BE_REPLACED

Jimmy Katz leads many lives. He is the preeminent currently active jazz photographer, and has shot more than 200 magazine covers and over 600 recording … END_OF_DOCUMENT_TOKEN_TO_BE_REPLACED

Take a look at Blue Note Records’ release schedule for 2022 and it’s hard to miss the significant percentage of electronic-oriented music. In March, the … END_OF_DOCUMENT_TOKEN_TO_BE_REPLACED