Skip to content
Become a member and get exclusive access to articles, live sessions and more!
Start Your Free Trial
Home > Features > MMW Takes to the Hills 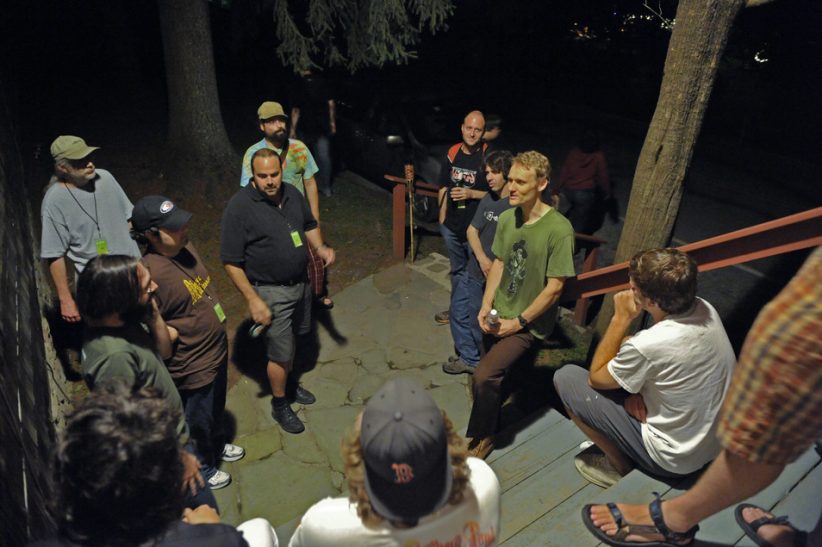 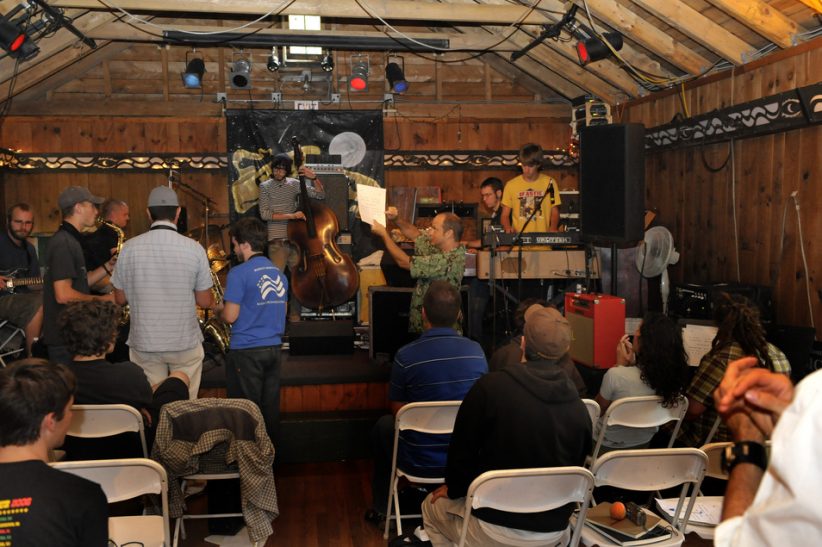 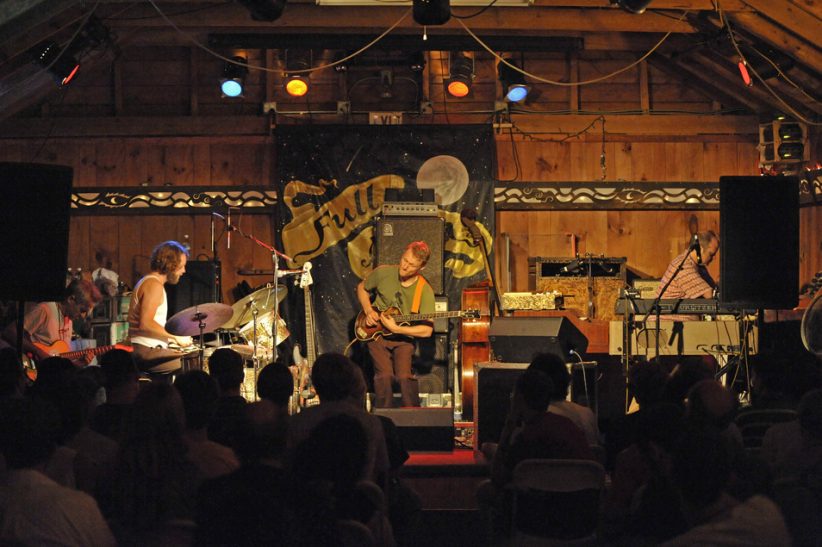 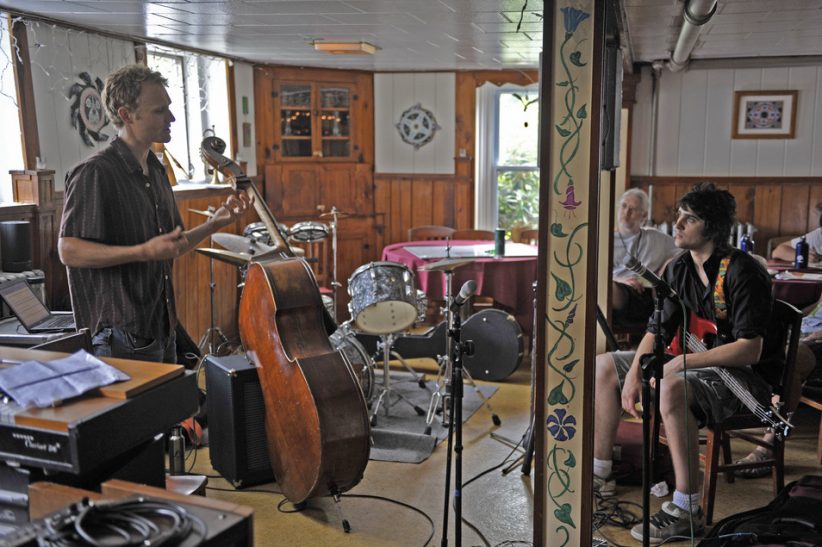 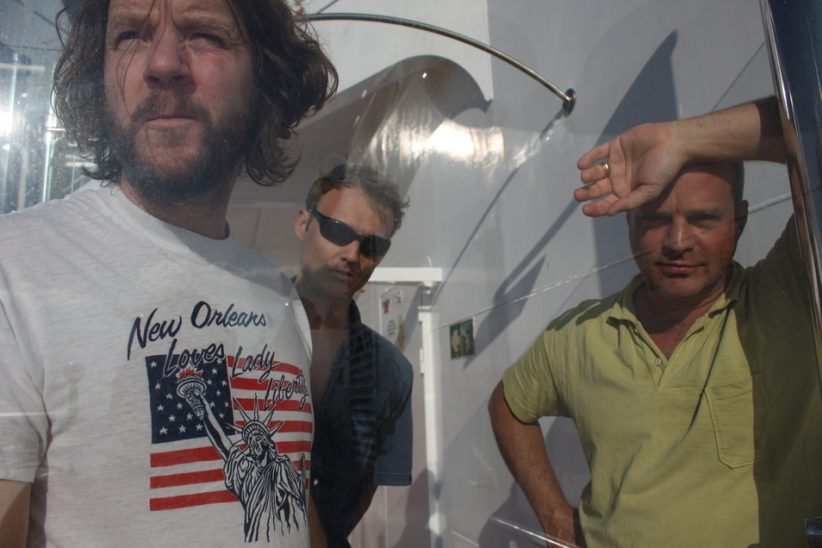 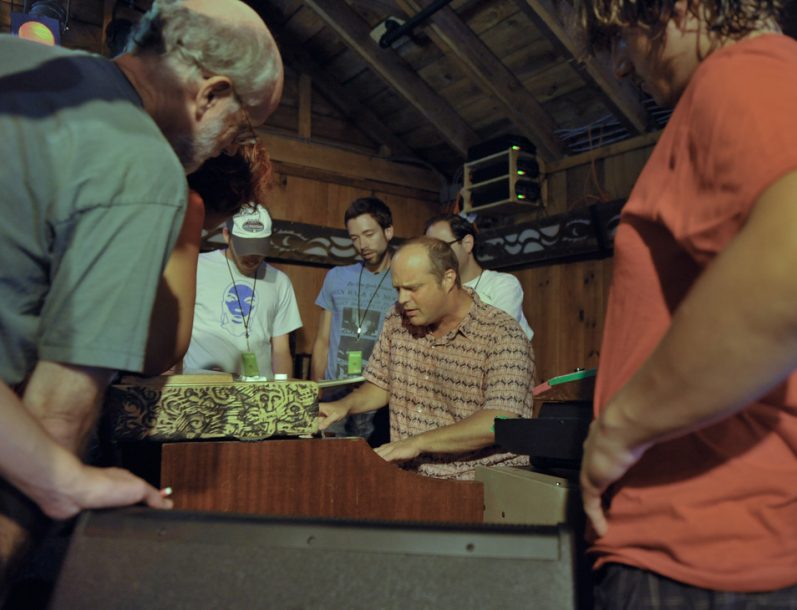 For the last three summers, the influential trio Medeski, Martin and Wood has hosted a music camp in the Catskill Mountains of upstate New York. Geared toward teaching improvisation and group interplay, the camp is held in late summer at the Full Moon Resort, located near Woodstock, with attendees coming from all over the country. This year Camp MMW will be held from Sunday, July 30 through Friday, August 5, 2011.

According to drummer (and camp counselor) Billy Martin, the initial idea came from Full Moon owner Henry Stout. The resort hosts several other music camps, including those led by Todd Rundgren and Dweezil Zappa. “[Henry] just threw it out there,” recalls Martin. “And it was something we had been thinking about-being in residence. Then we started throwing around ideas, like what kind of format and how long and are we going to have master classes? Each of us contributed ideas. It just developed that way.”

The camp is geared to musicians aged 16 or older. Martin says that although most of the attendees are college-aged males, there are plenty of exceptions. “There have also been some older people – scientists, psychologists, doctors and professors of music who have come. And then there are some teenagers-really talented ones-that come. Their parents drop them off.”

There is no particular restriction or limitation on instrumentation. Ironically, given MMW’s keyboards/bass/drums instrumentation, Martin says that guitar tends to be the most common instrument of choice among attendees. “It’s really great if there’s a horn player,” says Martin. “Last year, there was an accordion player, a violinist, a vocalist and it was nice to have them. I encourage all instruments because when we work with them, we’re working a lot on improvisation, rhythm, collective playing. We get into some basic stuff but it’s not like we’re working on the technical foundations of that particular instrument. It’s more about philosophy and getting people to play together and listen. We give them material, we give them parts to work on in the ensembles and in the workshops. And by the end of the week, everybody’s really opened up.”

The camp also relies on various special guests, who supplement the trio as instructors and clinicians. Among guests teaching at the camp in previous summers have been David Tronzo, Dave Fiuczynski, Steven Bernstein, Cyro Baptista and Marc Ribot. There are also the occasional surprise guests. “We play an after dinner concert and so if we have a visiting guest, they’ll sit in with us and do a set,” explains Martin. “Last year John Scofield showed up and did a gig with us.” Martin says that the guest artists for this summer’s session have not been finalized.

Although MMW is often labeled a jazz jam band (much to their consternation), the musical approach at their camp is far from hippy-dippy. “When [the students are] in class we’re working them hard,” says Martin. “It’s not like we’re sitting around jamming. There’s a structure and there’s a certain kind of concept of getting them to really step in front. Everyone has to solo. They have to have their solo moments where they have to improvise in the moment and create a piece of music right there without thinking about it in advance. It’s one of things we require: to play your music, on the spot.”

For Martin as well as the campers, the experience of immersing oneself in the music in a short time has real benefits. “It’s a great environment. By the end of this thing, we’ve really gotten to know each other. It’s a good feeling. But again, we put them to work. It’s nonstop. The schedule is really full. And the students have a choice to make as far as workshops they go to. Everyone attends the master classes. John, Chris and I each have a master class of about two hours, once a week. Then we have a guest that has a master class and then workshops almost every day. Each of us has a workshop so people can choose what they want to do. These [workshops] change every year. It’s not the same exact anything. We kind of evolve every year.”

Like most jazz camps, Camp MMW organizes the attendees into ensembles. In this case each ensemble is associated with one of the members. “We try to pick and choose and we sort of assign to balance it out-John’s ensemble; Billy’s ensemble; Chris’s ensemble. We work with them all week and by the end we do a concert on the last night. Everybody plays all week but that’s the finale, with the ensembles all performing their pieces.”

Martin says that the students respond to the rigorous schedule and that even during the official breaks in the schedule, they’re engaged with music somehow. “They have a little bit of opportunity during a certain time of the day and night when they can get together and there’s like a room-a jam session room-so they can fill up their time doing that. Some people just want to work on the concepts we gave them.”

For those that need to take a break from playing, but want to keep listening, there is a listening room, where the students can listen to the database of all the music that Medeski Martin and Wood have listened to over the years-a virtual joint iPod, if you will. “If you listened to everything, it would take a week,” says Martin, chuckling. “There’s a lot of stuff. They can also go through our catalogue and listen to it. There’s a pool table and they can hang out and listen to all that music.”

The listening room is no afterthought for Martin, who is passionate about the concept of listening. “People need to listen,” he says. “Everybody has a personality. It’s the same thing when you sit down and have a conversation. Some people just don’t shut up and they don’t listen so it’s not as interactive. We try to balance that out. In jazz, sometimes people are just exercising their technical abilities and they’re not really saying much. That’s where it goes wrong. There are too much soloing and too many choruses and it drags the whole experience down. There’s the occasional genius that’s going to do that [solo endlessly] well, but it’s rare.”

For his part, the one aspect Martin enjoys the most is working with his camp ensemble. “I love working with them, hands-on, on compositions and on developing some music. We hand pick the music and write much of it right there. Sometimes I’ll bring in some things I’m working on and it’s a lot of fun because I like working with larger groups, more orchestral type situations where, say, if there are four guitars, well, great. I’m going to give them all a unique role in the composition and then everybody gets to solo within that composition. For me, it’s really rewarding. It’s the most intimate connection I can make with the students and also realize some music that I’m working on and getting some feedback from them-with their playing. And also shaping it to fit those players because everyone’s got a certain approach and style whether it’s developed or not. You can kind of sense it with each player and you cultivate it with the ensemble. That’s the most rewarding thing.”

Ironically, when Martin was developing as a young musician, he didn’t have the opportunity for a comparable experience at a music camp. “No, I studied a lot privately and I played in ensembles. I went to the Drummers Collective in New York City in the late ’70s and early ’80s and they had a really great array of teachers and ensembles. I spent two or three days a week there for two years studying with up to five teachers and various ensembles. That was my camp in a way.”

For his own approach as a teacher or clinician, Martin says he draws upon those early formative experiences as a student and musician. “It mostly comes from working with great teachers and getting their philosophies,” says Martin. “And also working with great band leaders-people like Bob Moses, John Zorn and even John Lurie-all unique leaders that had a way of getting music happening, with prolific and very unique voices. I think that for me was the strongest influence.”

Space at Camp MMW is limited to 80 students, and applications are on a rolling admission basis starting March 6, 2011 and ending June 6, 2011. Discounts on Full Tuition ($2,000) are available the earlier you apply. Applications can be submitted online. The total program includes: organic meals, 4 full days of lessons and programs, plus evening events, performances, etc. Depending on lodging option, the total cost is:

• $1,100 for Outdoor Camping and access to public bathroom/shower facility, Tuition, Meals (campers must provide their own tent & sleeping bag, etc.)

Camp MMW will be offering a limited number of need-based financial aid in the form of scholarships. To obtain additional information, email [email protected]

For more information about the camp, you can visit the group’s website.

Here is a trailer for Camp MMW:

When you’re on TV, everybody knows you, or at least thinks they know you. Take Kevin Eubanks, who was on NBC’s Tonight Show five nights … END_OF_DOCUMENT_TOKEN_TO_BE_REPLACED

Jimmy Katz leads many lives. He is the preeminent currently active jazz photographer, and has shot more than 200 magazine covers and over 600 recording … END_OF_DOCUMENT_TOKEN_TO_BE_REPLACED

Take a look at Blue Note Records’ release schedule for 2022 and it’s hard to miss the significant percentage of electronic-oriented music. In March, the … END_OF_DOCUMENT_TOKEN_TO_BE_REPLACED