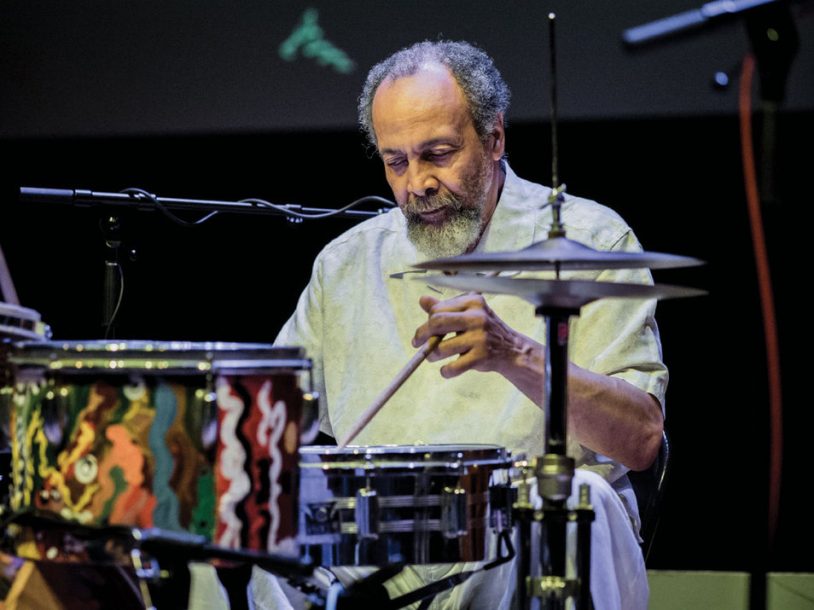 After a time, Graves called upon pianist David Virelles, bassist John Benitez (standing in for Dezron Douglas) and alto saxophonist Román Filiu to complete the lineup. That Díaz and Filiu were key players on Virelles’ 2012 breakthrough, Continuum(Pi), added a layer of interest and a charge of the new. The first piece merged traditional montuno-type figures with hip, asymmetrical rhythms and wound to a tentative close. “That’s what I used to do before I became an avant-garde drummer!” shouted a smiling Graves, now seated behind his unique hand-painted kit.

Finally, the Milford Graves NY HeART Ensemble followed a plan much like the first quintet, with players emerging gradually. The lineup fused the classic NY Art Quartet (original personnel Graves, trombonist Roswell Rudd and poet Amiri Baraka) and the chordless power trio sound of Graves, bassist William Parker and saxophonist Charles Gayle. Baraka began quietly with just Graves behind him, but his second reading later in the set got drowned out by the fuller band (Gayle had switched from tenor sax to piano). Rudd’s taut plunger-muted phrases and legato smears refreshed the sonic palette and helped end the night on a high. 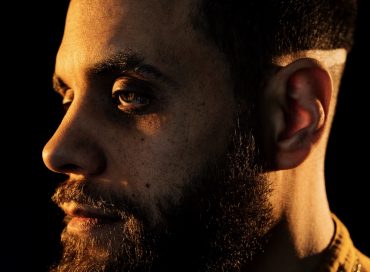 Kassa Overall, the drummer/rapper/producer whose work pushes the limits of any working definition of jazz, knows what you think of him. “Sometimes people assume, ‘Oh, … END_OF_DOCUMENT_TOKEN_TO_BE_REPLACED

When appraising the work of Milford Graves, you need to reimagine what constitutes jazz and improvisation. Yes, he’s a master percussionist who helped take the … END_OF_DOCUMENT_TOKEN_TO_BE_REPLACED

Those unaware of the bigger picture may look at The Jerry Granelli Trio Plays Vince Guaraldi & Mose Allison, released on the RareNoise imprint this … END_OF_DOCUMENT_TOKEN_TO_BE_REPLACED