Skip to content
Become a member and get exclusive access to articles, live sessions and more!
Start Your Free Trial
Home > Features > Miles Davis and the Making of Bitches Brew: Sorcerer’s Brew 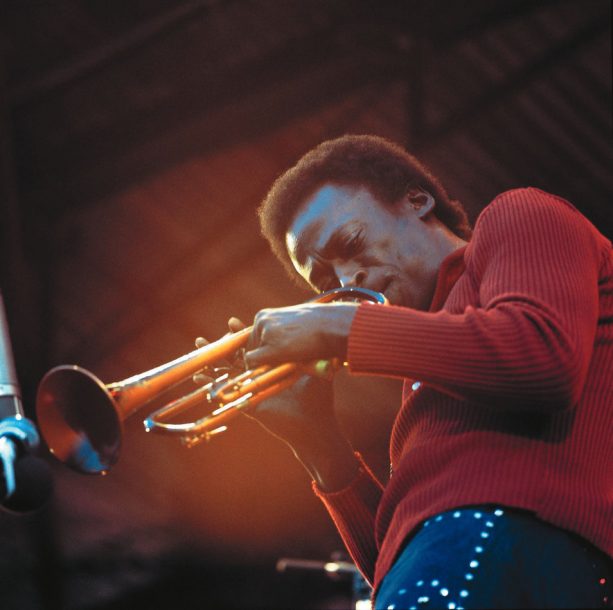 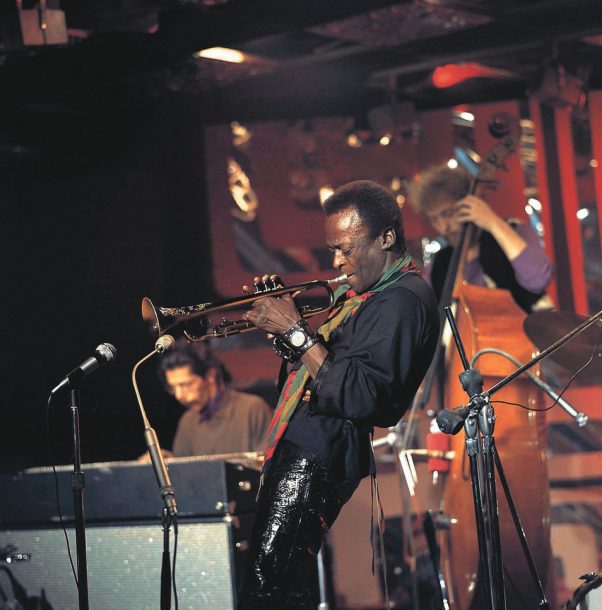 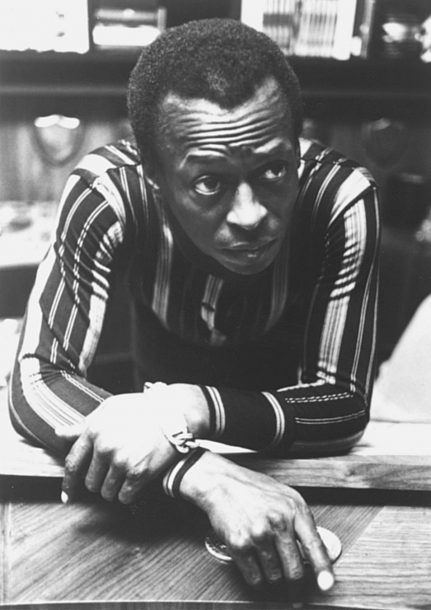 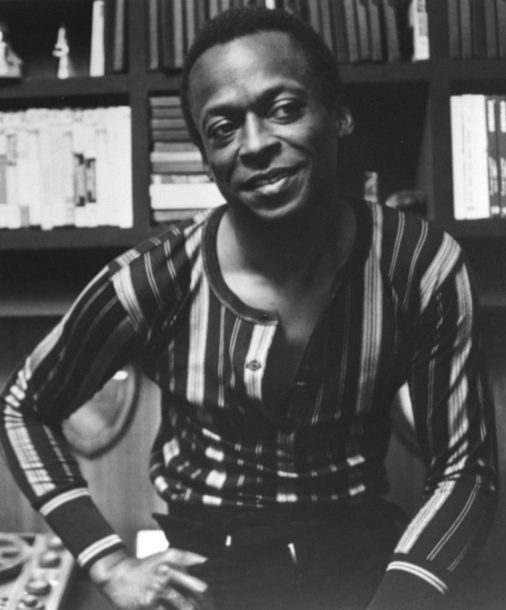 Author and Miles Davis scholar Paul Tingen takes an in-depth look at the making of Bitches Brew, one of the most influential jazz albums of the 20th century.

August of 1969 marked Miles Davis’ boldest venture yet into undiscovered country. This time there was no more holding back, no more tentative experimentation, no more “walking on eggshells.” The album that emerged, Bitches Brew, was groundbreaking, beginning with its stark title and Abdul Mati Klarwein’s memorable cover painting. Made on Miles’ personal invitation, Klarwein’s expressionistic work captured the zeitgeist of free love and flower power, depicting a naked black couple looking expectantly at an ocean, a huge vibrant, red flower beside them. The background of the title is unknown, but a clue is provided by the absence of an apostrophe at the end of the word “bitches,” making “brew” a verb, not a noun. Carlos Santana speculated that the album was a “tribute” to “the cosmic ladies” who surrounded Miles at the time and introduce him to some of the music, clothes, and attitudes of the ’60s counterculture. [Footnote 1] Gary Tomlinson, on the other hand, assumed that “bitches” referred to the musicians themselves. [2] Just like “motherfucker,” the term “bitch” can be used as an accolade in African-American vernacular. Whatever the title meant, it sounded provocative. Teo Macero remarked, “The word ‘bitches,’ you know, probably that was the first time a title like that was ever used. The title fit the music, the cover fit the music.” [3]

The music on Bitches Brew is indeed provocative, and extraordinary. For Miles it meant a point of no return for the musical direction he had initiated with the recording of “Circle in the Round” in December of 1967. Until August of 1969 he had remained close enough to the jazz aesthetic and to jazz audiences to allow for a comfortable return into the jazz fold. But Bitches Brew‘s ferocity and power carried a momentum that was much harder to turn around. The hypnotic grooves, rooted in rock and African music, heralded a dramatic new musical universe that not only gained Miles a new audience, but also divided it into two groups—each side looking at this new music from totally different, and seemingly unbridgeable, perspectives. In the words of Quincy Troupe, these two groups were like “oil and water.” [4]

Bitches Brew signaled a watershed in jazz, and had a significant impact on rock. In combination with Miles’ fame and prestige, the album gave the budding jazz-rock genre visibility and credibility, and was instrumental in promoting it to the dominant direction in jazz. The recording’s enormous influence on the jazz music scene was bolstered by the fact that almost all the musicians involved progressed to high-profile careers in their own right. In the early 1970s, Joe Zawinul and Wayne Shorter (with percussionist Airto Moreira) were involved in Weather Report, Herbie Hancock and Bennie Maupin set up Mwandishi, John McLaughlin (with Billy Cobham) created Mahavishnu Orchestra and Chick Corea founded Return to Forever with Lenny White.

Bitches Brew was not a sudden dramatic move in a completely new direction for Miles, though. In line with his long-standing, step-by-step working methods, the recording was maybe a large, but nevertheless logical step forward on a course he had set almost two years earlier. In terms of personnel, musical conception, and sonic textures, the album was a direct descendant of its predecessor, In a Silent Way. Teo Macero remarked that with the latter album, the music “was just starting to jell. [In a Silent Way] was the one before [Bitches Brew]. Then all of a sudden all the elements came together.” [5]

Bitches Brew and In a Silent Way are both dominated by circular grooves, John McLaughlin’s angular guitar playing and the sound of the Fender Rhodes electric piano. However, Miles related in his autobiography how he wanted to expand the canvas on Bitches Brew in terms of the length of the pieces and the number of musicians. While In a Silent Way featured eight musicians and was recorded in one single session, Bitches Brew included 13 musicians and was the result of three days of recording. On the third day the rhythm section consisted of as many as 11 players: three keyboardists, electric guitar, two basses, four drummers/percussionists and a bass clarinet. Miles had pulled out the stops in his search for a heavier bottom end.

Uncharacteristically, Miles’ live quintet also influenced Bitches Brew. Miles’ live and studio directions were strongly diverging around this time, with the studio experiments pioneering new material-incorporated elements of rock, soul and folk that only gradually filtered through to the live stage. But in July of 1969 Miles’ live quintet began performing “Spanish Key,” “Miles Runs the Voodoo Down” and “Sanctuary,” all of which would appear on Bitches Brew. (“Sanctuary” had, of course, already been recorded by the second great quintet on February 15, 1968.)

Having broken in this new material, Miles felt confident enough to book three successive days of studio time. He began by calling in the same crew that had recorded In a Silent Way: Wayne Shorter, Chick Corea, Joe Zawinul, John McLaughlin and Dave Holland; only Tony Williams and Herbie Hancock were missing. Miles gave preference to live-band drummer Jack DeJohnette because of his “deep groove,” [6] invited Lifetime organist Larry Young instead of Hancock, and also added session bassist and Columbia producer Harvey Brooks. Together with Zawinul and McLaughlin, Young and Brooks had played on a session Miles organized for his wife, Betty Mabry, a few weeks earlier to record her first and ultimately unsuccessful solo album, They Say I’m Different. Miles also summoned 19-year-old drummer Lenny White who, like Tony Williams, is reported to have been brought to his attention by saxophonist Jackie McLean. Drummer/percussionist Don Alias had been introduced to Miles by Tony Williams, and brought along percussionist Jim Riley, also known as “Jumma Santos.” Tenor saxophonist and bass clarinettist Bennie Maupin was recommended by Jack DeJohnette. A finishing touch, and a stroke of genius, was Miles’ instruction to Maupin to play only the bass clarinet, adding a very distinctive and enigmatic sound to the brew.

According to Miles, the approach he had developed of presenting musicians with musical sketches they had never seen before was also integral to the making of Bitches Brew: “I brought in these musical sketches that nobody had seen, just like I did on Kind of Blue and In a Silent Way.” [7] However, this contradicts the fact that three of the pieces had already been broken in during live concerts, as well as with his assertion that there had been rehearsals for the making of Bitches Brew, a fact that is confirmed by Joe Zawinul. “There was a lot of preparations for the sessions,” the keyboardist recalled. “I went to Miles’ house several times. I had 10 tunes for him. He chose a few and then made sketches of them.” [8]

“The night before the first studio session we rehearsed the first half of the track ‘Bitches Brew,'” drummer Lenny White recalled. “I think we just rehearsed that one track. Jack DeJohnette, Dave Holland, Chick Corea and Wayne Shorter were all there. I had a snare drum, and Jack had a snare drum and a cymbal. I was a 19-year-old kid, and I was afraid of Miles. My head was in the clouds! I was in awe. But he was really cool with me; he encouraged me and I ended up spending time with him at his home in later months. He was a real positive influence.”

Since Miles was looking for more complex, larger-scale pieces, he probably felt that he needed some rehearsals to establish at least some structure and organization to keep more than a dozen musicians focused during three days of sessions. With none of the musicians aware of the whole picture, they would still react to the sessions with beginners’ minds.

In its near-century of excellence, The New Yorker has been home to more than its share of tops-in-their-field contributors. There’s E.B. White, with his luminous … END_OF_DOCUMENT_TOKEN_TO_BE_REPLACED

Put a “the” in front of a name and it acquires historical heft. The Thelonious Monk who entered New York City’s WOR Studios as Halloween … END_OF_DOCUMENT_TOKEN_TO_BE_REPLACED

On the enchanted evening of August 16, 1958, Ella Fitzgerald took to the stage of the legendary Hollywood Bowl. There, with a lustrous orchestra conducted … END_OF_DOCUMENT_TOKEN_TO_BE_REPLACED

Be careful what you wish for.  By the beginning of 2020 guitarist Mary Halvorson, one of the most acclaimed musicians of her generation, was also … END_OF_DOCUMENT_TOKEN_TO_BE_REPLACED