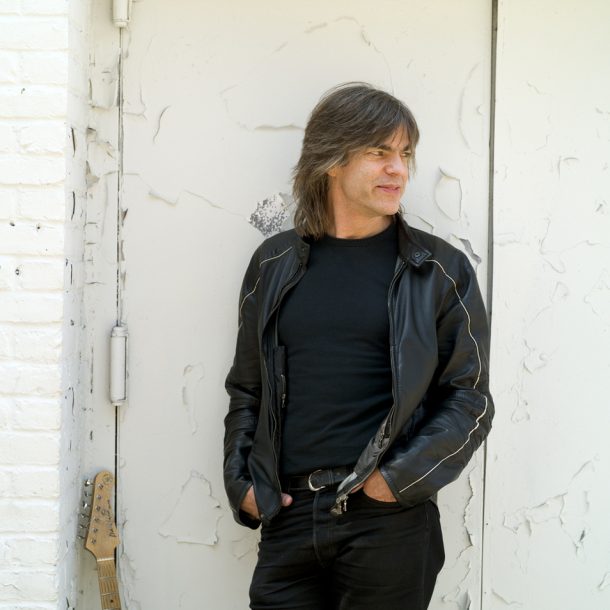 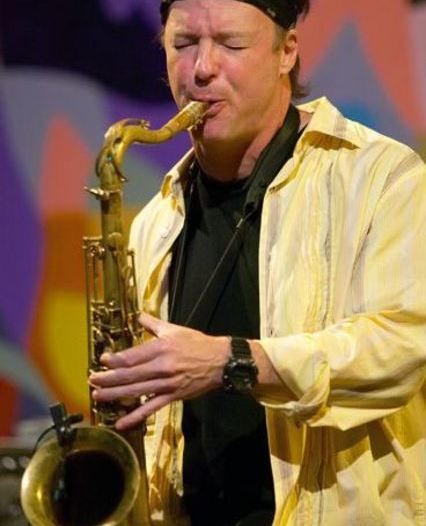 Neither rain, nor sleet, nor another frickin’ snowstorm during the winter of 2015 would stay this intrepid music-lover from making my way to the place billed as “The Jazz Corner Of The World,’ Birdland in midtown Manhattan. My plan was to spend some time with two of the finest people and players, as well as some of the greatest musicians of their generation, Mike Stern and Bill Evans, and their musical compatriots, drummer Steve Smith and bassist Tom Kennedy. Mike and Bill have great stories and make wonderful music. There would be plenty of both on this frozen night in New York.

Mike Stern and Bill Evans were already mature, established players when they met at various gigs in Boston and other nearby locations and then, in 1981, worked together as members of the Miles Davis band that marked his return to the public world of jazz. They’d talked even then about doing a project together and they finally got around to putting a band together some years ago and, luckily for us, they’ve taken time among the many, varied projects they are both constantly involved in to bring this great project to the people. Steve Smith, the leader of the great modern fusion group Vital Information and the drummer of the rock band Journey, as well as with other jazz projects such as Steps Ahead added his brilliant varied percussion and vocal expertise to the mix. To complete the rhythm section, and I use that term only because of the traditional designation of the drummer and bassist as such, was Tom Kennedy. Tom also played with Steps Ahead as well as with the likes of Joe Sample and David Sanborn and brought his distinctive six-sting bass to the party with great results in a supportive as well as lead role.

The set began with a defining piece, “Out Of The Blue” from Mike’s brilliant album All Over The Place. I say “defining” because the ten-minute treatment of this song displayed every element of what this set would be about. From the beginning they went about the business of making what new jazz (I call it MOJA) is all about at this point in the music’s history. I believe an artist must address the current state of the world around them if they are to be completely successful. The presentation of this first song did exactly that.

There is a rhythm of the world at present that was reflected in the first segment of “Out Of The Blue” with the fiery, double-time, astounding speed with which Mike Stern goes about his business on guitar. While he was playing I flashed on Charlie Parker and imagined him blowing those same notes and blowing the minds of his listeners, just as Mike was at this moment, just in a different century. The song progressed with Bill Evans chiming in on tenor sax and the rhythm changed to a soulful, bluesy shuffle before returning to that modern rhythm again all the way to the end. Bill brought the soul to the song (he IS after all the leader of SOULGrass and a member of the SOUL Bop band with Randy Brecker) and there were more fast-paced moments in his performance that conjured the Charlie Parker image all over again. Mike and Bill hooked up with some amazing simultaneous lines that would portend what the remainder of the set would deliver.

I could have left satisfied at this point but there was a more than satisfying hour of music still to come. The set included Steve Smith on drums and out-of-this-world wordless vocals and the sometimes subtle, sometimes out front, always tasteful and essential 6-string bass work of the great Tom Kennedy. These are four virtuoso players who seemed like old friends just having a party. Wait, they ARE old friends and they were most certainly having a party. It all seemed so effortless and relaxed as the between song banter exhibited. The set list was a rotation of Stern then Evans compositions that left lots of room for the individual statements of each man. A splendid time was had by all.

After the set the fun began for me all over again as I had a chance to talk to the gentlemen and cover some ground I’d not had a chance to in previous interviews. I asked Mike and Bill to talk between themselves in response to a few things I’d always wanted to know including how and when they first met and how they felt about being such a big part of helping Miles Davis make his grand return to the public jazz scene after his 7-year layoff that ended in 1981 with albums like The Man With The Horn, We Want Miles and Star People, all of which Mike and Bill contributed to. They confirmed what I had imagined, that they knew that this was an important contribution they were making beyond helping Miles specifically. They were aware that they were helping jazz in general reclaim a prodigal son who was important to have active for as long as he could. In this case it would be another decade.

Conversation turned to how they had decided to take time away from their many projects to make time for this band specifically, how much they enjoyed the work and being with one another and the rest of their band mates and how inspiring the music was to perform. They acknowledged how much respect they have for one another as composers, musicians and men. We spent some time talking, as I often do these days, about the strange state of things in the world of the arts that appear to benefit someone but not always the artists. Rather than dwell on this the guys, to their undying credit, prefer to simply stay creative, remain positive and keep playing. Reflecting on that statement I will close by saying that on this night at Birdland, Mike Stern, Bill Evans, Steve Smith and Tom Kennedy gave us a set that was creative, positive, performed at the highest level and a perfect example of what jazz in the 21st century sounds like played by old friends who just happen to be some of the best in the world at what they do! They’ll be taking this spirit and musical message to other parts of the world in the near future and you’ll be lucky should you have the chance to hang with the Mike Stern & Bill Evans Band!

Jimmy Katz leads many lives. He is the preeminent currently active jazz photographer, and has shot more than 200 magazine covers and over 600 recording … END_OF_DOCUMENT_TOKEN_TO_BE_REPLACED

Take a look at Blue Note Records’ release schedule for 2022 and it’s hard to miss the significant percentage of electronic-oriented music. In March, the … END_OF_DOCUMENT_TOKEN_TO_BE_REPLACED

Those who are only familiar with bassist Martin Wind’s jazz credentials—both as a leader and as a first-call sideman for Bill Mays, Dena DeRose, Ken … END_OF_DOCUMENT_TOKEN_TO_BE_REPLACED

Have saxophone, will travel. With apologies to Paladin, that sums up the career of reed player Greg Abate. Since the early 1990s, he’s been a … END_OF_DOCUMENT_TOKEN_TO_BE_REPLACED