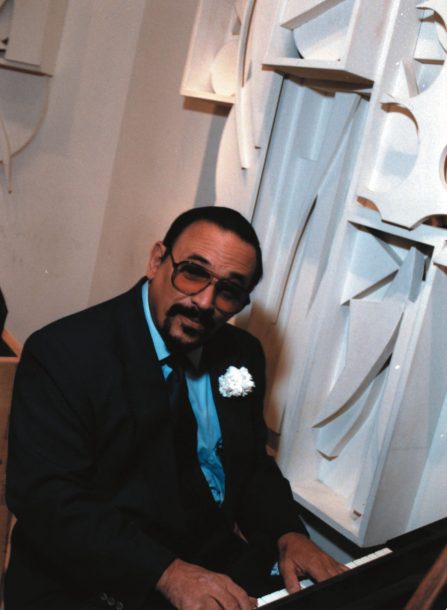 Mike Longo has a story that crystallizes his approach to playing music. It takes place at a college gig during his tenure as Dizzy Gillespie’s pianist, a chair he held for nine years during the ’60s and ’70s.

“We were playing a tune that Lalo Schifrin had written for us called ‘Incantation,'” he recalls. “It was a funk tune, and some kid yelled out, ‘Play some bebop!’ Dizzy got mad and he stopped the music, and he said, ‘Young man, everything we’re playing is bebop. Bebop is a concept!’

That’s not how most people think of bebop, but Longo knows from whence he speaks. In addition to his association with Gillespie-to whom he pays tribute on his new trio CD, A Celebration of Diz and Miles (CAP)-he played with Cannonball Adderley as a teenager, was later a student of Oscar Peterson, and worked in duos with bassists Sam Jones and Ron Carter. He’s never become a household name, but among his fellow musicians he is, as trumpet great Jimmy Owens puts it, “a very fine player, a very excellent arranger, a very excellent composer and a very excellent educator.”

Owens, whose collaborations with the pianist extend back a half-century, also recalls the goodwill Longo generates. “When we were in Europe in 1968,” he says, “he had wonderful, funny stories about Dizzy, when he was out on the road with him. It’s things like that that hold musicians together.”

Longo now determinedly spreads the jazz gospel to younger musicians. “Mike’s a great inspiration,” says Christian Fabian, a longtime student of Longo who plays bass in his big band and funk-fusion ensemble-two of Longo’s three working bands. (Longo also leads a trio with bassist Paul West and drummer Ray Mosca, the group that plays on A Celebration.) “There are several people in my musical life who really inspire me, and Mike is leading the way.”

Guitarist Will Bernard bears the bittersweet blessing of virtuosic skill and eclectic taste, making his music a perpetual delight and yet hard to categorize. Maybe … END_OF_DOCUMENT_TOKEN_TO_BE_REPLACED

At 95, Chicago-based guitarist George Freeman is among the world’s oldest active jazz musicians. Although he came of musical age in the 1940s and counts … END_OF_DOCUMENT_TOKEN_TO_BE_REPLACED

When you’re on TV, everybody knows you, or at least thinks they know you. Take Kevin Eubanks, who was on NBC’s Tonight Show five nights … END_OF_DOCUMENT_TOKEN_TO_BE_REPLACED