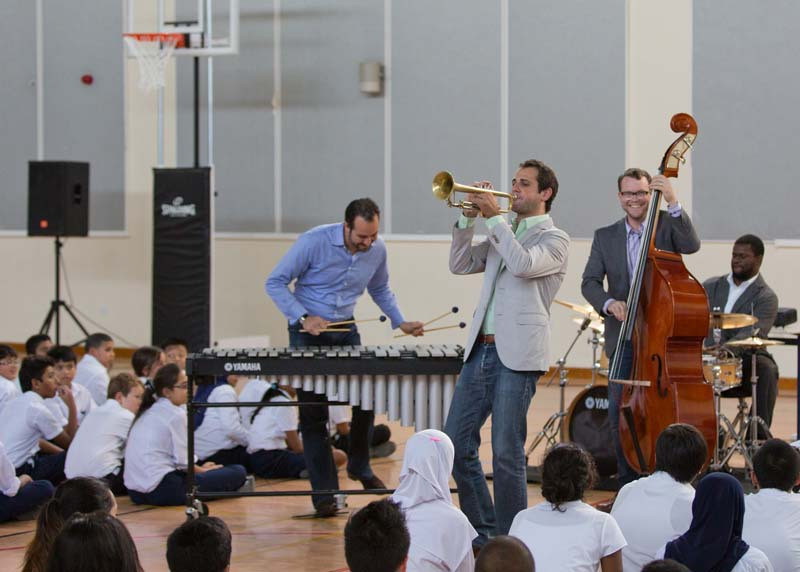 In 2013, Farinacci and his quartet perform at the international Dukhan English School in Qatar 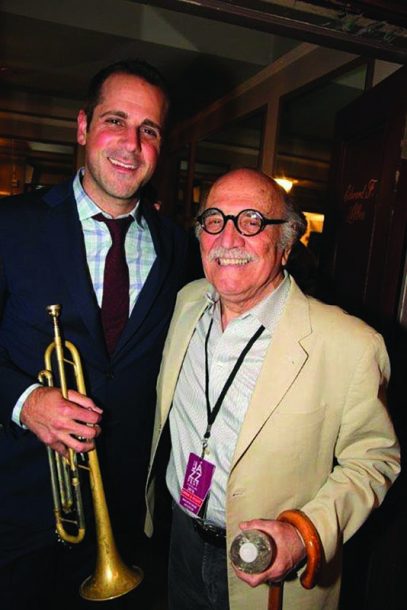 Hit-making producer Tommy LiPuma, now 80, has been a supporter of Farinacci since the trumpeter was a teenager

Taking the stage at the Philadelphia jazz club South on a steamy Wednesday evening in August, Dominick Farinacci offered the small crowd a tongue-in-cheek disclaimer: Brace yourselves, he warned, for a confusing blend of material over the course of his set. It might seem strange that the trumpeter and his quintet will follow a Horace Silver classic with a Tom Waits song, or a tango with a Middle Eastern-tinged original. But that eclecticism was the point. “I like to bridge different genres and generations,” he said.

As it turns out, that’s more than an explanation for Farinacci’s wide-ranging tastes; it’s a mission statement, one that he’s carried into the educational arena, from his hometown of Cleveland to the cities of the Arab world. Most of the music he performed that night in Philly came from Farinacci’s latest release, Short Stories (Mack Avenue), recorded at the Tommy LiPuma Center for Creative Arts with the involvement of more than 800 college, high school and middle school students. The album was in part inspired by Farinacci’s stint as the first-ever Global Ambassador to Jazz at Lincoln Center, during which he spent nearly two years in Doha, Qatar. Onstage, in a dry deadpan, he referred to that city as “the jazz capital of the world.”

Isolated from friends and family, with nary a gig in sight, many musicians could have spent most of 2020 in dark solitude, sequestered in their … END_OF_DOCUMENT_TOKEN_TO_BE_REPLACED

On April 19, 1952, the Gene Krupa Jazz Trio—Krupa at the traps, Charlie Ventura on tenor and bass saxophones, and Teddy Napoleon on piano—became the … END_OF_DOCUMENT_TOKEN_TO_BE_REPLACED

For drummer Willie Jones III, Fallen Heroes is more than just the name of his most recent album. The title also relates deeply to his … END_OF_DOCUMENT_TOKEN_TO_BE_REPLACED

Beloved for his many cool collaborations with Tim Berne, John Zorn, and Marc Ribot, drummer/improviser/composer Ches Smith is best served hot, under his own name—on … END_OF_DOCUMENT_TOKEN_TO_BE_REPLACED