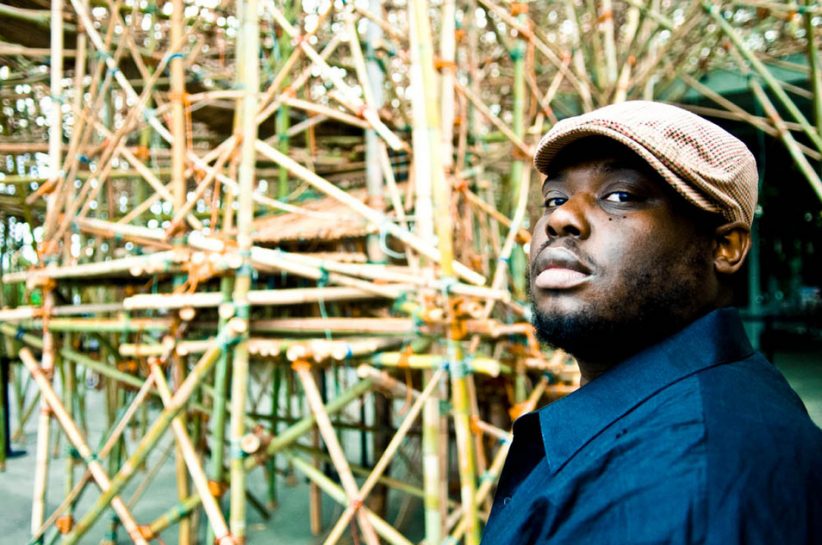 A resolving chord rings along the walls of the Village Vanguard. One by one, the players leave the bandstand, vanishing into the crest of a standing ovation, but Johnathan Blake lingers on the floor. Before packing up his cymbals, he pauses. Closing his eyes, he lets the final phrases of the last set echo in his ears, and wonders whether the audience hears them, too. “My goal is to have people walk away singing what I play,” he says.

Sharply focused on melodic expression, drummer/composer Blake plays with an awareness of interactive lyricism. Collaborative comping and spatially sensitive solo construction have become the hallmark of his artistry. He credits his versatility-and penchant for creating melodies out of texture-to his apprenticeship upbringing in Philadelphia. “My father, John Blake Jr., was a violinist and my first teacher,” he says. “He taught me the concept of listening to the melody-being aware of the melody.”

“I’m just getting used to being misunderstood,” Keshav Batish says. “That’s brought me a lot of solace.” Most of us regard those ideas—misunderstanding and solace—as … END_OF_DOCUMENT_TOKEN_TO_BE_REPLACED

Isolated from friends and family, with nary a gig in sight, many musicians could have spent most of 2020 in dark solitude, sequestered in their … END_OF_DOCUMENT_TOKEN_TO_BE_REPLACED

On April 19, 1952, the Gene Krupa Jazz Trio—Krupa at the traps, Charlie Ventura on tenor and bass saxophones, and Teddy Napoleon on piano—became the … END_OF_DOCUMENT_TOKEN_TO_BE_REPLACED

For drummer Willie Jones III, Fallen Heroes is more than just the name of his most recent album. The title also relates deeply to his … END_OF_DOCUMENT_TOKEN_TO_BE_REPLACED