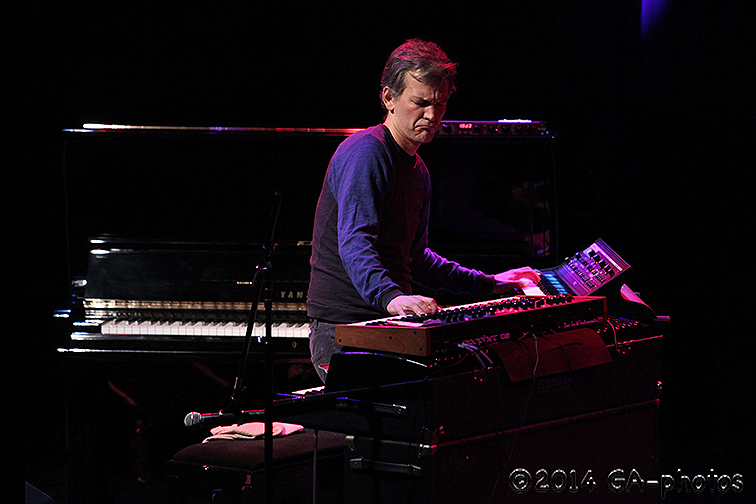 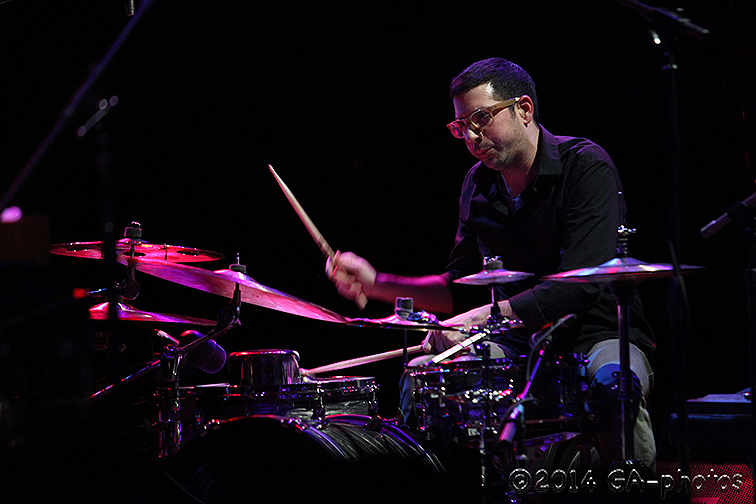 Some of the best riffs on Taming the Dragon (Nonesuch), the first album from Mehliana, the electronica-influenced duo of keyboardist Brad Mehldau and drummer Mark Guiliana, are not composed of notes. One, soothingly intoned by Mehldau, appears in “The Dreamer”: “He will forget the music he heard in his dream. Music that made him fly; music that made him escape from his body; music that made him escape from time itself. But he will remember, when he awakens, that there was this music, that there must be music like this somewhere, even if it is only in dreams.” Another, also spoken by Mehldau, comes from the title track: “So you don’t try to kill the dragon. You know, the dragon’s where you get all that voodoo shit from. That’s where you get your power from. You don’t wanna snuff him out; you wanna tame him. You want to actually make friends with him and harness his power so you can use it.” But the music-driving, futuristic grooves brought to life by electric keyboards and intense drumming-is not overshadowed by these passages. Instead, text and sound are accomplices here; they work in tandem to domesticate the beast.

In an official sense, Mehldau and Guiliana have been accomplices since 2011. But their journey dates back to 2008, when the two first jammed together. After checking out a Guiliana-led group that was influenced by electronic music-a precursor to Guiliana’s Beat Music band-Mehldau stopped by the drummer’s New Jersey rehearsal space for a session. A Moog, Korg and Fender Rhodes were waiting for Mehldau and, though Mehldau is best known as an acoustic pianist, Guiliana’s gig was fresh on their minds. “So I had this [keyboard] setup ready, and just kind of gave him a quick little tour of what everything did, and, you know, 15 minutes later, it was like he had been playing this setup his whole life,” remembers Guiliana. “It was incredible.”

Gear-wise, Mehliana today closely resembles its first assemblage. Onstage at New York’s Highline Ballroom in January, Mehldau was working with a Fender Rhodes, a Prophet ’08, a Yamaha upright piano and, for basslines, a Moog Little Phatty. In addition to a drum kit, Guiliana had a Roland sampling pad fed into a Korg Kaoss Pad; Mehldau didn’t do any reciting on this night, but, as on the album, the percussionist triggered an Amelia Earhart vocal sample during “Elegy for Amelia E.” But the sounds at the Highline-echoey Rhodes, synthy washes, evil bass, clobbering drums-were also right in line with what the duo created during its initial adventure in Jersey. “That very first time we got together in 2008 didn’t sound that much different than the way the sound is today,” explains Guiliana. “Because, really, to me, the project is all about the two of us playing together, and the way we play together. So of course the sounds have changed and have been nuanced, and the repertoire has changed or been developed, but really, the aesthetic and the initial vibe was established immediately, and was really unspoken. It was just what happened when we sat down together.”

Even before they took a seat, Mehldau had a hunch that he and Guiliana would click. “Mark’s rhythmic feeling excited me right away,” writes Mehldau in an e-mail. “There was complexity and deepness, new kinds of rhythmic combinations I hadn’t heard before, a virtuosity, and also a rootedness that I thought could work with me playing a bass role, which is different of course on a keyboard than with an acoustic bass. Of course, you never know until you try something, but Mark and I both went out on a limb and I’m happy to say that it really works for me. I feel creatively challenged and stimulated every time I play with him, and the rhythm feels good in my body, where it counts.”

Mehldau has experimented with ideas from electronic music before, on his albums Largo and Highway Rider, but he dives right in with Mehliana. While Guiliana cites electronic influences like Squarepusher and Aphex Twin, Mehldau is coming from a more classic-rock place: bands like Pink Floyd and Rush. The performers are only 10 years apart in age-Guiliana is 33, Mehldau is 43-but that’s enough space to give the pair a wide range of giant-shoulders to stand on.

When asked if he and Mehldau have ever discussed getting a bass player or saxophonist, Guiliana explains they haven’t, since “a lot of the excitement about doing it is we’re pushing each other and learning a lot about the possibilities.”

“I still think we’re scratching the surface,” he adds. “Even though it’s just the two of us, there are so many roads to take.”

Guitarist Will Bernard bears the bittersweet blessing of virtuosic skill and eclectic taste, making his music a perpetual delight and yet hard to categorize. Maybe … END_OF_DOCUMENT_TOKEN_TO_BE_REPLACED

At 95, Chicago-based guitarist George Freeman is among the world’s oldest active jazz musicians. Although he came of musical age in the 1940s and counts … END_OF_DOCUMENT_TOKEN_TO_BE_REPLACED

When you’re on TV, everybody knows you, or at least thinks they know you. Take Kevin Eubanks, who was on NBC’s Tonight Show five nights … END_OF_DOCUMENT_TOKEN_TO_BE_REPLACED