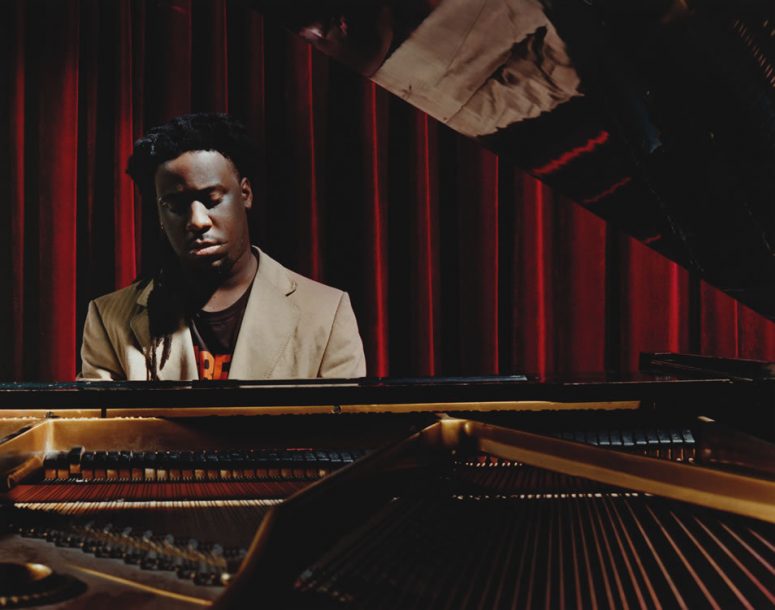 It’s Saturday afternoon in Brooklyn, and pianist Robert Glasper is recording what will eventually be the third track of Canvas, his second CD and his Blue Note debut. Outside, the sun blazes in a cloudless sky, hotter than usual for mid-May; inside Systems Two Studios, the climate, like the vibe, is decidedly cool. In the booth, engineer Joe Marciano adjusts some levels while producer Eli Wolf leans back in a chair. Both are gazing intermittently through the control-room window at Glasper’s trio, which shifts into the final chorus of “Portrait of an Angel” with the easy grace of a late-spring breeze.

Glasper and his trio-mates, bassist Vicente Archer and drummer Damion Reid, are making good time today; they’ve already wrapped a couple of songs, each in a single take. But “Portrait” ran six minutes, a touch on the long side. So Glasper and Reid start into it again-but with a preposterous go-go beat that has the men behind the glass exchanging looks. (“They’re kidding,” Wolf assures Marciano.) The band cracks up, but only after riding out the stunt for a minute. Then Glasper tosses his dreadlocks with mock flamboyance, rolls his shoulders like a boxer and starts a solo-piano introduction. At the first downbeat, he’s all business, bolt upright at the keys.

Wadada Leo Smith does not play jazz. In fact, if you ask him, he’ll tell you that he doesn’t know how. It’s an apparent paradox … END_OF_DOCUMENT_TOKEN_TO_BE_REPLACED

Georgia Anne Muldrow laughs easily when she speaks. The charm of her laughter does not come from anything silly, although she can be downright funny … END_OF_DOCUMENT_TOKEN_TO_BE_REPLACED

For her entire career, trumpeter, singer, and composer Sarah Wilson has been wrestling with apparently separate pursuits: trumpet vs. voice; living and working in New … END_OF_DOCUMENT_TOKEN_TO_BE_REPLACED

Is Merriam-Webster’s definition of jazz, “American music developed especially from ragtime and blues,” valid in South Africa or Brazil? Is the first sentence of the … END_OF_DOCUMENT_TOKEN_TO_BE_REPLACED