Skip to content
Become a member and get exclusive access to articles, live sessions and more!
Start Your Free Trial
Home > Features > Meet Anthony Pirog, a Postmodern Guitar Hero in the Making 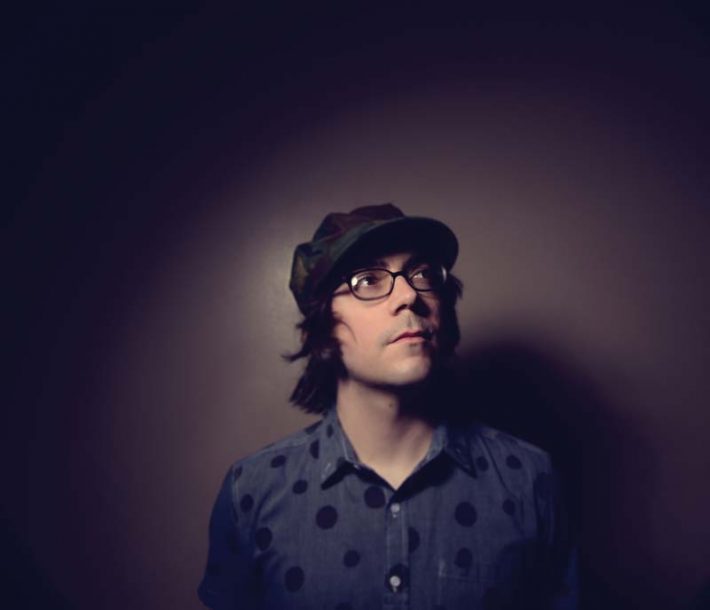 Anthony Pirog is taking on Europe, one small venue at a time. In his role as half of Janel and Anthony-with cellist Janel Leppin, his partner in life and in music-the Washington, D.C.-based guitarist has spent the first half of May touring France and is now finishing with two nights in Reykjavík, Iceland. “It’s more of a DIY kind of tour,” Pirog, 34, says via Skype. “It’s a lot of [arts] spaces and bookstores; it’s not festivals. But it’s fantastic. The shows have been really good and the turnout’s been good.”

That’s a pretty impressive result for what Pirog and Leppin have called “original experimental music for guitar and cello”: a strong but digestible brew of folk, post-rock, jazz, classical and country, topped off with a heavy dose of electronic effects and studio processing. But even that bunch of styles is just a fraction of Pirog’s vast knowledge base-a healthy cross-section of which appears on his forthcoming Cuneiform label CD, Palo Colorado Dream. Pirog’s first love was and is roots music, including blues and rockabilly; his first lesson on guitar, at age 11, was the lick to Roy Orbison’s “Oh, Pretty Woman.” He also plays surf guitar in an outfit called the El Rays, and frequently travels in noise/ambient/free-improvisation circles. In 2011, as part of the D.C.-based Sonic Circuits Festival, he led a 22-piece ensemble in an outdoor performance of Terry Riley’s landmark minimalist composition “In C.” Still, Pirog is best known as a jazz artist in his hometown, tackling styles from postbop to fusion to the avant-garde.

Pirog grew up in the D.C. suburbs of Northern Virginia. He says he never intended to focus on any one musical genre, but he played in his high school jazz band and majored in jazz studies at Berklee (where he received a scholarship) and NYU. “I liked the music, obviously. I knew that that would be a great way to build my theoretical, technical knowledge,” he says. Though he loved the range of music he could see and hear in New York, D.C. still felt like home to Pirog, and six months after graduating from NYU he returned there to explore the capital’s Telecaster roots-guitar scene (a tradition defined by guitarists Roy Buchanan and Danny Gatton). As he met musicians around town, he began working jazz gigs and got reacquainted with Leppin (with whom he’d gone to high school) and her folk and classical interests.

The ensemble Pirog uses on Palo Colorado Dream is a standard guitar trio formation, featuring bassist Michael Formanek and drummer Ches Smith-two players who inhabit the outer edges of the jazz world. It covers a sprawling musical terrain-avant-jazz, atmospheric soundscapes, earthy Americana, math-rock, even a piece that was directly inspired by his Riley performance, with an arsenal of effects hardware and studio production techniques-but with a definite emphasis on improvisation. “You could loosely call it ‘jazz,'” Pirog allows. “I don’t know that I could string seven genres together to make a [new] genre for the record.”

That wide cast is largely what attracted Formanek, who had never before worked with Pirog, to the project. “[Anthony] incorporates a lot of areas in music that I’m really interested in,” he says. “His ability to use the sonic elements is extremely sophisticated. He plays some things that are jazz informed, but also part of it that’s more free-improv, not necessarily in the jazz realm but in noise and other parts that I enjoy. So the music is a mix of … all this information. The guitar trio format has been done many times by a lot of different people, and to me Anthony seems to have sort of internalized and processed much of that.”

But, Formanek adds, Pirog is not a self-indulgent player: “He’s very interactive; he plays with you. He’s not someone who, when it comes to actually interacting with the people he plays with, they’re still in the room playing with all their machines and not in the moment of what’s happening. He’s got [the technology] so under control, and he’s so able to use it that he stays completely connected to what other people are playing.”

North American jazz fans are just starting to learn the name Daniela Soledade, but in Brazil, where she was born and raised through her early … END_OF_DOCUMENT_TOKEN_TO_BE_REPLACED

I can personally testify that Antonio Sánchez, who adopted the sobriquet “Bad Hombre” several years ago for a solo drums-and-electronics album, is a truly nice … END_OF_DOCUMENT_TOKEN_TO_BE_REPLACED

On November 22, 2021, some of the late Paul Motian’s close friends converged on the Village Recording studio in Copenhagen. Guitarist Jakob Bro and tenor … END_OF_DOCUMENT_TOKEN_TO_BE_REPLACED

Before we enter the current world of drummer, producer, and curator Denardo Coleman, a funny story from the past.  In 1996, the year after the … END_OF_DOCUMENT_TOKEN_TO_BE_REPLACED