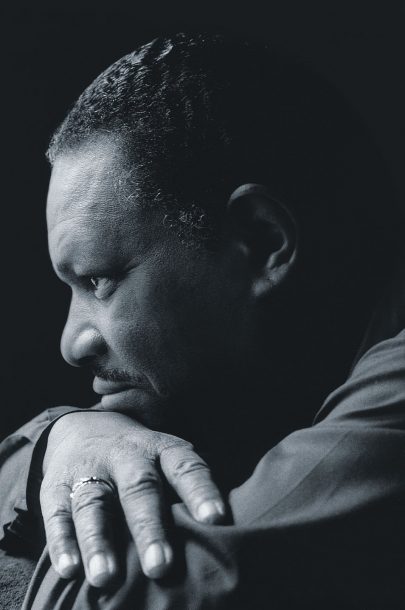 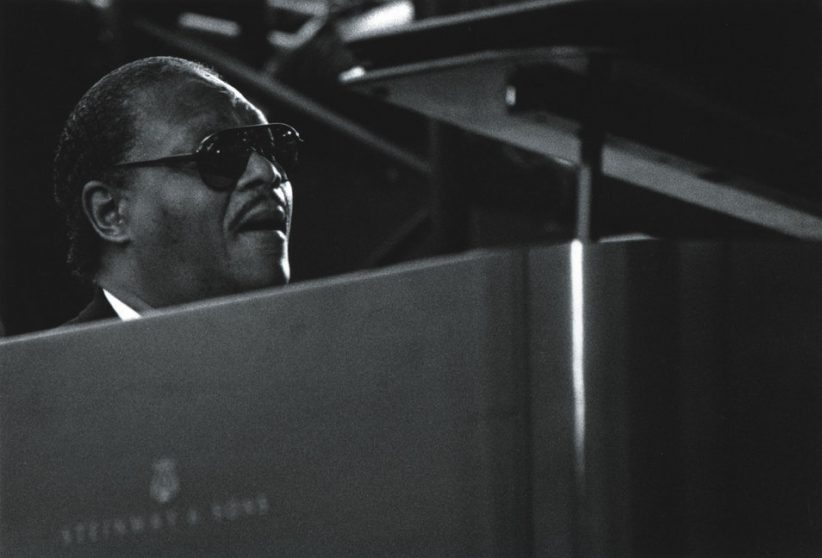 “Sometimes, you know, we have a tendency to put a person in a little bit of a niche and expect him to stay there,” says jazz legend McCoy Tyner. “But as an artist, you might want to change or do something different. I do all the time. Just call me a guy who bounces around,” he laughs. Although the great pianist will forever be associated with the heightened modal energy kicked up during the ’60s with the fabled John Coltrane quartet, he has explored a myriad of musical avenues over the past 30 years and continues to do so with impunity. His pianist signatures may remain intact—the forceful left hand, the cascading right hand with intervals of fourths, the bluesy tendencies—but the playing field is ever-changing.

Consider his last few recordings. In 1996, Tyner unleashed with pent-up fury on Infinity (Impulse!), a Grammy Award-winning project with his longtime trio of bassist Avery Sharpe and drummer Aaron Scott augmented by tenor sax titan Michael Brecker. In 1997, he did an about-face by immersing himself in the romantic music of Burt Bacharach on What the World Needs Now (Impulse!), a lush orchestral outing with ambitious arrangements by bassist John Clayton. The following year Tyner took another left turn, delving into a salsafied bag with the smoking McCoy Tyner and the Latin All-Stars (Telarc). And now he joins forces with a world-class rhythm tandem for a stripped-down, highly interactive trio session on McCoy Tyner with Stanley Clarke and Al Foster (Telarc).

From the power of the energized opener “Trane-like” to the graceful “Once Upon a Time” to the gorgeous ballad “Never Let Me Go,” their chemistry is apparent. On the funky groover “I Want to Tell You ‘Bout That” (recorded in electric bass and acoustic bass versions), Tyner revives the kind of earthy, Horace Silver-influenced playing that he regularly showcased in his pre-Coltrane days with Benny Golson and Lee Morgan. On “Goin’ Way Blues” he summons up the breathtaking right hand double time flourishes that characterized much of his playing in the Coltrane quartet while an uptempo swinging rendition of “The Night Has a Thousand Eyes” is a showcase for pure unadulterated burn. The lone solo piano track, “Memories,” offers some moments of introspection by the great pianist. Foster acquits himself with typical fire and finesse throughout, commenting on the action while simultaneously underscoring it, while Clarke has some virtuosic turns on both electric and acoustic bass, particularly on “Carriba” and “In the Tradition Of.”

Tyner, it turns out, has some personal history with both players. Back in 1978, Tyner and Foster worked together in a touring package called the Milestone All-Stars, which also featured labelmates Sonny Rollins and Ron Carter. They teamed up again on 1980’s 4×4 (Milestone) and have worked together recently on only rare occasions. “When my regular drummer Aaron Scott wasn’t able to make a few jobs, Al came in and played like he was with me the whole time,” McCoy explains. “We just had an instant chemistry on the bandstand. And I think that’s just because he came up in the same period of time that I did. We were exposed to the same bands, the same music. And, of course, he heard the John Coltrane Quartet a lot so he’s familiar with the repertoire there and what I was doing in that band. In general, I try to maintain a certain amount of tradition in what I do and still be able to expand on the experiences I’ve had. And I think that’s the thing that ties Al’s musical experience to mine—the fact that there is some similarity on what we have to draw on historically.”

Tyner is quick to point out that the very nature of Foster’s approach to the kit makes the musical hookup all the more easy. “Al is very open. He listens to everything and he responds. If I play something rhythmically he picks up on it right away and he’s not overwhelming. He’s a very sensitive, very musical drummer. It’s not easy to always find people to play with that have that reference material available to them. That was the problem for a long time after the [Coltrane] quartet, except for some of the bands I had in the ’70s. But when I got into the late ’80s and the ’90s, trying to get people that really … you know, they can play but just being able to have this sensitivity to music—it’s not easy.” Foster’s example of nonchalant swinging and melodic soloing is especially apparent on the surging “Trane-like.”

Although Clarke and Tyner both hail from Philadelphia, they didn’t actually meet until a 1982 session for Columbia. “I’m a little bit his senior,” says McCoy of the bass great. “I think I actually left Philly before he went with Return to Forever. I don’t know what he was doing before that, really. But I think I was gone by the time he was coming up, so we didn’t really get a chance to play together until I did that recording Looking Out, where I used Phyllis Hyman on vocals and Carlos Santana on guitar. That was another kind of a project, like the Burt Bacharach project, where I shoot off into another direction and do some things in a more popular setting and people invariably react by saying, ‘What is he doing?’ But I’m like that. I do things in contrast. If I have a particular theme or project that I’m working on, the next thing I’ll put myself in a different situation. And I like that, as opposed to doing sequels—trying to repeat things conceptually. Instead, I try to do different things.”

His next project might be something completely different again. “On this latest album, we do a tune called ‘I Want to Tell You ‘Bout That,’ which has a simple bluesy kind of feeling. That’s something I want to get into deeper eventually, a blues-oriented album. Of course, I know B.B. King very well but Robert Cray and I actually talked about doing something together. He seemed to be very, very interested in something like that and I’d certainly like to do something with him. But … we’ll see.”

Meanwhile, Tyner maintains a close friendship with his former Coltrane quartet bandmate Elvin Jones. The two have had a few opportunities to rekindle their special magic together in recent years. “Elvin likes to do it, which is nice now and then. We don’t play together that much but when we do it’s always great. There definitely is a nostalgia thing going on when we get together. He especially likes to do the Love Supreme music. The only thing I have about that is … well, for instance, we toured Japan with Wynton Marsalis playing that music. And you know, he’s a great player, talented person. But it wasn’t the same. You know, trying to do that music without John—it’s just not the same. I actually stopped using tenor saxophone for a long time because every guy that played tenor wanted to sound like John and I couldn’t put myself in that situation. So I sort of shy away from the nostalgia thing.”

Although Tyner maintains the highest level of technical virtuosity, he says he never practices at home, preferring instead to practice on the gig. In fact, some of his most important woodshedding from day to day, he says, is entirely non-musical.

“Sometimes I like to assimilate other things around me, like life itself. Because to me, the piano is just an instrument, it’s a vehicle to express other things. It’s a wonderful entity but I think what makes it complete is when you understand the nature of what it is. It’s not a thing of trying to conquer the instrument, because it was made to be used as an instrument. So rather than practice every day, I just want to keep myself inspired. And that could come from a conversation with a friend, it could come from taking a walk, it could come from something that you see on television or hear on the radio. Life itself. Music is not separate from life, it’s part of it. It’s all part of the orchestration that we live on a daily basis.”

Gearbox
McCoy composes at home on a Kurzweil keyboard. He prefers Steinway grand pianos for performing.

Listening Pleasures
“I’ve been listening to this guy Andrea Bocelli. His voice is phenomenal. He’s not a Pavarotti type of guy. He’s really more contemporary in his approach and variety of material. But he’s very honest. And I think that’s really what you look for in any artist … Is he expressing himself? Is he really, really opening up and being himself? I think this is what characterizes a real artist. And Andrea seems like he sings with a real gut feeling. Billie Holiday was like that. All the great singers, great musicians are like that. That’s the thing that made them unique. But I have a lot of different things here to listen to besides Andrea—Ella Fitzgerald and Louis Armstrong … I love to hear them together. I have a lot of blues CDs, all different types. And I’ve got a lot of Bud [Powell] here too. Yeah, I love Bud.”

At 95, Chicago-based guitarist George Freeman is among the world’s oldest active jazz musicians. Although he came of musical age in the 1940s and counts … END_OF_DOCUMENT_TOKEN_TO_BE_REPLACED

When you’re on TV, everybody knows you, or at least thinks they know you. Take Kevin Eubanks, who was on NBC’s Tonight Show five nights … END_OF_DOCUMENT_TOKEN_TO_BE_REPLACED

Jimmy Katz leads many lives. He is the preeminent currently active jazz photographer, and has shot more than 200 magazine covers and over 600 recording … END_OF_DOCUMENT_TOKEN_TO_BE_REPLACED