Skip to content
Become a member and get exclusive access to articles, live sessions and more!
Start Your Free Trial
Home > Features > Maysa: Incognito No More 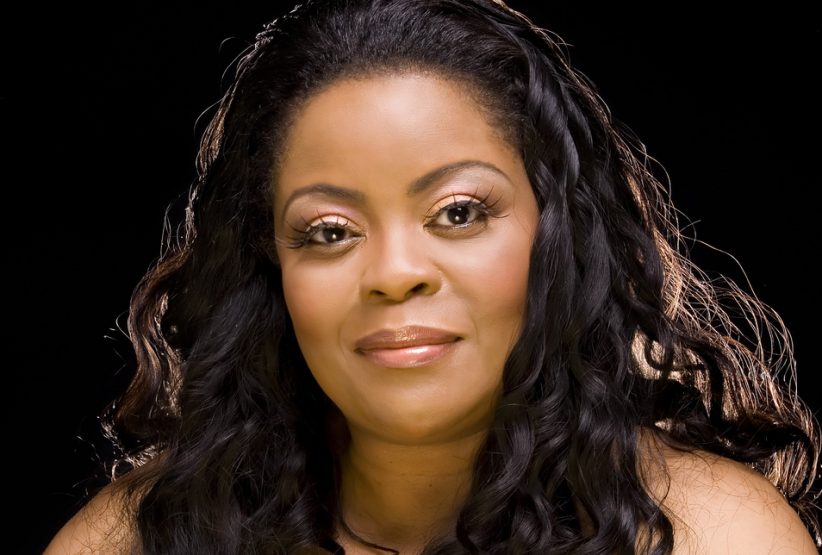 They call her Maysa. Just Maysa. And for the past 20 years, this smooth jazz vocalist with the deep soothing tone has enjoyed a storybook career just shy of that Prince Charming ending. She was a member of the world renowned Morgan State University Choir under the direction of the late great Nathan Carter during her college years complete with travel abroad, television appearances, and best selling recordings. Within weeks of graduating, she became a part of Stevie Wonder’s backup ensemble, Wonderlove. (Ask her about riding in a car with Stevie driving). And a few years after musically supporting the “musical genius,” she was auditioned by telephone for lead voice in the British soul collective, Incognito. Hired on the spot, she was on a plane, $10 in her pocket, to record with the band in London within the week. The first single with the new vocalist, “Don’t You Worry ‘Bout a Thing” in 1992, gave Maysa immediate international recognition. She was 26.

Today, 20 years and 16 group and eight solo CDs later, Maysa (whose last name is Leak) looks back on a full and accomplished career full of international tours, major television appearances, national awards, positive reviews, chart topping movie soundtracks and personal recordings, and musical collaborations with some of the best jazz and R&B musicians in the industry such as Stevie Wonder, Will Downing, Rick Braun, Kim Waters, Gerald Veasley and Jonathan Butler. Usually categorized as smooth jazz, other descriptions from soul, neo soul, R&B, funk, funk/jazz, jazz, jazz fusion and many others have been attached to her as well. Her latest CD, released the end of January 2010, Woman in Love, has climbed the charts steadily, and even gained her notice by mainstream jazz critics. With selections like “What Are You Doing the Rest of Your Life,” ” ‘Round Midnight” and “When I Fall in Love” featured, she demonstrates her full bodied contralto can respectfully handle a classic or put a down home spin on it. But despite it all, it’s not quite the glass slipper…

“I love my life. It’s what I always wanted to do. After 20 years, here I am and I’m so grateful. The one thing I always prayed for, and God gave me, has been longevity,” says Maysa.

Quite an accomplishment for an artist who has guided much of her career on her own–no management company, no agent. Maysa has and continues to book and promote herself still living in her hometown of Baltimore. Turned off by the Los Angeles scene early on, she realized she wasn’t effective amongst those that schmooze their way into opportunities. Her plan–let her talent speak for itself.

“I lived in LA for about 10 months…oh no,” she laughs. “Not for me. I don’t talk much so it was hard trying to promote myself in that way. I just started managing myself and that worked.” She pauses. “Sometimes though, I do think I should be further along in my career by now.”

In December of last year, the critical buzz of Woman in Love had Grammy speak surrounding it. The anticipated nomination didn’t materialize but a Soul Train Music Award did. Maysa flew to Atlanta for the glitzy televised ceremony to be fabulous in her evening gown on the red carpet. She won, however, once back home with award in hand, she saw no photos, no press to announce the recognition.

“Winning the award was great but it made me realize that maybe the time has come to get some help in the publicity department. I hired a company after that so we’ll see what comes from it.”

Yet, without the extensive promotion machine during the first 20 years, Maysa has been able to gain an extensive and loyal audience, an audience that has traveled her life journey with her through her songs both professionally and personally. Today, they’re following her regularly on Facebook and Twitter. Similar to other one name persons of note, Maysa has become somewhat of an “every woman” in music, someone with whom female listeners identify, see themselves in and male listeners respect and often empathize. When she covers a tune, it’s something familiar and her audiences connect. When she writes, her lyrics speak of her experiences but reflect on their lives. When she sings, her voice expresses her emotions but gives sound to what’s in their hearts. Her live performances are like family reunions with audiences returning time and time again to see their friend and confidant. Audience members feel comfortable calling out songs from her past CDs, hits or not, current or from years gone by as requests. There’s talk from the stage between selections of old boyfriends, broken hearts, new loves, extra pounds, single parenting…. Maysa fans have seen her through a lot.

She’s in her element in live settings, moving from musical style to musical style, classics to originals, past to present, always in elegant flowing gowns and high heels eventually kicked to the side. In a recent Valentine Day’s concert in Baltimore, at the tail end of a record blizzard, a capacity audience pressed its way to hear the local diva. Her special spot and soon to be monthly performance home, the Eubie Blake National Jazz Institute and Cultural Center is run by her best friend from college and current tour manager Troy Burton. Her frequent presence and support of The Center has helped Troy promote jazz in the city and encourage young people not only to listen to the music but in performing it. Maysa is proud that her multi faceted sound sometimes helps youngsters make a musical connection and appreciate more straight ahead jazz. But for those in attendance Valentine’s night, she delivered, as always, with impeccable tone, surprising scats, moving renditions and quality musical back up–showing what 20 years of honing a skill and loving one’s craft can do.

Inspired by her recent industry recognitions, Maysa is ready to kick the remainder of her career in high gear. Thoughts of a new CD are already in her plans and with new and professional management assistance, her motivation for that Prince Charming ending-personally and professionally-in sight.

“When I was young, I used to listen to the greats, Sarah and Ella and want to talk to them, ask them questions. I promised myself early that if I ever made it in this industry, I would be approachable, an open spirit. I love what I do and as a friend told me recently, just let the audience come to you.”

When you’re on TV, everybody knows you, or at least thinks they know you. Take Kevin Eubanks, who was on NBC’s Tonight Show five nights … END_OF_DOCUMENT_TOKEN_TO_BE_REPLACED

Jimmy Katz leads many lives. He is the preeminent currently active jazz photographer, and has shot more than 200 magazine covers and over 600 recording … END_OF_DOCUMENT_TOKEN_TO_BE_REPLACED

Take a look at Blue Note Records’ release schedule for 2022 and it’s hard to miss the significant percentage of electronic-oriented music. In March, the … END_OF_DOCUMENT_TOKEN_TO_BE_REPLACED

Those who are only familiar with bassist Martin Wind’s jazz credentials—both as a leader and as a first-call sideman for Bill Mays, Dena DeRose, Ken … END_OF_DOCUMENT_TOKEN_TO_BE_REPLACED