Skip to content
Become a member and get exclusive access to articles, live sessions and more!
Start Your Free Trial
Home > Features > Matthew Stevens: Leading From Within 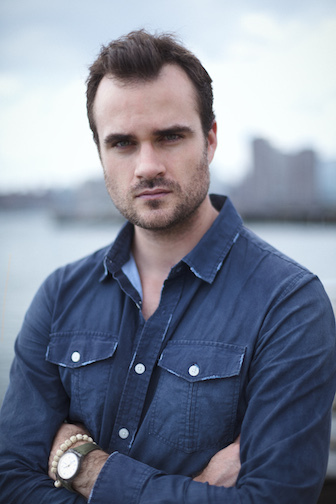 The rising guitarist Matthew Stevens is known mostly as a sideman, and that’s not about to change. His distinctive sound, cloudy but sharp, has developed in relief to young bandleaders working between jazz, hip-hop and guitar rock-Christian Scott aTunde Adjuah, Ben Williams, Jamire Williams and, most recently, Esperanza Spalding. Over 10 years, he’s been subtly tweaking the standard ideas of how a guitar can work in the accompanist’s role: His restrained, single-note style makes melody the main tool of rhythm, and rhythm into a kind of atmosphere.

But Stevens recently released Woodwork (Whirlwind), his full-length debut as a leader, and the approaches he’s developed as a sideman open out in new directions when he’s at the helm. “All great music has a great feel,” says Stevens, 33. “I wanted the record to have this undercurrent of bubbling rhythm.”

His band, which rehearsed and gigged for months before recording the album in spring 2014, is basically an extended rhythm section: Stevens on guitar, Gerald Clayton on piano and keyboard, Vicente Archer on bass, Eric Doob on drums and Paulo Stagnaro on percussion. Each instrument here feels buoyant, and the album casts a wide net across 12 varied tracks.

Most of the tunes originated in Stevens’ head or on his hollowbody electric, but the bone structures came together in informal sessions with Doob. “He talked to me about how he wanted each song to have an identity from a rhythmic standpoint, in addition to melodies and harmonies and the things he’d written on the paper,” says Doob, who has played with Stevens since both were undergrads at Berklee. “We didn’t want each song to sound too similar, or any to blend in with each other.”

Stevens recorded Woodwork with two microphones on his guitar, one at the neck and one at the body. It relates to the album’s title. “Playing guitar, the wood is there for you to interact with. It’s like a collaborative act,” he says. “I like to have respect for the raw materials and let those raw materials inspire and influence you as you shape them.”

As a sideman he favors a rough, electric sound, but on Woodwork Stevens floods the zone with acoustic warmth. The twin mics capture both the surface energy of his picking and the depth of his guitar’s resonance. Sometimes Clayton doubles Stevens’ melodies on piano or Rhodes, adding an intriguing, studded echo on the high end.

Onstage Stevens handles the instrument like a power tool, swaying in place and chopping the air with its neck. His mouth opens wide, and when he reaches for a high note, sometimes he exclaims a little. “I want to connect to the guitar the way that I would in my head if I were a trumpet or a saxophone player. There’s this physicality involved,” he says. “I don’t play a horn, but when you do the whole sound vibrates within your body; it’s in your head, it’s everywhere. Whether I’m aware of it or not, I’m probably chasing that feeling on guitar.”

Stevens grew up in Toronto, a city with a richer guitar tradition than many realize. He was exposed to Lenny Breau, Ed Bickert and other local masters, though his earliest loves were in rock (he remembers taking his first solo in a group jam on Pearl Jam’s “Alive,” at a National Guitar Workshop summer camp). He found his way into jazz as a teenager, spending afternoons at a local record store, and then immersed himself in it at Berklee. By the time he graduated he was working closely with Scott, and would become the trumpeter’s musical director as well as his guitarist. Within a few years he held the guitar chair in Ben Williams’ band, Sound Effect; Jamire Williams’ ERIMAJ; and eventually NEXT Collective. (That group was a short-lived all-star band of rising talents assembled by the Concord Jazz label. Stevens was briefly affiliated with the label; when the company slow-pedaled his album, he decided to look elsewhere.)

In all these groups, Stevens’ sound stands out-acidic with distortion and even-keeled across registers. Tonally people might hear him as the heir apparent to Kurt Rosenwinkel. And wouldn’t it make sense that this generation of bandleaders, who came up inhaling contemporary jazz in the 1990s and early aughts, would want that sound? But the resemblance is surface deep. Most of the tension in Rosenwinkel’s playing has to do with harmony; it’s his impenetrable cloud. But Stevens, for all his passion about rhythm, rarely shucks out a full chord.

In Washington, D.C., recently with Ben Williams and Sound Effect, he wove single-note lines, sometimes in unison with Williams’ bass or Marcus Strickland’s saxophone but often in nebulous counterpoint. Elsewhere he played repetitive, distorted arpeggios that built a magnetic pulse over time. When he did play chords, they were mostly coy and small, using just two or three strings. They invited your ear to give chase; a lot was unsaid.

Clayton, who played with Stevens in NEXT Collective before joining the quintet on Woodwork, says the guitarist goes for full investment. “I think of other guitar players who really value the sound-like a Peter Bernstein, for instance,” Clayton says. “Matt speaks the language that people might want to have in a modern group, but he also brings his own personal elements. Onstage you can actually hear him grunting-it’s all the music that he’s trying to get out. There’s a clarity to his lines, but it’s never safe.”

When you’re on TV, everybody knows you, or at least thinks they know you. Take Kevin Eubanks, who was on NBC’s Tonight Show five nights … END_OF_DOCUMENT_TOKEN_TO_BE_REPLACED

Jimmy Katz leads many lives. He is the preeminent currently active jazz photographer, and has shot more than 200 magazine covers and over 600 recording … END_OF_DOCUMENT_TOKEN_TO_BE_REPLACED

Take a look at Blue Note Records’ release schedule for 2022 and it’s hard to miss the significant percentage of electronic-oriented music. In March, the … END_OF_DOCUMENT_TOKEN_TO_BE_REPLACED