Skip to content
Become a member and get exclusive access to articles, live sessions and more!
Start Your Free Trial
Home > Features > Matthew Garrison: From the Bottom Up 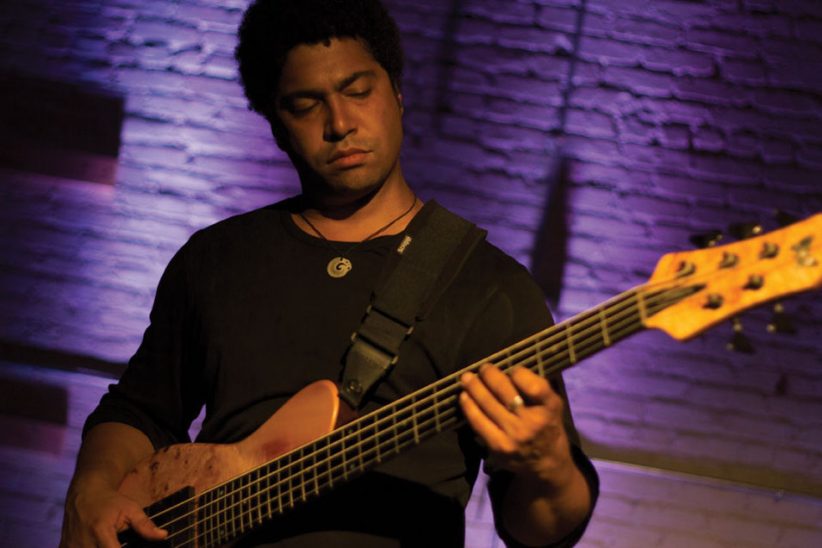 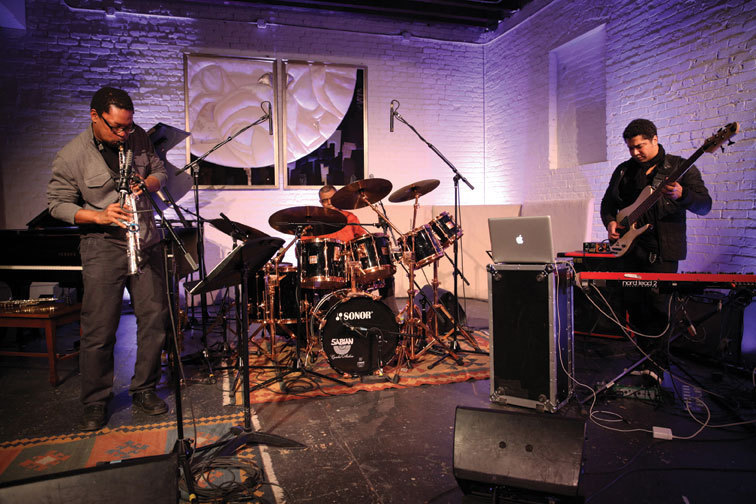 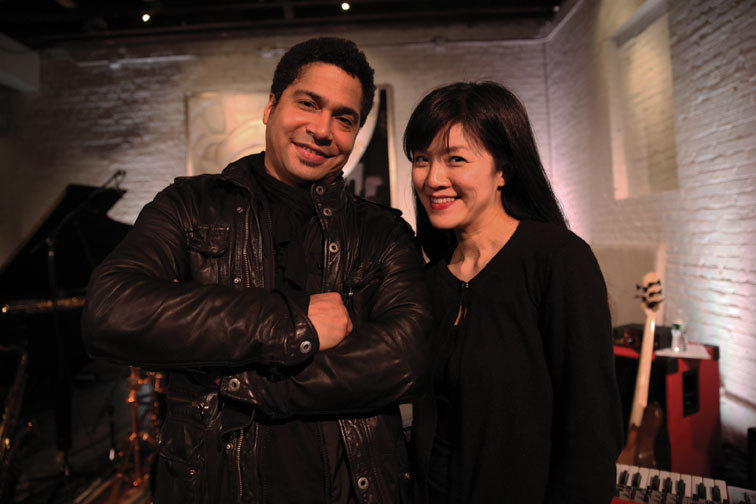 At the western edge of Brooklyn’s rapidly gentrifying Gowanus district, ShapeShifter Lab, which hosted some 300 shows from its March 2012 launch through the end of the year, occupies a one-story facility mid-block on Whitwell Place. A graffitied roll-down gate displays the ShapeShifter logo in gray lettering on an aqua background. Behind it is a 3,600-square-foot performance area with a large, slightly raised bandstand, whitewashed brick walls, a smooth concrete floor, a makeshift kitchen and a bar stocked with beer, wine, soft drinks, coffee and tea. Next-door is a 600-square-foot office from which electric bassist-composer Matthew Garrison and his business partner, Fortuna Sung, oversee operations. The space is chock-a-block with equipment-instruments, microphones, mixers, speakers, lighting fixtures, computers, Internet servers, motion sensors, security cameras, an SUV-sized HVAC unit.

“Five or six years ago, this wasn’t an area to hang out,” Garrison said. “Now you have moms with strollers and puppies.” Afternoon was turning to evening on New Year’s Eve, which the co-proprietors intended to observe with a rare evening off.

“We’re not focused on genres,” Garrison continued. “We’re tapping into more of a creative, conceptual scene that I prefer to call ‘social music,’ which was Miles’ term. If the music is excellent, that’s what has to happen. If nobody knows who the hell they are, they play here and something can develop.” Garrison and Sung recruit musicians primarily, though not exclusively, from Brooklyn’s world-class musician pool. Some execute residencies, spanning consecutive days or spaced at intervals across a timeframe.

Scale, infrastructure and flexibility are crucial to ShapeShifter’s viability, but Garrison’s considerable bona fides as an electric bassist and composer engender an important trust factor. ShapeShifter is namesake to a self-produced 2004 Garrison recording for which he convened keyboardists Jim Beard and Scott Kinsey, drummers John Arnold and JoJo Mayer, percussionist-vocalist Arto Tunçboyacıyan, guitarist Adam Rogers and harmonica player Grégoire Maret. They sustain a constant dialogue with the leader, who unfailingly places his mega-chops-a singular four-finger right-hand technique with which, at any tempo and in any time signature, he seamlessly blends his five-string bass’ groove-keeping and solo functions-at the service of developing strong melodies from the harmonic material. The chops, if not the interactivity, are on display throughout the self-titled debut from Human Element, released by Abstract Logix in 2011. A jam-like project with Joe Zawinul-inflected repertoire, it documents the collective quartet of Garrison, Kinsey, Tunçboyacıyan and drummer Gary Novak.

“I thought he was the future of the bass,” drummer Gene Lake testified, recalling their initial, 1993 encounter on “Polymad Nomads” from Steve Coleman’s album The Tao of Mad Phat.

“Matthew is extremely sensitive to melody and harmony and rhythm and color,” drum great Jack DeJohnette elaborated. “He’s technically proficient, but he only uses it when he has something he needs to say. He has the ability to create spontaneous composition, and also to write very interesting compositions.”

As the ’90s transitioned to the aughts, Garrison honed his delivery and ideas during tenures of varying duration with Coleman, Gary Burton, Gil Evans, Betty Carter, Zawinul, John McLaughlin and Herbie Hancock. Hancock’s interest in real-time electronica sparked the direction of the self-released ShapeShifter Live 2010 Part 1, documenting the leader’s phantasmagoric improvisations over pre-programmed material that he manipulates and loops in real time, and this year’s 12 Months, comprising collaborations with Lake, Mayer, Tunçboyacıyan, Meshell Ndegeocello, Ravi Coltrane, Andy Milne and Seamus Blake, among others.

“I was trying to figure out, ‘Who the hell am I and what do I do?'” Garrison retrospected on his 2004 mindset. “One night I’m playing out-to-lunch stuff with Dave Liebman and Billy Hart at a little club in Manhattan. A week later I’m with Jason Moran, doing whatever he was trying to do. Then a strange, hybrid rock gig with Cindy Blackman Santana, then [Italian pop artist] Pino Daniele, then Whitney Houston, and then Herbie.

“Am I a bass player who plays many forms of music, or a human being who’s interested in many forms of music? I opted for the second one. I am just interested in working with human beings, observing how they do their thing and seeing what I can take away from that, and then how I can recast it-but I needed a bass to do it. Shape-shifting: I felt I could take what was necessary for the moment.”

Guitarist Will Bernard bears the bittersweet blessing of virtuosic skill and eclectic taste, making his music a perpetual delight and yet hard to categorize. Maybe … END_OF_DOCUMENT_TOKEN_TO_BE_REPLACED

At 95, Chicago-based guitarist George Freeman is among the world’s oldest active jazz musicians. Although he came of musical age in the 1940s and counts … END_OF_DOCUMENT_TOKEN_TO_BE_REPLACED

When you’re on TV, everybody knows you, or at least thinks they know you. Take Kevin Eubanks, who was on NBC’s Tonight Show five nights … END_OF_DOCUMENT_TOKEN_TO_BE_REPLACED