Skip to content
Become a member and get exclusive access to articles, live sessions and more!
Start Your Free Trial
Home > Features > Mary Stallings: The Best-kept Secret in Vocal Jazz 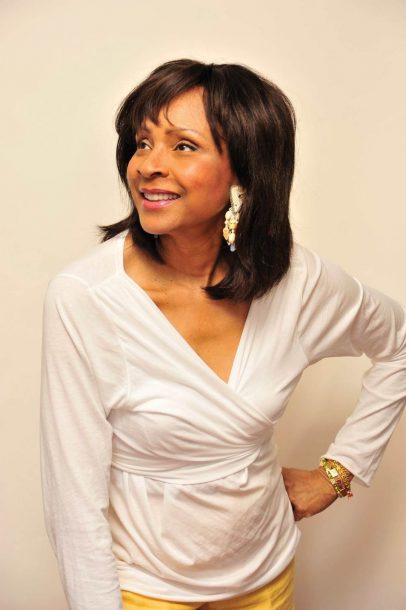 Each generation, it seems, discovers Mary Stallings anew. A supremely soulful jazz singer, the San Francisco native has spent her life in the Bay Area, reappearing on the national scene every five or 10 years with an acclaimed album or high-profile gig. She’s worked and recorded with a steady succession of jazz giants, but when it comes to enduring renown, she’s been a bridesmaid far more than a bride. With her supple sense of swing, blues-inflected phrasing and gift for empathic lyric interpretation, she often inspires superlatives, praise almost invariably coupled with bewilderment at her lack of fame. With the 2001 release of her MaxJazz album Live at the Village Vanguard, the New York Times declared that “[p]erhaps the best jazz singer singing today is a woman almost everybody seems to have missed.” That’s a wild overstatement, of course, as Stallings has enjoyed several significant stretches of visibility. But there’s no denying that with fewer than a dozen albums over five decades, her discography is criminally thin.

Never interested in singing pop or R&B, she survived long stretches with little label interest, and even dropped out of the scene for much of the 1970s and ’80s. Through all the ups and downs, Stallings, 71, has never lost confidence in her own abilities. She grew up in a large, supportive and highly musical family, and started performing as a child in a gospel group with her mother and two sisters. Drawn to jazz, she was profoundly influenced by Dinah Washington, Billie Holiday, Carmen McRae and Ella Fitzgerald. But her uncle, saxophonist and bandleader Orlando Stallings, encouraged her to develop her own sound. “I made a conscious decision I was going to be a singer as a little girl,” Stallings says between sips of herbal tea at a Berkeley café. “I thought at one point that my career was over. But then you find out, it’s never the end; it’s just one more gig, one more call that you’re going to take. I did resist some telephone calls for a while, though, I really did.”

While she made her recording debut as a pre-teen in the early 1950s with a gospel 78 (on which she was billed as “Little Miss Mary Stallings”), before she graduated from high school she was a mainstay in San Francisco nightclubs, regularly performing with established stars such as Louis Jordan, Ben Webster, Teddy Edwards and Cal Tjader. It was with Tjader that she made her debut as a jazz artist on the 1961 Fantasy album Cal Tjader Plays, Mary Stallings Sings, a sassy session heavy on Ellington, blues and Fats Waller/Andy Razaf gems. Stallings recalls the date fondly, but notes that she didn’t actually work with the vibraphonist often. “We only did a couple of gigs down in Southern California, and a couple here at El Matador,” Stallings says. “That was it. I used to come and jam with him all the time, though. That’s how I got the gig. I was just so glad to be recording. Looking back, I see a young girl that had chops. It’s what I was singing like at that time.”

It would be 20 years before she returned to the recording studio to make an album under her own name. But she stayed busy through the 1960s. She sang regularly with Earl “Fatha” Hines, performed with Cannonball Adderley at the Jazz Workshop, and was featured with the Montgomery Brothers at Tsubo (the Berkeley club where Wes recorded his definitive album Full House in 1962). She caught the attention of Dizzy Gillespie during a gig at the Black Hawk, beginning a musical relationship that led to several West Coast tours and a heralded performance with the trumpet legend at the 1965 Monterey Jazz Festival. Though the British Invasion swept away most of the clubs and work opportunities for straight-ahead jazz singers, Stallings continued to land plum gigs. She performed for a year in Nevada with Billy Eckstine, singing duets associated with Sarah Vaughan. And from 1969 to 1972 she toured internationally with the Count Basie Orchestra, but unfortunately she never got into the studio with the band (though she does appear on several tracks on Good Time Blues, a live album recorded in Budapest in 1970 and released on Pablo in 2004). While she spent some memorable times with Ella Fitzgerald at Norman Granz-produced concerts during her Basie years, Stallings never found a mentor among veteran women vocalists.

“I had a lot of men in my life,” Stallings says. “Dizzy, he’d ask me a lot of questions and he’d let me just talk. Looking back, I think that was brilliant. He was letting me find myself, because I didn’t know who I was. Sonny Stitt took me under his wing and taught me how to breathe correctly. He said, ‘If you use these techniques, your voice will always stay youthful and fresh,’ and it has. And Billy Eckstine was a miraculous man. I’m so sad that they don’t praise him like they should today. It’s like he’s been erased from the history books. I learned so much from him: how to conduct yourself onstage, how to make the audience feel like they’re a part of what’s going on, and to let them know how important they are.”

Though the lengthy Basie engagement opened many doors for Stallings, after three years she decided to give up the rigors of the road. Putting her music career on the backburner, she gave birth to her only child in 1972 and worked at home doing fashion design and alterations while raising her daughter, Adriana Evans. That could have been the end, but Gillespie lured her out of retirement with a South American tour. Bay Area colleagues kept calling her and inviting her to sit in at gigs. It took years, but eventually she relented and started working again in the late 1980s.

“I stopped performing because I was fed up and knew that I had no more heart for it at that time,” Stallings says. “I thought that was going to be the end of it because I was pursuing other dreams. But it got to the point where other people were pushing me to come back out. I resisted for such a very long time, and finally some local musicians said, ‘Mary, just come on out and take this little gig,’ and it was fun. Pharoah Sanders, Eddie Marshall, Ed Kelly, everybody came to Mr. Major’s. I discovered the feeling wasn’t gone, and as time goes on you understand that it never leaves.”

She finally got back into the studio, recording 1991’s little-heard Fine and Mellow (Clarity). The album helped reintroduce her to fans, but it was her relationship with Concord Records and the label’s vocalist-loving founder and president, Carl Jefferson, that really put her back on the jazz map. He paired her with a succession of soul-drenched, hard-swinging pianists, starting with her 1994 Concord debut, I Waited for You featuring Gene Harris’ well-oiled quartet. On her follow-up, 1996’s Spectrum, she hit a sweet spot with the effervecent accompanist Gerald Wiggins. And on her final Concord release, 1997’s Manhattan Moods, she requested Monty Alexander, who proved to be an ideal partner. He came away impressed by her musicianship and with some insight into her reticent ways. “She’s not one of those people who is like, here I am!” Alexander says. “She’s a gentle lady. I remember Mary listening back to the tapes and kind of looking up, saying, ‘Do you think that’s OK?’ I said, ‘Mary, that’s grooving! That’s wonderful!’ She’s a humble, modest person.”

Stallings was rediscovered again with the release of her acclaimed Village Vanguard disc in 2001, a session that brought her together with Eric Reed. And she turned heads in 2005 with Remember Love (Half Note), a deeply romantic standards session produced and arranged by Geri Allen. Her new release, Dream (HighNote), finds her reunited with ace pianist Reed, who produced and arranged the album. Based on affection and deep mutual respect, their musical partnership inspires some of Reed’s most sensitive work, while once again presenting the best jazz singer that everybody seems to have missed. Leave it to Reed to see the silver lining in the situation.

“The advantage of her not being a household name just yet is that she hasn’t gotten burned out,” says Reed after an album release concert at Yoshi’s in Oakland. “When you look at her, life hasn’t worn her down. With Mary traveling not nearly as much as a Sarah, Carmen or Ella did, it’s been to her advantage. The disadvantage is really more for the world than for Mary. They’re really missing out on an amazing individual, both musically and personally. There’s no woman alive that sings jazz as great as Mary Stallings. That’s no disrespect to Dianne Reeves, Dee Dee Bridgewater, Ernestine Anderson, Nnenna Freelon or Carla Cook, who I absolutely love. But if you want to talk about jazz, and the subtleties and the intricacies, the storytelling and the harmonies, there isn’t a woman alive who sings better.”

When you’re on TV, everybody knows you, or at least thinks they know you. Take Kevin Eubanks, who was on NBC’s Tonight Show five nights … END_OF_DOCUMENT_TOKEN_TO_BE_REPLACED

Jimmy Katz leads many lives. He is the preeminent currently active jazz photographer, and has shot more than 200 magazine covers and over 600 recording … END_OF_DOCUMENT_TOKEN_TO_BE_REPLACED

Take a look at Blue Note Records’ release schedule for 2022 and it’s hard to miss the significant percentage of electronic-oriented music. In March, the … END_OF_DOCUMENT_TOKEN_TO_BE_REPLACED