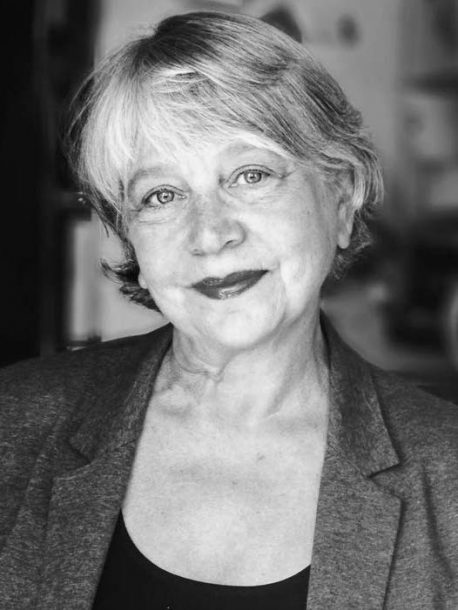 In his 1914 poem “Chicago,” Carl Sandburg celebrates the life of what he memorably dubbed the “City of the Big Shoulders”: the stockyards, the railroads, the gangsters, the “Building, breaking, rebuilding.” While Mary Morris’ affecting new novel, The Jazz Palace (Nan A. Talese/Doubleday), reprises most of the poet’s catalog of urban dynamism, it’s what he leaves out-jazz-that Morris places at the heart of a story set in Chicago during the 1920s.

It was an era when the city was being transformed by waves of Eastern-European immigrants, fleeing poverty and pogroms, who crowded the tenements of the city’s North Side, and by African-Americans from the South, escaping Jim Crow and the lynch mobs, who settled on the South Side. The character she created to serve as a bridge between these two sides of the city, Benny Lehrman, is the teenage son of a smalltime Jewish manufacturer who makes caps for the local hotel workers and meat packers.

One evening, Benny, a preternaturally talented piano student, ditches his weekly classical lesson and heads instead to the South Side. Drawn to the thrilling sounds coming from the dozens of dives that line State Street (a.k.a. “The Stroll”), he approaches an African-American pianist who has just stepped outside for a break: “I was wondering, that music, what’s it called?” …

“I haven’t heard anything like it before.” … The man gave him a grin. “It’s called jass.”

Like E.L. Doctorow’s Ragtime (which Morris, a Rome Prize winner, acknowledges as a powerful inspiration), The Jazz Palace adopts an exciting new form of American music, grounded in African-American culture, as the soundtrack for a complex work of fiction. She also adopts Doctorow’s innovative technique of bringing together a cast of fully realized fictional characters with an array of contemporary historical figures. In Morris’ case, these include, among many others, Al Capone, Rudolph Valentino, Shoeless Joe Jackson, King Oliver and Louis Armstrong.

In a recent interview with JT, the Chicago-born author described her extensive research into the history of the era and its music, including the library of jazz books she read and the wealth of anecdotes she collected from jazz aficionados. She even dusted off her own long-neglected piano skills by taking four years of lessons with jazz pianist Roberta Piket, a Brooklyn neighbor at the time. “I think the only thing I learned to play was ‘Blue Monk,'” confessed Morris, 68. “I never got to the point where I could really improvise.”

But Morris’ greatest challenge proved to be the creation of a character who, along with Benny Lehrman, would become a central figure in the novel’s fictional world. “I thought, how can I write about the music that was coming into this book,” she reflected, “and how can I write about the South Side of Chicago and not have a black character?” As Morris was wrestling with these issues, she passed a largely African-American housing project on her way to the airport and glimpsed a tag in black graffiti: “Rest in Peace Napoleon Hill.” As Morris recounted it, “By the time I got to the airport, he was a trumpeter, he had come from New Orleans, he had this whole life.”

While there are times when the fruits of Morris’ research take on a dutiful box-ticking quality, just as often the details she appropriates from jazz history and mythology serve to enrich her story. In the case of Napoleon Hill, for example, Morris mines the legend of New Orleans cornetist Freddie Keppard-who supposedly turned down the chance to record and occasionally used a handkerchief to cover his fingerings so no one could “steal his stuff”-as a way of reinforcing Hill’s artistic integrity and refusal to be exploited.

In fact, it’s when Hill decides to break out of the South Side’s musical ghetto that he stumbles upon an under-the-radar North Side bar owned by the Chimbrovas (another Jewish immigrant family who provide the third leg of the novel’s fictional triangle). And it’s Hill who, struck by the room’s shabby chic and its miraculously in-tune piano, gives the bar its name: the Jazz Palace. It’s also here that Hill encounters Benny Lehrman, now a virtuoso jazz pianist in his own right, and it’s here, as they jam together, that they transcend, if only briefly, the racial segregation of the era.

Morris is careful not to idealize these moments of racial harmony, but she does communicate the freedom at the heart of jazz powerfully, revealing how it provided musicians, both black and white, the opportunity to express an individuality that transcended race. Though she is quick to acknowledge that Chicago “was by no means Paradise,” Morris offers a portrait of the city as a stage where, for a decade or so, the great American drama of self-transformation was played out as nowhere else. Or as Morris put it at one point in our interview, “For a moment in time, it was the most alive place for music in the world.”

When you’re on TV, everybody knows you, or at least thinks they know you. Take Kevin Eubanks, who was on NBC’s Tonight Show five nights … END_OF_DOCUMENT_TOKEN_TO_BE_REPLACED

Jimmy Katz leads many lives. He is the preeminent currently active jazz photographer, and has shot more than 200 magazine covers and over 600 recording … END_OF_DOCUMENT_TOKEN_TO_BE_REPLACED

Take a look at Blue Note Records’ release schedule for 2022 and it’s hard to miss the significant percentage of electronic-oriented music. In March, the … END_OF_DOCUMENT_TOKEN_TO_BE_REPLACED