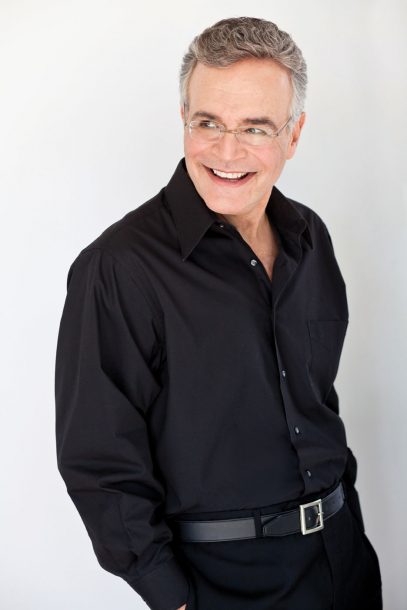 Not since Bobby Troup encouraged an entire generation to motor west has a singer-songwriter so skillfully championed California hipsterism as Mark Winkler has. Like Troup, to whom he paid album-length tribute in 2003, Winkler is, as both vocalist and lyricist, a master weaver of tunes that seem to demand gin, vermouth, a T-bird convertible and the occasional femme fatale.

These days, Winkler is finding plenty of ways to express his passions for jazz, film noir and Chet Baker-esque sangfroid. His latest album, Sweet Spot (Café Pacific) , continues an über-hip pattern established over a decade ago with Tales From Hollywood and Easy the Hard Way and elevated to chilled perfection with 2009’s Till I Get It Right. Winkler has also teamed with Manhattan Transfer soprano Cheryl Bentyne to create the stylishly retro nightclub act West Coast Cool. And this September marks the long-anticipated off-Broadway debut of Play It Cool, a jazz musical featuring Winkler’s lyrics that examines the gay L.A. scene of the 1950s from the perspective of a lesbian chanteuse-turned-cabaret proprietress. “Mark’s vast abilities in so many genres of the arts leave me breathless,” enthuses Bentyne. “He is a consummate writer, a wonderful interpreter of these incredible songs, and he does it all with wit, charm and warmth.”

A native Los Angeleno, Winkler, 61, comes by his penchants honestly. “My mom was a big-band singer,” he explains, “and even though she gave it up to raise a family, she never really abandoned show business. She would stay up all night watching old movies and telling me stories of her band days. She filled me with a love for all that. I have a song called ‘Son of the Stardust Lady’ where I talk about how she gave me that gift. And since we were in Hollywood-I went to junior high with Nat King Cole’s daughter Cookie and my family was friends with Tony Curtis’ family-the associations were all around us. I love anything film noir. If it’s in black-and-white and the streets are wet and the women are bad but beautiful, I’ll watch.”

Sweet Spot opens with a classically cool West Coast anthem, André Previn and Paul Francis Webster’s “Like Young.” It’s a song that Winkler first recorded in 2000 for Easy the Hard Way. But, he says, “When we were putting together West Coast Cool, arranger Eli Brueggemann came up with this great new treatment that I loved, so I figured I’d record it again.” The album also includes “Catch Me If You Can,” which has no connection to the Leonardo DiCaprio film or current Broadway hit. “I wrote it,” says Winkler, “[with] the [George Clooney] movie Up in the Air [in mind], but it’s sort of a sequel to the song ‘How to Pack a Suitcase’ on Till I Get It Right. I have this fantasy about a guy who loves ’em and leaves ’em, and travels from town to town. I picture it as being very 1960s.”

Among the album’s covers are a swinging treatment of “But Not for Me” and the Brill Building gem “On Broadway,” both linked to Winkler’s childhood. “I was a very strange little boy,” he laughs. “I would move from obsession to obsession, and there was a period when I was completely obsessed with ‘But Not for Me.’ The same with ‘On Broadway.’ I played the Drifters’ record so much that my mom finally screamed, ‘You cannot play that song anymore!'”

Sweet Spot also features “Somewhere in Brazil,” a hilarious tale of a second-rate singer stuck in a San Fernando Valley dive while dreaming of Rio. And there is a hauntingly beautiful version of Troup’s “Their Hearts Were Full of Spring,” plus the poignant “Jazz Is a Special Taste,” which is featured in Play It Cool.

The musical, written by Winkler’s playwright friend Larry Dean Harris with music by Phillip Swann, is set in 1953. It tells the tale of Mary, a once-great vocalist who owns a gay bar off Sunset Boulevard and becomes obsessed with showcasing her new girlfriend, a dazzling singer named Lena. But Lena abandons Mary for a chance at film stardom. Enter a young gay gentleman named Will, who, fresh off the bus from nowheresville, becomes Mary’s hot new protégé. “It shows what it was like to be gay in the ’50s, and how hard it was,” says Winkler, adding that “Jazz Is a Special Taste” is pivotal because, “it’s also about being gay. Jazz and being gay have a lot in common-they’re both underground, and most people don’t like or understand it.”

Though Play It Cool has, in various stages of development, been presented in L.A. and at several theater festivals, Winkler has been working for five years to get a New York production mounted. (At press time, it’s slated to run Sept. 2 – Oct. 8 at New York’s Acorn Theatre, where Tony-nominated actress Sally Mayes will play Mary.) Director Sharon Rosen, who has been connected with the show since 2005, describes Winkler and Swann’s songs as, “incredible. They’re fresh. They bring something new to the stage, yet are totally comfortable and memorable. [The show] has a gay storyline, but it’s not just for gay audiences. It’s universal. It’s a love story, and it’s about Hollywood, so everyone can relate.”

Guitarist Will Bernard bears the bittersweet blessing of virtuosic skill and eclectic taste, making his music a perpetual delight and yet hard to categorize. Maybe … END_OF_DOCUMENT_TOKEN_TO_BE_REPLACED

At 95, Chicago-based guitarist George Freeman is among the world’s oldest active jazz musicians. Although he came of musical age in the 1940s and counts … END_OF_DOCUMENT_TOKEN_TO_BE_REPLACED

When you’re on TV, everybody knows you, or at least thinks they know you. Take Kevin Eubanks, who was on NBC’s Tonight Show five nights … END_OF_DOCUMENT_TOKEN_TO_BE_REPLACED