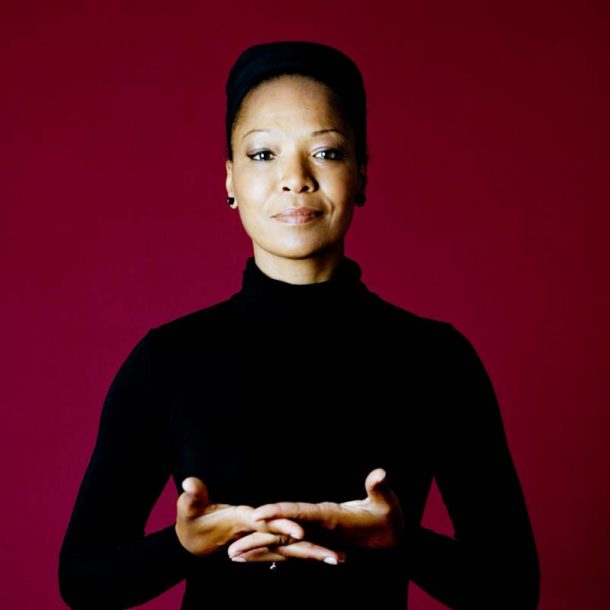 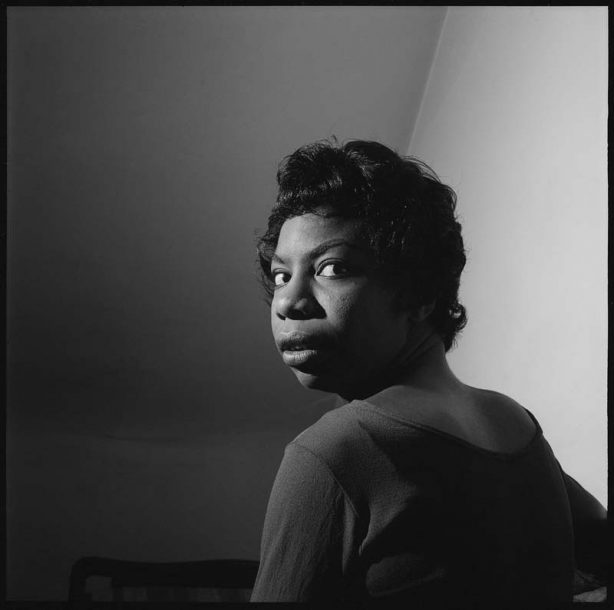 When Nina Simone died in 2003, the burden of preserving her legacy fell largely to her daughter, Lisa. It meant that for more than a decade, Lisa, a singer and Broadway actress, would have to put her late mother’s life before her own. “She used to say, ‘God help you when I’m gone,'” Lisa remembers. “I never understood what she meant by that until she was gone.”

With this past summer’s release of the Netflix documentary What Happened, Miss Simone? , the story of the singer’s trailblazing career and turbulent personal life, Lisa is finally able to emerge from her mother’s shadow. The film, directed by Academy Award nominee Liz Garbus, traces Simone’s journey from aspiring classical pianist to civil rights activist, and chronicles her later years abroad. Along the way, it juxtaposes the crackling tension of Simone’s live performances with intimate details about the singer’s domestic abuse and struggle with bipolar disorder.

Through Simone’s diary entries, audio recordings she made for an autobiography and footage of her late husband, Andrew Stroud, we learn of the physical and mental trauma she suffered at his hands, and of her fearlessness throughout the civil rights movement. “I’m not non-violent,” Simone once told the Rev. Dr. Martin Luther King Jr., and she admits to wanting to take up arms for the cause.

Many of the film’s most candid revelations come from Lisa Simone, who remains in awe of her mother despite their rocky relationship. “[Think of] the pain she went through and the rejection she withstood, and yet she managed to keep living,” Lisa said. “Can you imagine going through all that and not winding up in the fetal position in a closet somewhere? She’s one of the most courageous people that I’ve known.”

It’s heartrending to watch Lisa Simone recount the details of her childhood, her parents’ marriage and the way her mother later turned on her, physically abusing her while they lived in Africa. At 14, she left her mother and returned to the U.S. to live with Stroud, and later joined the U.S. Air Force, a decision her mother opposed. But Lisa also revels in Nina Simone’s brilliance. And the more she reveals, the more one begins to get the sense that this is her chance to clear the air, as much for her mother as for herself. “Lisa was dying to tell her story,” Garbus said. “She wanted to talk about her mother, and have her genius appreciated and also her struggles.”

As executive producer, Lisa Simone gave Garbus complete control over the film, only requesting that her mother be referred to as a “classical artist.” Then she stepped back and allowed Garbus to discover Simone with fresh eyes. In Simone, Garbus found a fearless woman who, despite her flaws, helped shape jazz music and fuel the civil rights movement. “Being a visionary is often something that carries a price,” Garbus said. “Some people pay with their lives. Nina paid with soul and family.”

Lisa wasn’t on speaking terms with her father when he died in 2012. And though she repaired her relationship with her mother, there are still many things she would have said to her. “I wish the woman I am today could sit across from my mom, because my vision is so much clearer,” she said. “There’s less pain in my heart. I have compassion for my mother. I think of her with love and I still cry.”

When Lisa saw the final edit of What Happened, Miss Simone? , relief washed over her. “I danced around the room,” she said. “I felt a weight lift from my shoulders that I didn’t know was there.”

As Garbus made What Happened, Miss Simone? , another film about the artist, a biopic starring Zoe Saldana, was also in production. Lisa Simone initially spoke out against the biopic, Nina, claiming it wasn’t rooted in fact and criticizing the decision to cast Saldana in the title role. But when the biopic’s release was pushed to December, well after the release of What Happened, Miss Simone? , her anger subsided. “It doesn’t bother me anymore,” Simone said. “I equate myself with Clint Eastwood at the end of those Westerns: Save town, get back to your life and roast some marshmallows.”

Now 53, Simone tours regularly, performing standards as well as songs from her 2014 album, All Is Well (Laborie). She also appears twice on the recent compilation Nina Revisited: A Tribute to Nina Simone (Revive/RCA), produced by Lauryn Hill and Robert Glasper and released to accompany What Happened, Miss Simone? As much as she appreciates the documentary, Lisa said if she had the chance to relive the past decade, she wouldn’t have spent so much of her own life ensuring her mother was properly remembered. “It cost me a great deal,” she said. “I’m very happy with the result. … My mother will go down in history. That’s all I ever wanted.”

The last time Hilario Duran, the 69-year-old Cuban Canadian piano master and composer, teamed up with another pianist was in 2017, when he performed duets … END_OF_DOCUMENT_TOKEN_TO_BE_REPLACED

“Midnight Waves,” a highlight of Joey Alexander’s sixth album, Origin, describes the nocturnal ocean off Bali, where the teenaged pianist and his parents returned home … END_OF_DOCUMENT_TOKEN_TO_BE_REPLACED