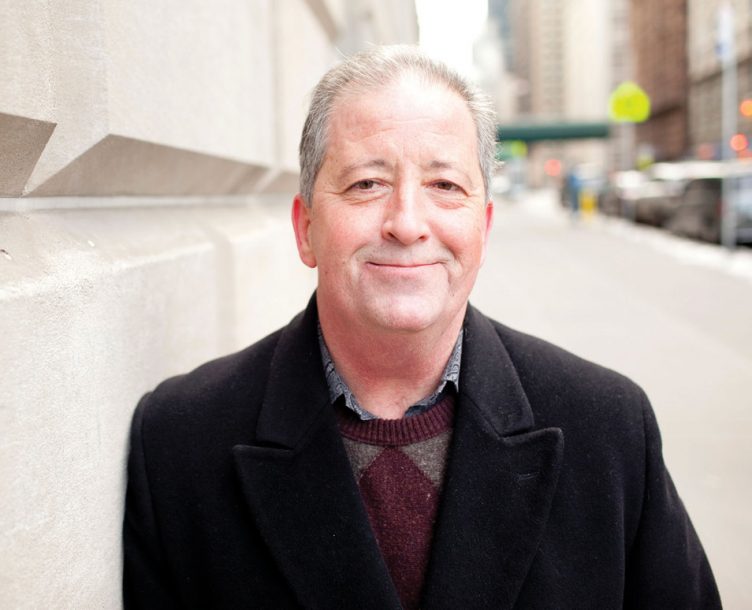 Since 2004, bassist Kermit Driscoll had been making New Year’s resolutions to document his own music as a leader. He’s best known for his 1987-1996 tenure with guitarist Bill Frisell, but name it and Driscoll has played it: Broadway shows, classical, folk, rock, film and TV music, the exacting work of Ben Monder, John Hollenbeck, John Zorn and more. Now he’s fulfilled that promise to himself and released Reveille (19/8), his long-awaited debut. It features his friends Frisell and drummer Vinnie Colaiuta, with new colleague Kris Davis on piano.

The catalyst was Driscoll’s life-threatening bout with Lyme disease, diagnosed at an advanced stage in 2005. Friends organized “For the Love of Kermit” benefit concerts, and according to Driscoll, “Vinnie was responsible for a lot of donations that came to me through the [musicians’] union. He was helping when I was real sick. And he kept saying, ‘We’ve got to play, we’ve got to play.’ It was Vinnie’s idea.”

Of the eight Driscoll originals on Reveille, some date back many years while others are new. The feel of the album is loose and flowing, with edgy guitaristic elements but also tightly composed and chamberlike thematic statements (five of the 10 tracks feature Davis). Says Frisell, “Kermit created an atmosphere where I wouldn’t say it was easy-there was some hard music-but he made it safe for us to go for it.”

That feeling of support harked back to the earliest days of their friendship. “Kermit was so important to me in getting the confidence to find my own voice and play my own music,” the guitarist recalls. “It’s easy to get discouraged, but from my first feeble attempts Kermit was there for me when I needed him. [Drummer] Joey Baron, too, though I met Joey later. When I put my first band together, there wasn’t any question: Those were the guys.”

Born in Nebraska in 1956, Driscoll dropped out of high school, toured the Midwest with rock bands and wound up at Interlochen Arts Academy, then the University of Miami. “It just so happened that Jaco Pastorius was teaching [in Miami] that one semester,” Driscoll remembers. “I met Jaco and it was all over. Just him in a practice room with a little amp-I’m hooked, I’m hooked.” (Jaco’s death in 1987 was a blow to the whole jazz community, but for Driscoll the wound seems especially raw. He couldn’t speak of it without tears.)

From Miami it was on to Berklee, where Driscoll and Frisell met on their first day in 1975. “Jaco got me fired up about playing the bass, and Bill got me fired up about playing music,” Driscoll says. “Without those two, you wouldn’t be sitting here with me today.” Was it Frisell’s compositions that inspired him most? “Every aspect of his life,” Driscoll responds. “We used to play gigs at Michael’s Pub in Boston for $4.50, and Bill would write it down on his calendar so he wouldn’t forget to pay taxes on it. He’s that honest.”

“Kermit is younger than me,” says Frisell, “but he already had way more experience on the road when I met him. He found himself working right away [in Boston]. I was scuffling along and he got me a gig with this Top 40 band called the Boston Connection. We played hotels and had to wear these orange polyester suits-there’s still a promo picture of this band. And the drummer was Vinnie Colaiuta.”

According to Driscoll, “We played disco and Vinnie was just playing his ass off. He was my roommate in Boston around ’76 or ’77. He used to play at me, but now he plays with me. And if you listen to Reveille, you hear how Vinnie is on Bill’s case all the time; you can hear how much he respects Bill, and likewise.” Driscoll’s album marks the first time Frisell and Colaiuta had played together since the disco band.

In Frisell’s ’80s and ’90s groups Driscoll played electric bass, at times in an unorthodox fashion. “Sometimes I’d play nothing but high-register stuff for a while,” he says, “not typical bass function all the time. I like to orchestrate on the bass.” Some of this was born of necessity, as Frisell explains: “[Cellist and quartet member] Hank Roberts injured his hand or finger, and suddenly we were playing the same music with three people. It was a moment when we were really cornered, and Kermit figured out all these ways to do it.”

On Reveille Driscoll plays upright bass on all but two tracks, one of the two being Joe Zawinul’s “Great Expectations,” an early specimen of electric Miles Davis (from the album Big Fun). Driscoll grinds out the rocking, “Peter Gunn”-ish line on his 1962 Fender Precision. “That’s going back to all the stuff we were listening to when we first met,” says Frisell.

The other non-original on Reveille is “Chicken Reel.” Listeners of a certain age know it as the music that used to introduce Foghorn Leghorn, the man-sized talking rooster from TV cartoons. “That’s the Frisell influence,” Driscoll says, “the Americana influence. Why not play the music from when you were a kid? What about when you sang in fourth grade?”

Kris Davis, on piano, brings out the complex, multi-voiced aspects of Driscoll’s writing and gives the band’s improvising a jolt. Originally from Canada, Davis has become vital to the New York scene in recent years, working with the likes of Tony Malaby, Tyshawn Sorey, Jon Irabagon and many others. She met Driscoll while subbing for Gary Versace in John Hollenbeck’s Large Ensemble. “I thought, here’s a piano player who can play anything in the world,” Driscoll declares. “Her technique is boundless, but she might also play one note, or stop playing. And you must know how rare that is in a pianist.”

“I received an e-mail from Kermit out of the blue,” Davis recalls, “asking me if I would be interested in playing on his first record, with Bill Frisell and Vinnie Colaiuta. I remember sitting at the computer in shock, beaming with excitement. He and I met up many times to work on his compositions and get some experience playing together. From the beginning I felt very comfortable. Kermit really just wanted me to do my thing and not control it; he would always say that to me.”

Fitting in among these three veterans and dear friends could have been daunting, but Davis’ contributions-prepared-piano atmospherics on “Ire,” hypnotic chord cycles and smart soloing on “Thank You” and “For Hearts”-are integral to the success of the date. Pressed for a favorite Driscoll composition, she chooses “Hekete”: “I like how the form unfolds, first with Bill and me weaving our lines in and around each other, and then my solo as a transitional section into the faster groove.”

There is an earlier version of “Reveille,” the closing title track, on trumpeter Russ Johnson’s 2005 album Save Big, and the contrast is striking. As bassist on the Save Big session, Driscoll configured the tune as an airy quasi-ballad with two horns and no chord instrument. On the new album we hear it spontaneously arranged for guitar, bass and drums. Colaiuta puts down a double-time ride cymbal feel, altering the rhythmic environment completely. “That was take one,” Driscoll comments, and it involved no prior discussion. “Bill came in the day before with Kris to rehearse, but Vinnie just sight-read everything. I gave him a tempo, he counted it off and we started.”

It’s clear from Reveille, and from Driscoll’s bearing, that Lyme disease hasn’t robbed the bassist of the attribute John Hollenbeck says he most admires: “Unabashed, raging enthusiasm, on and off the ‘court.'” And yet still he struggles. He mentions he’s been hospitalized twice in recent months, but otherwise his health is an area he’d rather not talk about at length. “The fact is so much can be created by the mind,” he says. “If I say I’m sick, I’ll be sick. If you tell yourself you’re well, you’re going to be well. The mind is so powerful.”

Guitarist Will Bernard bears the bittersweet blessing of virtuosic skill and eclectic taste, making his music a perpetual delight and yet hard to categorize. Maybe … END_OF_DOCUMENT_TOKEN_TO_BE_REPLACED

At 95, Chicago-based guitarist George Freeman is among the world’s oldest active jazz musicians. Although he came of musical age in the 1940s and counts … END_OF_DOCUMENT_TOKEN_TO_BE_REPLACED

When you’re on TV, everybody knows you, or at least thinks they know you. Take Kevin Eubanks, who was on NBC’s Tonight Show five nights … END_OF_DOCUMENT_TOKEN_TO_BE_REPLACED