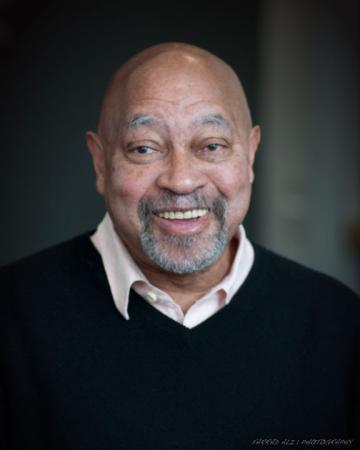 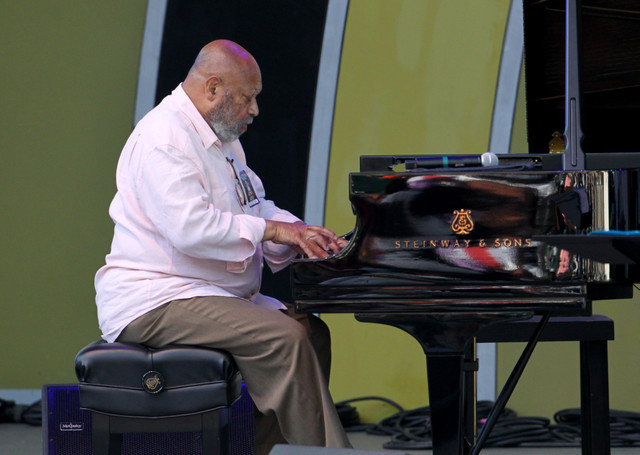 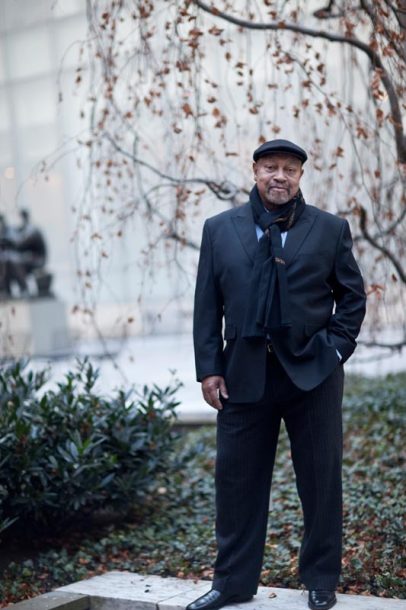 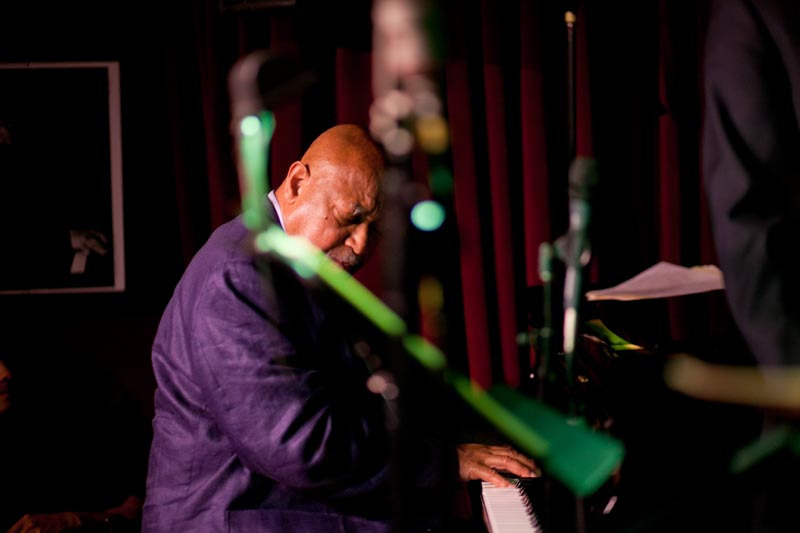 Kenny Barron at the Village Vanguard in 2013 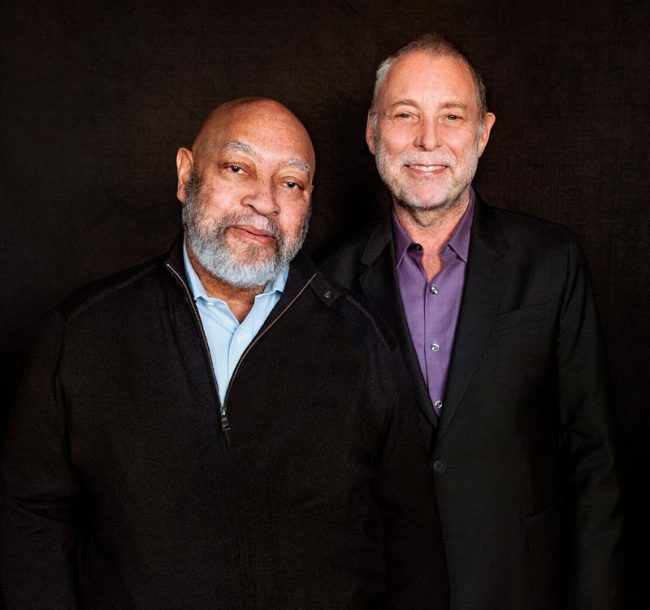 “An icon.” I’ve just used the word to describe 71-year-old pianist Kenny Barron, and as we get up from a dimly lit but bustling happy hour in Midtown Manhattan, he’s not buying it for a second. In fact he scoffs at it, then drapes a tan overcoat over his rotund frame for the walk back to Birdland, where he’s playing out the week in a duo with Dave Holland. It’s October, about a week after the release of The Art of Conversation, the pair’s album for the recently revived Impulse! label.

His scoff isn’t one of contempt but amusement. Calling Barron an “icon” implies that he’s a celebrity, a household name and face—and in the 2010s such jazz icons are either dead or on TV. “I’m not that big a deal,” he says.

But few in the jazz community would agree. Before you hear a note, Barron’s career reads as iconic. A Philadelphia native, he learned jazz through his saxophone-playing older brother Bill and took piano lessons with Vera Bryant Eubanks (sister of Ray, mother of the Eubanks brothers). He cut his teeth at 17 with Yusef Lateef, spent four years with Dizzy Gillespie, and worked with Joe Henderson and James Moody before beginning in earnest to build a solo career in the early ’70s.

Since then, Barron has led trios—currently with bassist Kiyoshi Kitagawa and drummer Johnathan Blake–as well as quintets and sextets and the all-star bands Sphere and the Classical Jazz Quartet. He’s a prolific duo performer as well: Among others, Barron has collaborated with violinist Regina Carter, vibraphonist Joe Locke and bassists Buster Williams and (frequently) the late Charlie Haden. Stan Getz’s divine final recording, People Time, was captured during a duo stand with Barron in Copenhagen. As a sideman Barron is just as active and consistent: He’s a veteran of hundreds of live dates and recording sessions, including his work in Getz’s quartet from 1986 until the saxophonist’s death in 1991.

The institutions around the music consider Barron a big deal, too. He is an NEA Jazz Master, a Fellow of the American Academy of Arts and Sciences and a nine-time Grammy Award nominee. So does academia: He spent more than a quarter-century teaching at New Jersey’s Rutgers University; he’s since taught at Manhattan School of Music and, currently, Juilliard, mentoring dozens of artists.

“Certainly he’s established himself as one of the leading piano players we have with us,” says Holland. “He’s a master.”

That mastery is on fine display at Birdland. Barron, now in a gray pinstriped suit, and Holland tackle Charlie Parker’s “Segment” with gusto; the piano solo is an odyssey of hard-swinging, bluesy variations on the theme. On Holland’s “The Oracle,” Barron begins in a delicate ostinato, gradually applying more emphasis and embellishment until it becomes a declaration of intent (and soul). He renders his own Ornette-ish “What If” as a rhythmic collage: Uptempo bebop, bossa nova, even eighths and rock backbeats all appear in Barron’s phrasing, which he casts in textures that dart between intimations of Bud Powell and Cecil Taylor.

Barron is renowned for his unerring time, his love of Latin and Brazilian rhythms (employing them even in his bop-based playing) and a harmonic confidence that often translates into derring-do. His touch is the stuff of legend: high polish but also subtlety and sensitivity, every note throwing a soft glow that you can all but see. “His touch on the instrument is just really beautiful,” says pianist Aaron Parks, a former student. “Such poise.” Then there’s his melodic conception. Barron might develop a composition or improvisation through short riffs, or spin long linear lines, but in both cases he maintains infectious lyricism and precise logic. One can recognize a Barron piano construction within two bars.

Powell is one of his greatest influences. (At the Piano, his 1981 solo recording, includes a dead-on impersonation in the tune “Bud-Like.”) Greater still, however, is Tommy Flanagan, the graceful and gregarious hard-bopper who died in 2001. “The touch that Tommy Flanagan had, that was the touch that Kenny had in the very beginning,” says trumpeter Jimmy Owens, a friend for 50 years. Indeed, listening to Barron’s first recording, his brother’s 1961 Savoy date The Tenor Stylings of Bill Barron, one can hear the pianist applying Flanagan’s trademark descending phrases and dissonant chord voicings.

But three years later, Gillespie’s Something Old, Something New found him experimenting with arpeggios and thematic abstractions like those of Thelonious Monk. (The latter evolved into one of Barron’s own hallmarks.) He kept developing. By the time of his own first album, 1973’s Sunset to Dawn, Barron’s style had matured. “Trying to find my way!” Barron laughs, characterizing his early days. And how long did it take to find it? “I’m still looking for it!” he exclaims. “I’m serious! I’m closer—and I’m what, now, 71—but I’m still trying to find it. Someone once said music is a journey, and it’s a never-ending journey. And you don’t ever want to arrive. If you arrive, it’s over.”

The last time Hilario Duran, the 69-year-old Cuban Canadian piano master and composer, teamed up with another pianist was in 2017, when he performed duets … END_OF_DOCUMENT_TOKEN_TO_BE_REPLACED

“Midnight Waves,” a highlight of Joey Alexander’s sixth album, Origin, describes the nocturnal ocean off Bali, where the teenaged pianist and his parents returned home … END_OF_DOCUMENT_TOKEN_TO_BE_REPLACED