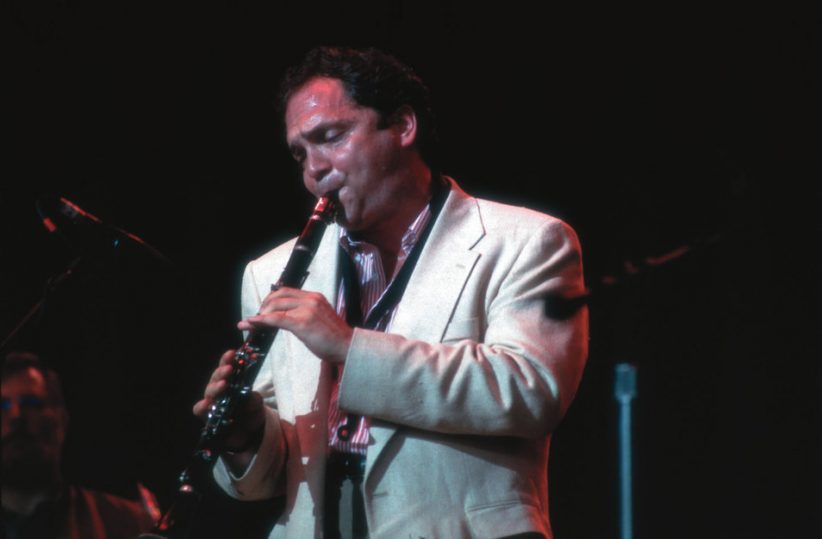 Name a style of jazz—bop, trad, big band, avant garde, even toss in some 20th century classical stuff. Reedman Ken Peplowski has listened to it, studied it, and probably played it.

His tastes are truly diverse, and yet he’s able to keep his identity in any situation or setting.

The secret? “I can honestly say that everything I play I like,” he says from his home in New York. “I like to keep my ears open and I put myself into my playing. I don’t worry about how the end result will be labeled. To this day, a lot of people still think of me only as a swing, Benny Goodman-type player, even though I’ve done so many different things.”

Because of his passion for music in all of its forms, Peplowski relishes his role as an interpreter putting his own spin on whatever he’s playing. “The essence of jazz is improvisation,” he says.

“It’s the common denominator. Even if I play those classical things or a ballad, there’s a way to interpret the piece and put my own personality into it. It’s  something I learned from working with Sonny Stitt, who told me that whatever I do, I’ve got to please myself.

“And I really believe that,” he continues. “If you’re honest as a performer and you know you’re putting yourself into your instrument, you are a success.”

His quest for individualism has strengthened Peplowski’s resolve to take more control of his own music. “I really want to be able to pick and chose the things I want to do,” he says. “I want to work with my own group and I’d like more ambitious projects.”

And he’s been doing just that, calling his quartet’s latest Concord Jazz release, The Other Portrait, with the Bulgarian National Symphony, his most challenging and most rewarding recording and also the most stressful. “I worked for a year on this and I practiced like crazy,” he says. “There are two main classical pieces, the Darius Mihaud ‘Concerto for Clarinet,’ and the Lutoslawski ‘Dance Preludes,’ along with compositions by Ellington, Strayhorn, Miles Davis and Ornette Coleman. It’s a nice combination of the old and the new.”

Forthcoming on Concord is yet another new twist for Peplowski, a big band outing, featuring a concerto for clarinet and big band in three movements, written by guitarist James Chirillo. “I’m really proud of the small group things, too,” he said. “My group really has it together.” It features Chuck Redd on drums, bassist Greg Cohen, whom Peplowski praises as a great composer, and pianist Ben Aronov, “an unsung hero. He’s a great player, a great writer and I wish there was someone out there with the foresight to record him.”

Having his own group is special for Peplowski, who confesses to spending a lot of time doing the “Sonny Stitt routine,” which is traveling around the country using local musicians. “That’s fun,” he says, “but there’s only so far you can go in that situation. Every time you show up, it’s like the first time you’ve played with them, and you have to work to find a common ground. It does make you learn to play your best in adverse conditions, but it’s really nice to take my own band.”

Stitt, obviously, was a main influence on Peplowski: “What struck me was his swinging,” he says, “and his great sound. His music, to a beginner, is more accessible than Bird’s. He used the same vocabulary, but it was more stripped to the bone. From him, I went on to Bird, Stan Getz, and Zoot Sims. I love Zoot. He had such a great sound and a great sense of time, the two things that are important to me both as a player and a listener.”

When it comes to clarinet idols, Peplowski of course lists Benny Goodman, with whom he has worked, as well as Buddy DeFranco, “one of the few guys to take the clarinet into another realm, a bop situation.” But Jimmy Hamilton was his first influence on the instrument.

And because of his passion for preserving his own voice, Peplowski adds that musical influences are fine, but that jazz artists must play in their own way and elevate their influences to the next level: “That’s a better service to jazz and a way to keep the music alive and moving ahead.”

Peplowski downgrades his compositional prowess, saying that he has written “some stuff” but not just to put something else on a record or to get some publishing money. “If someone comes along with a tune I’d rather play than my own, I’ll do it,” he says. “I get bored listening to recordings with ten original tunes. Not everyone’s a Duke Ellington, a Thelonious Monk, or a George Gershwin. My forte is interpreting material that people either give me or that I find.”

Peplowski spends about half the year on the road and he thrives on live audiences. “I recently did a tour overseas doing 28 jobs in 30 days,” he says. “They were all one-nighters. When you finish and find yourself wondering why you subjected yourself to such an ordeal, the phone rings and you agree to do it all over again. It just shows that music is more than just a career. It’s a part of your life, and you can’t separate the two.

Getting back to influences on his playing, Peplowski has the highest regard for Frank Sinatra. “I am a huge Sinatra fan,” he declares, “and I can say that he’s one of my biggest musical inspirations. If I could play a song and convey the same amount of emotion through my horn that he can with his voice, then I’ve won. His phrasing is perfection, and I enjoy every aspect of his career, even the later years. To hear the way that he used his voice when he had less command of it is amazing; he could still wring more emotion out of his songs than ever before. He is one of the greatest artists of the 20th century. I don’t think there’s anyone who can interpret songs as well as he does.”

His prognosis for jazz is guarded, calling today’s lifestyle one of both physical and intellectual laziness: “People have everything at their disposal at home 100 channels of television and the Internet; it’s easy to become spoiled and just sit back and have things given to you. But jazz is participatory music. It requires and investment on the part of its listeners. Most young people have never heard the old standards that we play. I hope there will be a backlash that causes these folks to come out of their homes to hear how exciting live jazz can be.”

Playing for this sometimes fickle public, however, can cause one to follow fads and lose identity-deadly sins, to be sure. “But when I get discouraged and ask ‘Why am I Kenny P instead of Kenny G?’ the worst thing I can do is get angry. Instead, I chose to play the music I want, and I play it as honestly and as well as I can.

“Hopefully, there will always be an audience for it.”

At 95, Chicago-based guitarist George Freeman is among the world’s oldest active jazz musicians. Although he came of musical age in the 1940s and counts … END_OF_DOCUMENT_TOKEN_TO_BE_REPLACED

When you’re on TV, everybody knows you, or at least thinks they know you. Take Kevin Eubanks, who was on NBC’s Tonight Show five nights … END_OF_DOCUMENT_TOKEN_TO_BE_REPLACED

Jimmy Katz leads many lives. He is the preeminent currently active jazz photographer, and has shot more than 200 magazine covers and over 600 recording … END_OF_DOCUMENT_TOKEN_TO_BE_REPLACED