Skip to content
Become a member and get exclusive access to articles, live sessions and more!
Start Your Free Trial
Home > Features > Keely Smith: Out From the Shadows 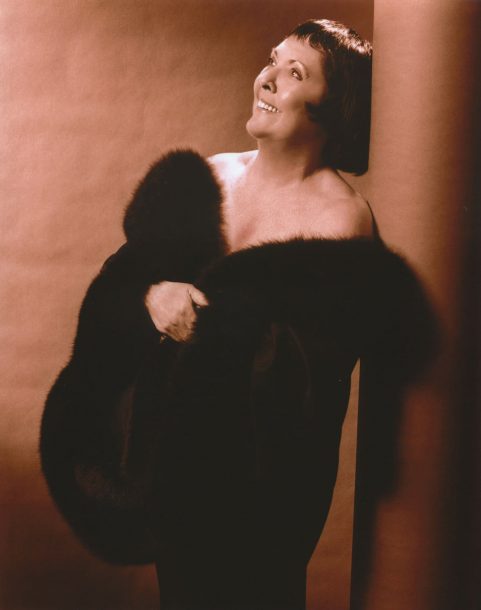 She can be counted, alongside bandleader/trumpeter Louis Prima, among the earliest architects of Las Vegas showmanship. When the very first Grammy awards were handed out in 1959, she was up for two, losing Best Female Vocal Performance to Ella Fitzgerald but scoring, with Prima, for Best Performance by a Vocal Group for their frenetic rendition of “That Old Black Magic.” (She wasn’t in attendance to accept, but made up for it earlier this year, recreating that same “Magic” alongside a clearly out-of-his-league Kid Rock on the Grammys’ 50th-anniversary telecast). Sinatra wooed and nearly married her. Sammy and Dino numbered among her closest friends. So did Bobby Darin. JFK tapped her to perform at his inauguration. She’s walked with kings, but has never lost the common touch. Such is the magic of Keely Smith.

She could (and, a more than a half-century on, still can) sing circles around the preeminent girl singers of her era: Doris Day, Jo Stafford, Patti Page, even Rosemary Clooney. Her power, her range, her interpretive skill and her emotive dexterity rival Ella and Sarah. Her stagecraft outshines them all. But Smith never craved stardom (still doesn’t). At the height of her 1950s popularity, when she and Prima were proving a bigger draw than many of the Strip’s headliners, she’d do her five shows a night (starting at midnight, ending at 6 a.m.), retire to the ladies’ room to read between sets, then head home to care for their two young daughters. Even her trademark demeanor—the deadpan ennui fans assumed was purposefully created as a counterpoint to Prima’s limb-flinging explosiveness—was accidental: While waiting for her turn to sing she’d stand stock-still in front of the piano and simply stare off into space, letting her mind wander.

Great individualists in jazz often constitute a School of One—musicians with such personal and idiosyncratic identities that they hover in a liminal state, anchored in … END_OF_DOCUMENT_TOKEN_TO_BE_REPLACED

Earl Newman wasn’t much of a jazz fan back in 1963 when he was hired to produce a poster promoting the Monterey Jazz Festival; the … END_OF_DOCUMENT_TOKEN_TO_BE_REPLACED

Jazz music really was a saving grace in my life,” says pianist, composer, and bandleader Helen Sung. She approaches the big statement with little ceremony, … END_OF_DOCUMENT_TOKEN_TO_BE_REPLACED

America’s most famous harpist is Harpo Marx: he of the curly mop of hair, sealed lips, and an overcoat full of props. When he sat … END_OF_DOCUMENT_TOKEN_TO_BE_REPLACED