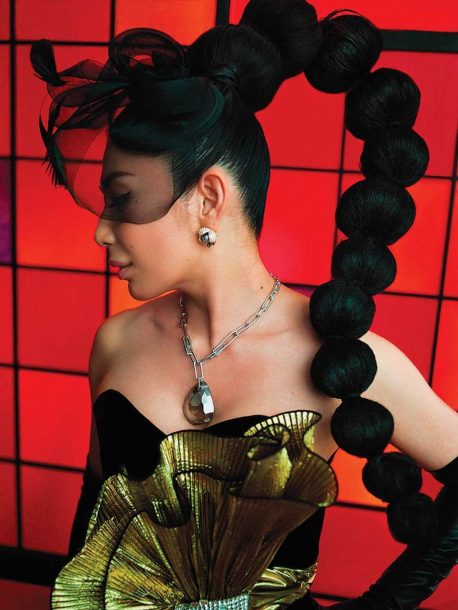 Even when their careers are in full swing, some musicians need to recoil. That’s what happened to pianist Junko Onishi, who released a well-received string of discs on Blue Note in the mid-1990s. Toward the end of that decade, however, Onishi decided she needed to take a step back and woodshed.

Some of her inspiration to reflect and reassess came from the legendary pianist Jaki Byard, who mentored Onishi during the last year of his life. “I was only a 30-something Japanese girl then,” recalls Onishi, who is now 43. “There were so many things that I really needed to learn. [Byard] kind of gave me the answer, which was for me to shed deeply.”

Onishi returned to Japan and stayed away from the studio. Soon after, Byard died in 1999, leaving a tremendous void in her life. “I felt like I lost everything; I felt like I didn’t have any more mentors,” she says. “For the first couple of years, I didn’t even touch the piano.” Nevertheless, Byard left sheet music for her to workshop.

After withdrawing from performance, recording and even serious practice for nearly a decade, Onishi had to regain her skills almost from scratch. “I lost all kinds of technique,” she explains. “Physically, I learned that I needed to be bigger. So I started training at the gym. Playing the piano is very physical, so that was important.”

Last year, Onishi released Musical Moments (Blue Note Japan), a trio date featuring drummer Gene Jackson and bassist Yosuke Inoue. And with the recently released Baroque (Verve), she returns to the U.S. market with a louder announcement. The new disc differs greatly from most of her previous offerings; first off, she’s expanded her ensemble to include frontline horns, percussion and two bassists, who sometimes play simultaneously. Dedicated to Byard, Baroque rumbles with an edgy vivacity that wasn’t evident on her previous albums.

On the opening original, “Tutti,” saxophonist James Carter, trumpeter Nicholas Payton and trombonist Wycliffe Gordon hurl through the propulsive rhythms, spurred by percussionist Roland Guerrero, drummer Herlin Riley and bassists Reginald Veal and Rodney Whitaker. Onishi’s luxurious, nearly 20-minute “The Threepenny Opera” features exemplary solos from most of the the members, but it’s Onishi who delivers the song’s most revealing solo, marked with strides, glissandos, tremolos and other animated features. There’s a noticeable Mingus-like vibe throughout-most explicitly on the riveting makeover of Mingus’ “Meditations for a Pair of Wire Cutters.” “I started out learning Duke Ellington’s songs,” explains Onishi. “[Mingus] was the one who made Duke Ellington’s music sound great in a small combo. He is a good model for me.”

Those only familiar with her ’90s trio discs may be surprised by the expanded ensemble. Onishi argues, however, that those trio dates were suggested by the record company. “When I signed with Blue Note/EMI, they preferred piano trios, especially in Japan. Piano-trio records sell much better in Japan than the jazz CDs with large ensembles,” she says. Onishi adds that she always wanted to record with bigger groups because of her experience in the Mingus Dynasty and other large bands led by Joe Henderson and Betty Carter.

Still, it was 1994’s two-volume Live at the Village Vanguard piano-trio series that afforded Onishi her favorite rhythm section of Riley and Veal. When it came to recruiting a drummer, Riley was a no-brainer; but for the bass role, Veal had to share Onishi’s affections with Whitaker. She couldn’t decide which one to choose for Baroque so she invited both. Says Onishi, “At first, I was thinking of using one on some tunes and the other on other tunes, but when I was writing the music, it began sounding like Charles Mingus. Mingus was such a strong and unique bass player, so I came up with the idea of using two bass players together.”

“Rodney and Reginald were great to work with because they have the same type of sincerity to their playing, even though they have different feels,” Riley adds. “When they played at the same time, they had different roles. One guy would do the time-keeping role or set the groove, and the other would solo over that.”

When asked how he thinks Onishi has progressed since those Village Vanguard dates, Riley says, “Oftentimes, when we back off of something for a while and come back to it, there’s a deeper understanding, sensitivity and power, because you’ve had time to reflect. I think she’s reflected on what she wants to do with her music and how she wants to present it. I think her music has a lot of thought behind it, not just a lot of random stuff. There’s a special sensitivity that she has now that wasn’t as present before.”

Put a “the” in front of a name and it acquires historical heft. The Thelonious Monk who entered New York City’s WOR Studios as Halloween … END_OF_DOCUMENT_TOKEN_TO_BE_REPLACED

On the enchanted evening of August 16, 1958, Ella Fitzgerald took to the stage of the legendary Hollywood Bowl. There, with a lustrous orchestra conducted … END_OF_DOCUMENT_TOKEN_TO_BE_REPLACED

Be careful what you wish for.  By the beginning of 2020 guitarist Mary Halvorson, one of the most acclaimed musicians of her generation, was also … END_OF_DOCUMENT_TOKEN_TO_BE_REPLACED

Guitarist Will Bernard bears the bittersweet blessing of virtuosic skill and eclectic taste, making his music a perpetual delight and yet hard to categorize. Maybe … END_OF_DOCUMENT_TOKEN_TO_BE_REPLACED