Skip to content
Become a member and get exclusive access to articles, live sessions and more!
Start Your Free Trial
Home > Features > Jonathan Kreisberg: The Underdog 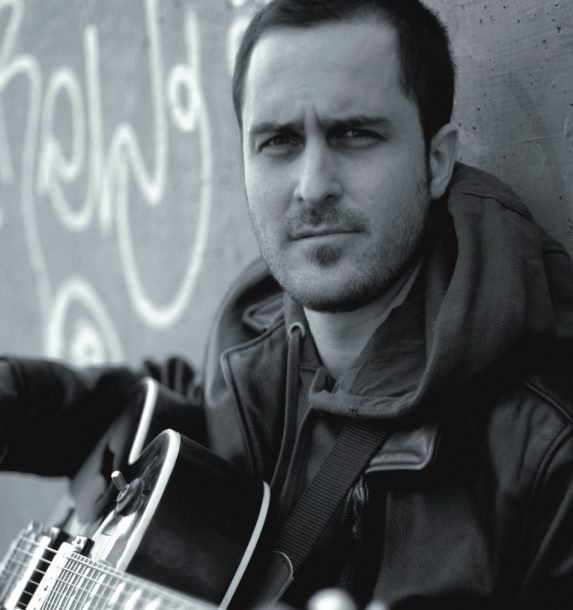 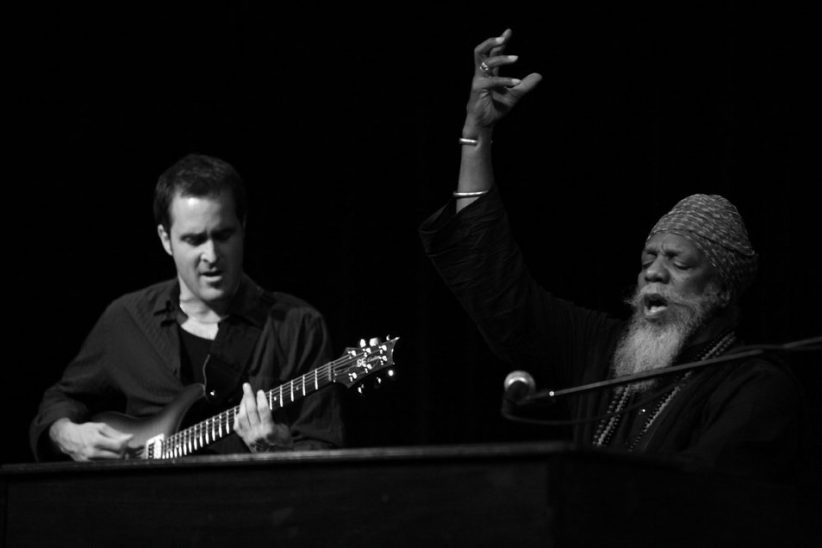 In his fourth-floor apartment in Midwood, deep in the heart of Brooklyn, on a recent spring day, Jonathan Kreisberg offered a visitor a chair amid a chaos of unopened boxes, cleaning supplies and construction tools. It’s a time of new beginnings for the journeyman guitarist-a newly renovated two-bedroom that he will share with his Colombian bride, whom he’d married just a week earlier; and a recent album, Wave Upon Wave (New for Now), that represents a consolidation of his considerable gifts as composer and jazz guitarist.

Time will tell whether it’s a breakthrough year for Kreisberg, 42, who has slowly, steadily amassed an international following, especially in Europe, where he frequently plays packed clubs and jazz festivals. Although highly rated by his peers and critics-seven previous albums have earned rave reviews-Kreisberg has mostly flown under the radar. “I realized long ago that I was never going to be a ‘golden child,'” he says. “I’m quite comfortable with the ‘underdog’ moniker. I think I like it.”

After 17 years on the New York scene and countless gigs-especially those as a mainstay of the funky, cosmic organ trio led by Dr. Lonnie Smith, with whom he’s played since 2009, and with his own groups-recognition of his dazzling musicianship is growing. “Jonathan’s facility stands out,” says another highly adept guitarist, Rez Abbasi. “The guitar can be very physical, but his ability transcends the instrument. He can play it like a piano player, dropping chords into his solos at will. It’s impressive.”

The title track is aptly named: Beginning in a leisurely 6/8, one measure after another is bisected by a two-chord figure (played by guitar and alto in single notes, a third or fourth apart); they crash in dependably on the 2 and 4, like waves upon the shore. Two of the album’s eight tunes are standards: a radically reharmonized “Stella by Starlight” and the album’s closer, Horace Silver’s “Peace,” an elegiac homage to the late pianist-composer.

Kreisberg has been something of a maverick for most of his career. He self-released his first trio record at the age of 21 after graduating from the University of Miami, which he attended on a scholarship. (He was born in New York and began on guitar at 10, following a move to Miami with his family.) Although he spent a few years on the Criss Cross and Mel Bay labels, all his recent work has been on his own New for Now label. “This is a unique and amazing time for indies like me,” he says. “I grew up in the era of the record label. If you talk to guys older than me, basically, if you didn’t get on a label like Blue Note, you were screwed. Now you have the Internet, e-mail lists, Facebook. You can have a website, hire a studio, a CD replication plant, a publicist-all the things the label used to do. It’s a lot of work, but there’s something pure about that direct connection [with the public]. Guys like me, ironically, who were doing this all along, may be more prepared than guys on bigger labels. Everything is there for an artist who is focused and has a strong idea of what he wants to do.”

Another benefit of being independent, he says, is “the freedom to reinvent yourself.” After a string of releases with his trio, usually supplemented by piano and alto sax, he changed direction in 2013, recording One, an album of solo guitar, mostly liberal interpretations of standards played live with no studio tricks. At least one reviewer assumed, incorrectly, that Kreisberg had used overdubs, a testament to his prodigious chops.

He continues to oscillate between his own tunes and standards. “I like both,” he says. “I grew up listening to guys like Keith Jarrett and Coltrane, who could treat standards in a way that they became their own. Maybe that’s why I find interpreting tunes as interesting as writing tunes. When I play standards, it’s not so different than originals for me. I’m just using someone else’s melody, but I’m treating it the same way as I would my own songs.”

Despite his sometimes astonishing facility, or maybe because of it, Kreisberg tries to cultivate humility when he plays. “I want it to be a giving thing,” he says. “I like it when you play a concert, and people come up to you and say, ‘Man, I was so bummed. I’ve been dealing with all this stuff, but when I heard you guys tonight it really made me feel something, and I appreciate it.’ When someone says something like that to me, it means more than a thousand people saying, ‘Oh, man, you play so fast,’ or ‘Those chord changes are so sophisticated.’ I like sophistication, too, but, at the end of the day, it’s not about trying to impress people; it’s about making them feel something.

For me, there’s a humility in that.”

Guitarist Will Bernard bears the bittersweet blessing of virtuosic skill and eclectic taste, making his music a perpetual delight and yet hard to categorize. Maybe … END_OF_DOCUMENT_TOKEN_TO_BE_REPLACED

At 95, Chicago-based guitarist George Freeman is among the world’s oldest active jazz musicians. Although he came of musical age in the 1940s and counts … END_OF_DOCUMENT_TOKEN_TO_BE_REPLACED

When you’re on TV, everybody knows you, or at least thinks they know you. Take Kevin Eubanks, who was on NBC’s Tonight Show five nights … END_OF_DOCUMENT_TOKEN_TO_BE_REPLACED